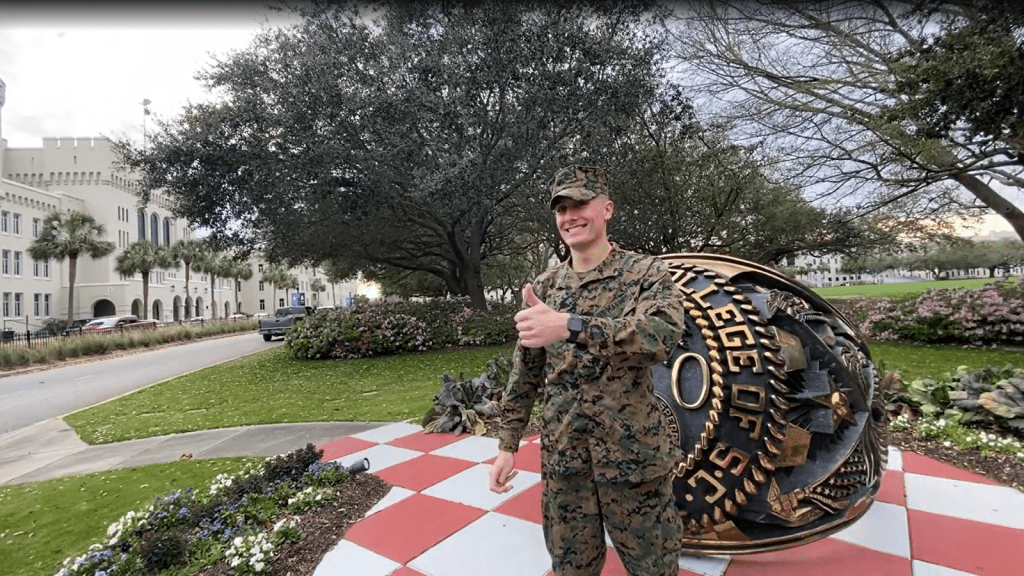 The Citadel took home first place in the Association of Military Colleges and Schools (AMCSUS) Fitness Competition; putting the school in a national spotlight.

A group of five Cadets, 4 male and 1 female, competed against 36 other military colleges and schools from across the U.S. Each individual’s strength was tested by the 3 categories of the U.S. Airforce Physical Fitness Test; max effort push-ups, max effort sit-ups, and a timed 1.5 mile run.

“Yes, you can meet the minimum standard, but there’s a maximum standard as well. And there’s rewards for that. For 1, bragging rights,” says Cadet Adam Niehoff.

To Niehoff, physical fitness tests are just a part of life. Between commanding the 4th Battalion and preparing to commission in the Marine Corps; he’s no stranger to sit-ups.

In fact, it was his stellar sit-up performance at the AMCSUS competition that helped bring the team over the finish line.

Not only did he manage 93 sit-ups in 60 seconds, Haugen also broke down the technique that goes into the judging process.

Beyond the physical challenge, much of the competition happens mentally. Which is why the words “resilience, grit and wellness,” are stamped on each of the Cadet’s challenge coin.

“In the 5 years I’ve been here this is the first time we’ve actually won, so this is pretty exciting,” says Haugen. Considering that this is also her first year as Director of Physical Fitness, she’s set the bar very high for the future.

As for Niehoff, he plans to continue being a leader on campus before hopefully beginning basic training in August of this year. He says that his time at the Citadel has prepared him well for what’s to come.