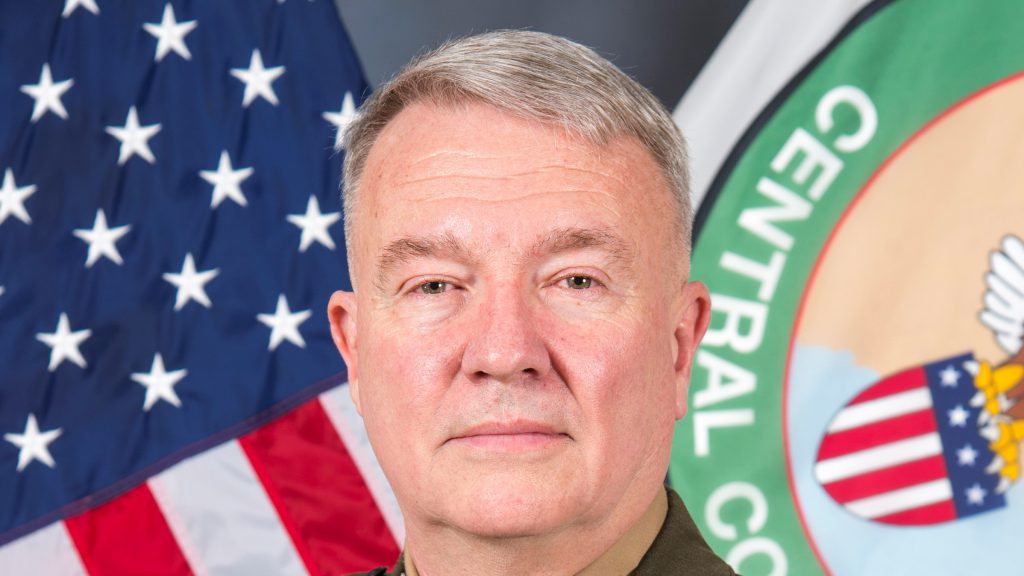 As seen on WCSC – Live 5 News, by Nick Krueger

The man who gave the order to start the operation which led to the death of Islamic State leader Abu Bakr al-Baghdadi spent some of his younger years as a student at The Citadel.

During a press conference Wednesday at the Pentagon, Gen. Kenneth “Frank” McKenzie Jr., a member of the class of 1979 and Commander of U.S. Central Command, showed how special operations troops from the Army’s Delta force approached a compound close to the village of Bashira near the Turkish border.

“I ordered the mission to commence from my headquarters in Tampa at around 9 o’clock a.m. eastern time on Saturday the 26th,” he said. “Throughout the day I was in contact with the President and his national security team as they monitored from the White House.”

In detail, McKenzie described how troops released civilians from the compound, then discovered Baghdadi hiding in an underground tunnel with two children under the age of 12.

Five people in addition to Baghdadi were killed in the raid. Two suspected militants were detained and taken from the site, and U.S. airstrikes then flattened the compound, according to McKenzie.

The general also addressed President Trump’s remarks Sunday that Baghdadi ‘died like a coward’ and that he was ‘whimpering, screaming and crying.’

In recent days, the remark has come into question as Pentagon officials have been unable to confirm the source of the detail concerning Baghdadi’s final moments.

“I can tell you this: He crawled into a hole with two small children and blew himself up while his people stayed on the ground, so you can deduce what kind of person it is based on that activity,” he said. “That would be my empirical observation of what he did, I’m not able to confirm anything else about his last seconds.”

He also noted Baghdadi’s identity was established through DNA analysis and his remains were buried at sea within 24 hours.

After his graduation from The Citadel, he was commissioned into the Marines and trained as an infantry officer. He assumed command of U.S. Central Command in March 2019 and also gave a commencement speech at The Citadel in May.