Beaufort, South Carolina, and The Citadel 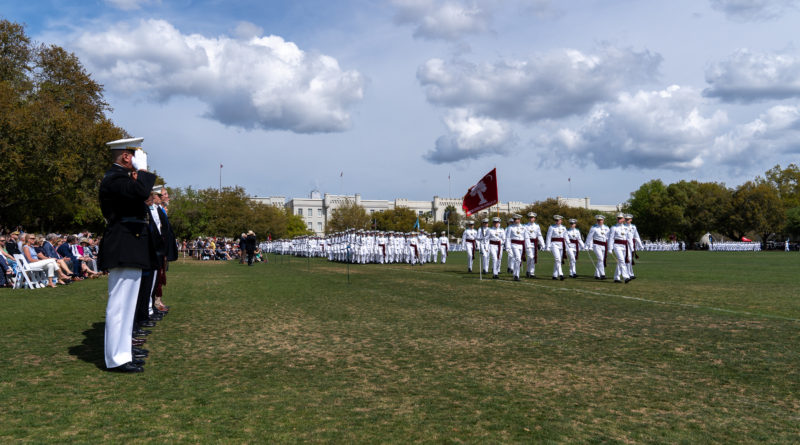 As seen in Beaufort Lifestyle
By Nathan Livesay, photos by Susan DeLoach

Because of the writings of Pat Conroy, Beaufort and The Citadel will always be linked. The Conroy name is synonymous with both the town and the institution and you don’t have to look very far to find evidence of the mark his life and writing left on either. Conroy lived in Beaufort, attended The Citadel and later told the story of his time as a student and athlete there in his books My Losing Season and Lords of Discipline. Although the not so flattering accounts of his time caused quite the controversy, Conroy, a 1967 graduate, and The Citadel eventually buried the hatchet and he was awarded an honorary degree and returned as the commencement speaker in 2001.

But Conroy is not Beaufort’s only connections to Beaufort, every fall dozens of Beaufort teenagers head to Charleston to begin the process of becoming a cadet at the Military College of South Carolina. A quick check of the most recent semester’s Dean List will show more than a dozen names of students from Beaufort.

The Citadel was founded in 1842 and strives to prepare its graduates intellectually, physically and morally to be productive citizens in all walks of life. It emphasizes the core values of Honor, Duty, and Respect in a disciplined academic environment to build character, educate the mind and develop principled leaders. Although much has changed at The Citadel over nearly two centuries those values and goals remain very much their mission.

The Citadel is unique in that it is a military school, but, unlike other service academies, graduates are not required to serve in the military after graduation. All students participate in the ROTC program during their time at The Citadel and several students accept military commissions upon graduation but it is not mandatory. Life at The Citadel is challenging, but the benefits are immense and so The Citadel’s 62% 4 year graduation rate is the highest rate of all 4 year public colleges in South Carolina. The Citadel has also been named the best public college in the south for 8 consecutive years by U.S. News and World Report.

Because they believe the first step in becoming a leader is to be a good follower, the most difficult year at The Citadel is the first year. Life as a Fourth Class Student or Knob is not for everyone as evidenced by a 16% drop out rate during 2017-2018 school year. Knobs report to the campus a week before classes begin for an orientation week often referred to as “challenge week.”

During their year as Knobs students must learn to balance strict disciplined routine and schedule, rigorous academics and intense military training. They are expected to follow all instructions given to them by older cadets and to follow college protocols at all times. Their life is strictly controlled. Male cadets are required to have a buzz cut when they first matriculate. But after that, they follow the same DoD policies that upperclassmen follow (no more than 2 inches). Women cadets do not have to cut their hair when they matriculate, nor do they have to keep it below a certain length. They are told how fast to walk (120 steps per minute), and they are constantly instructed on how to properly make a bed, sweep the barracks, shine shoes, polish brass and salute their superiors. A typical day for a knob is highly structured. Each day includes physical training, military training and their academic classes. They are required to assemble in formation and march to each meal. After making it through this year, cadets are fully recognized and begin to have more freedom and opportunities for leadership throughout the remainder of their time at The Citadel.

When so many people look forward to college as a time of fun and freedom why do people continue to choose to subject themselves to this difficult and non-traditional college experience? The answers are a varied as the cadets. For some it is legacy, they are carrying on a family tradition. Their fathers and grandfathers attended and they never even consider another path. Others are drawn to the challenge and still others crave the discipline that they know will allow them to achieve success in whatever they attempt after college. While the discipline and structure is off-putting to some people it brings out the best in others and develops their character and leadership abilities in a way that would not have happened for them at another school. Some come to get a head start on a life of military service while earning a degree that they will use immediately in the armed forces and later in the private sector. Another often mentioned reason is that people are drawn to the camaraderie and connections forged through shared experience, the network of Citadel graduates is well developed throughout South Carolina and beyond. Graduates across the years share a bond and are quick to help others who wear the ring.