Atlanta attorney and humanitarian pledges $20 million to The Citadel 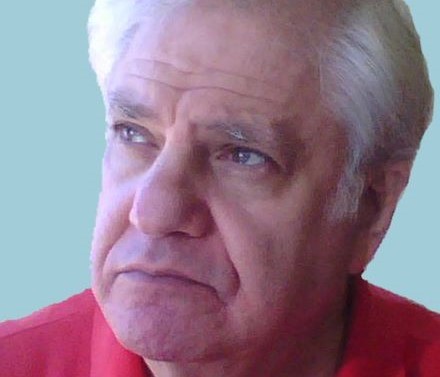 He may be retired, but Atlanta attorney William Baer Endictor, The Citadel Class of 1959, continues to make a name for himself through his extensive volunteer and charitable work.

The former assistant solicitor for the state of Georgia and Fortune 500 CEO has found a new passion in fighting food insecurity to help the less fortunate members of his community. He has taken on the cause like a new career, working tirelessly as a volunteer to support Feed the Hungry and the Atlanta Community Food Bank, along with several local hospitals.

Endictor firmly believes that charity begins at home. In addition to his extensive support of his local community, his attention has never wavered from his roots and experiences as a cadet at The Citadel, which he credits for much of his success. To make similar opportunities available for generations of cadets to come, Endictor has decided to bequeath his entire estate to his alma mater.

Recently, Endictor announced a legacy gift totaling approximately $20 million at today’s value to support the greatest needs of the college through The Citadel Foundation (TCF). This gift—among the largest TCF has ever received—is an expansion of a previous bequest of $2.5 million initially documented in 2009.

How Endictor’s generosity will contribute to his alma mater

Endictor’s thoughtful and strategic placement of funds will provide for the greatest needs of the college and significantly augment the Academic Enhancement fund. This fund plays a critical role in securing the college’s academic excellence through TCF’s annual academic enhancement grant to The Citadel. Each year, this distribution of several million dollars from TCF to the college supports educational enrichment opportunities, scholarship support for faculty and students, program enhancements, and technology upgrades and improvements.

“In supporting the college’s strategic plan, Our Mighty Citadel 2026, this gift helps ensure The Citadel remains strong in the future,” said The Citadel President General Glenn M. Walters, USMC, Ret., ’79.  “Academic enhancement is the lifeblood of this institution, supporting our mission to educate principled leaders. By generously supporting this fund, Bill’s estate gift secures his legacy of leadership and reinforces his lifetime of service to his alma mater.”

Endictor, who lives in the Atlanta suburb of Brookhaven, Georgia, is a retired lawyer who specialized in trial work. He is a former Georgia Assistant Solicitor as well as a corporate attorney for the former E.T. Barwick Industries. Endictor advanced to the position of chief executive officer and member of the then Fortune 500 company’s board of directors.

Why he loves The Citadel

Endictor is deeply passionate about his alma mater, made evident through his service as a member of both the President’s Advisory Committee and The Citadel Foundation Board of Directors, and as the former TCF Class Chairman for the Class of 1959.  He is a member of The Citadel Legacy Society and the Society of 1842 lifetime giving societies, as well as a Past President of The Citadel Alumni Association. In 2011, he was awarded an honorary Doctor of Laws degree from The Citadel.

In 2009, to celebrate his 50th class reunion, Endictor documented a significant legacy gift in an effort to recognize and repay the role The Citadel played in the success he achieved in life. He named The Citadel as the sole beneficiary of his entire estate, becoming one of only a handful of donors who have done so.  In the decade since, he has seen the value of his estate grow, allowing him to substantially increase the amount of his legacy gift to The Citadel.

Modestly downplaying his own career successes, Endictor attributes the bulk of his wealth to two factors: the influence of his mother and father, and his experience as a cadet at The Citadel.

“The Citadel Foundation is the life-blood of The Citadel. Without the Foundation, Lesesne Gate would have closed decades ago,” said Endictor regarding the inspiration for his generous gift. “The leadership of The Citadel is outstanding. I have always said that the smartest thing anyone can do is to hire the right people and then get out of their way.”

TCF President and Chief Executive Officer John P. Dowd III, Ph.D., notes the significant impact this gift will have on the future of the college when the bequest is realized.  “Through his extensive professional accomplishments and volunteer service to The Citadel, Bill Endictor has demonstrated his profound commitment to the disciplined education and leader development The Citadel provides.  On behalf of The Citadel Foundation Board of Directors and staff, I am pleased to express our gratitude for Bill’s leadership and service to the college,” said Dowd.

As Endictor’s estate has grown, so has his relationship with his alma mater and The Citadel Foundation.  Over the years, TCF Director of Legacy Giving Bill Yaeger, ’83, has developed a long-standing relationship with Endictor.  “We have many alumni who are passionate about our alma mater. Mr. Endictor, as demonstrated by his activities with the college and now this gift, has put credence into that passion,” said Yaeger. “He is a friend of mine and a friend of our alma mater, and he has been great to work with.”

William Baer Endictor graduated from The Citadel in 1959 as a pre-med major with a Bachelor of Science degree. After starting at the Medical College of Virginia, he realized that his true interest was in law and changed his career focus. He earned his Juris Doctor from the University of South Carolina School of Law and was admitted to the bar in 1963.

A specialist in international and trial law, Mr. Endictor pursued a career distinguished by standing up for principles that are at the heart of our legal system. He successfully tried hundreds of cases in different parts of the world and also served as Assistant Solicitor for the state of Georgia. In that position, he became well known for his work combating pornography and organized crime, successfully litigating cases all the way to the nation’s highest court, the United States Supreme Court.

In the 1970s Mr. Endictor joined E.T. Barwick Industries, one of the world’s largest manufacturers of floor coverings, as general counsel. He later became president and CEO of that Fortune 500 company.

In recognition of his leadership to his profession and his deep commitment to his alma mater, The Citadel Board of Visitors is proud to present William Baer Endictor with the honorary degree of Doctor of Laws.