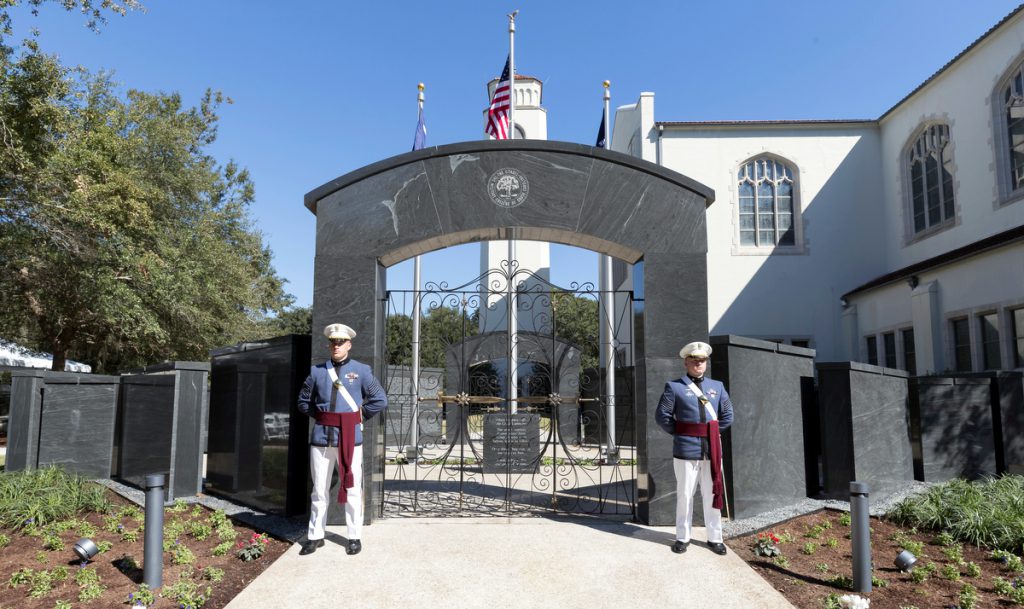 A U.S. Army Ranger, who attended The Citadel as part of the class of 2008, is now listed on The Citadel War Memorial among the college’s 760 alumni killed in action while serving their country. According to the United States Army announcement, Sgt. 1st Class Christopher Andrew Celiz was killed during combat operations in Paktiya province, Afghanistan on July 12, 2018.

Celiz, a native of Summerville, South Carolina, was 32 years old, a husband and a father. Army Special Operations Command reported that Celiz was on his fifth deployment with the 1st Battalion, 75th Ranger Regiment based at Hunter Army Airfield in Savannah. He previously deployed from 2008 to 2009 in support of Operation Iraqi Freedom, and from 2011 to 2012 in support of Operation Enduring Freedom.

In 2013, Celiz was selected to serve with the 75th Ranger Regiment as a combat engineer. He was assigned to Headquarters and Headquarters Company, 1st Battalion, 75th Ranger Regiment, Hunter Army Airfield, Georgia where he served as the battalion master breacher and engineer. In March 2017, he was assigned to Company D where he served as the mortar platoon sergeant.

At the time of his death, Celiz was serving as the battalion mortar platoon sergeant and was in the process of reclassifying to the infantry branch.

“Sgt. 1st Class Chris Celiz was a great Ranger leader, and he will be sorely missed by 1st Ranger Battalion. He had an incredibly positive attitude that inspired Rangers throughout the formation,” said Lt. Col. Sean McGee, Commander, 1st Bn., 75th Ranger Regiment. “Sgt. 1st Class Celiz led from the front and always put himself at the decisive point on the battlefield. He was a loving husband and father, and he and his family have been an important part of the fabric that represents 1st Ranger Bn. and the Savannah community.”

There are ten criteria for the inclusion of names on The Citadel War Memorial, nine of which are those used by the U.S. government in awarding the Purple Heart. The Citadel Board of Visitors added the tenth in recognition of the special nature of the Memorial. The criteria cover Citadel alumni in active military service who were killed, or died after being wounded in any of the following circumstances: