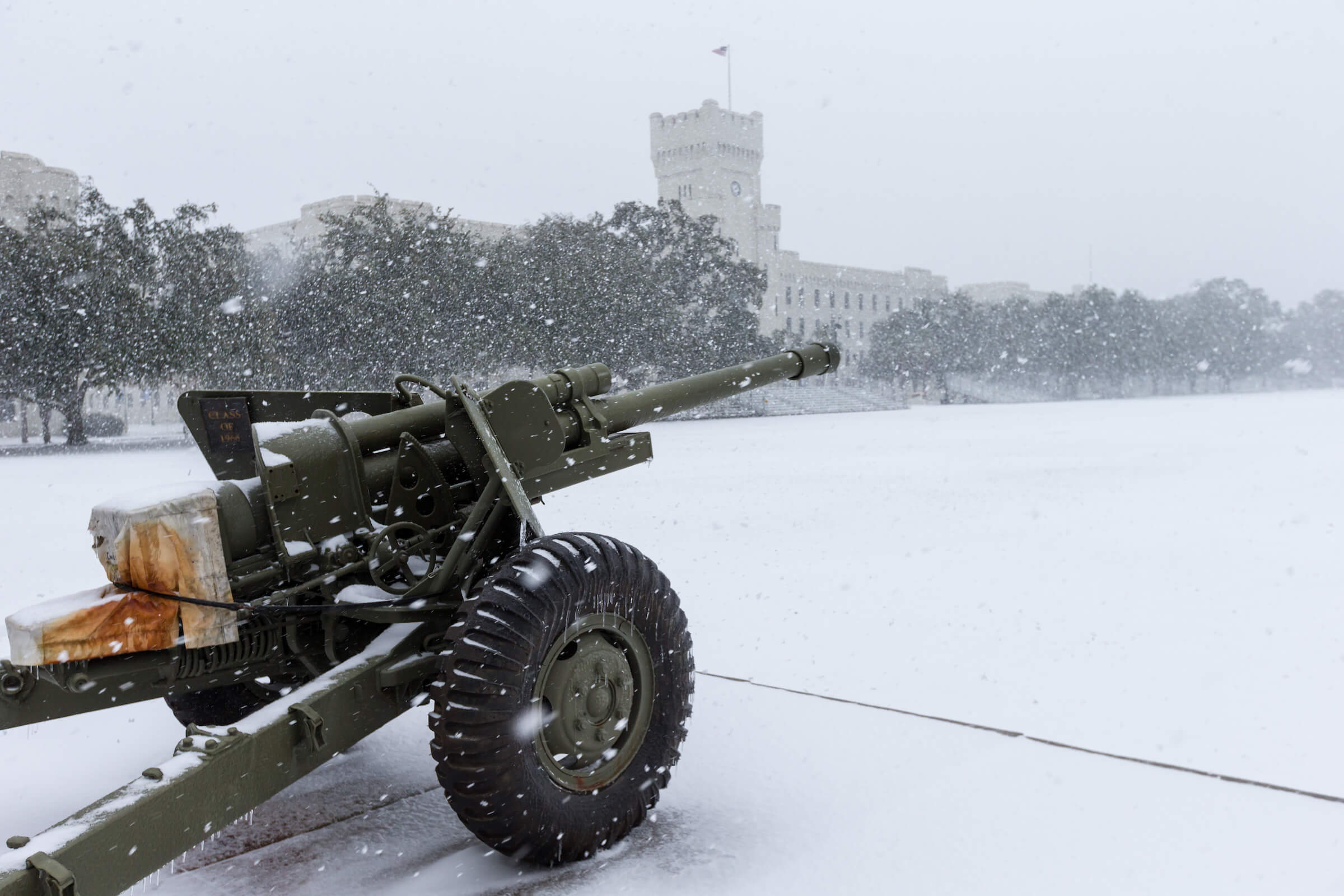 January 3, 2018 – A rare winter storm dropped 5.3 inches of snow on Charleston in one day, closing the city down for several days. The snowfall was the third greatest daily snowfall on record for Charleston County. 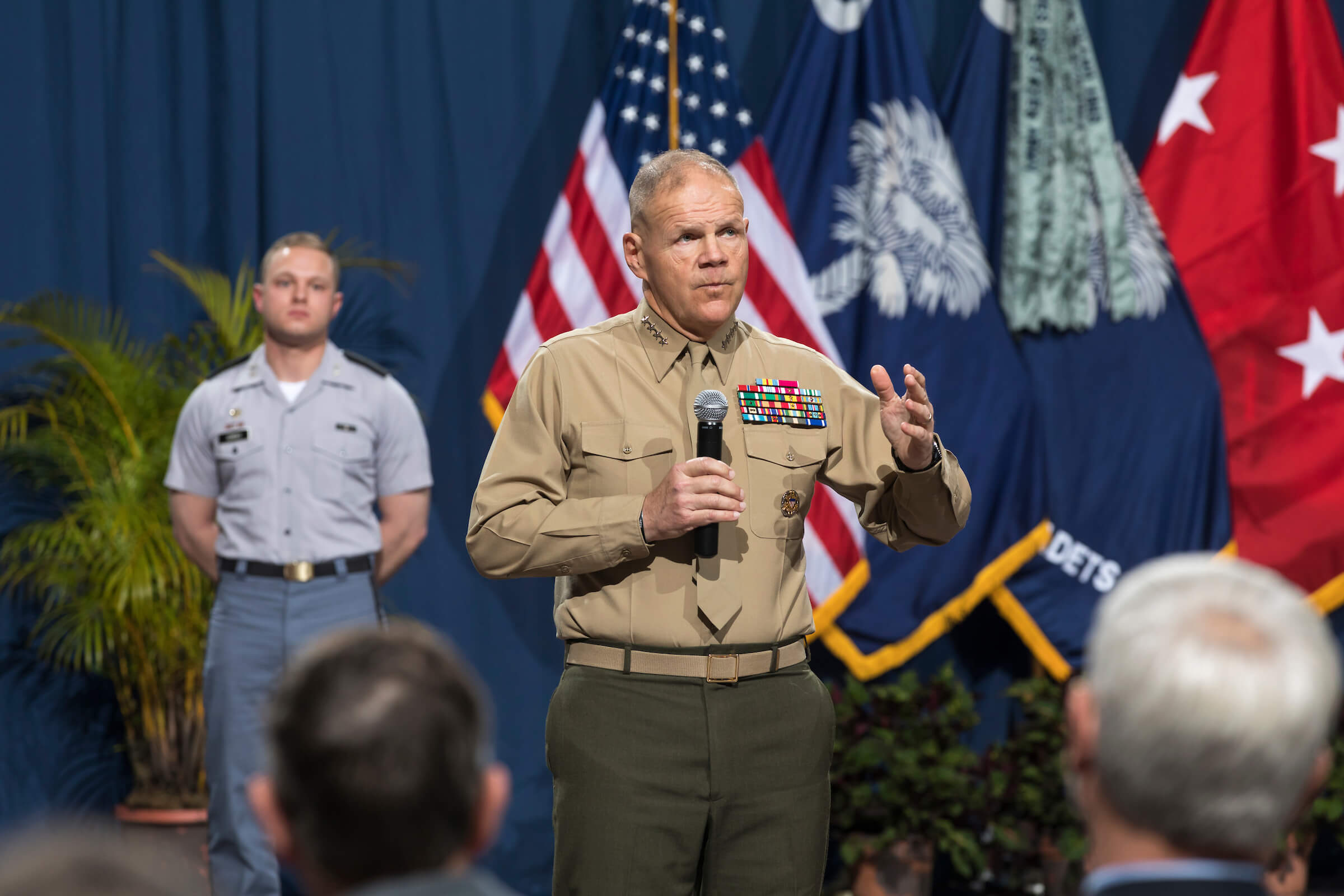 February 13, 2018 – Gen. Robert B. Neller, commandant of the U.S. Marine Corps, delivered a Greater Issues Address to the Corps of Cadets in McAlister Field House. 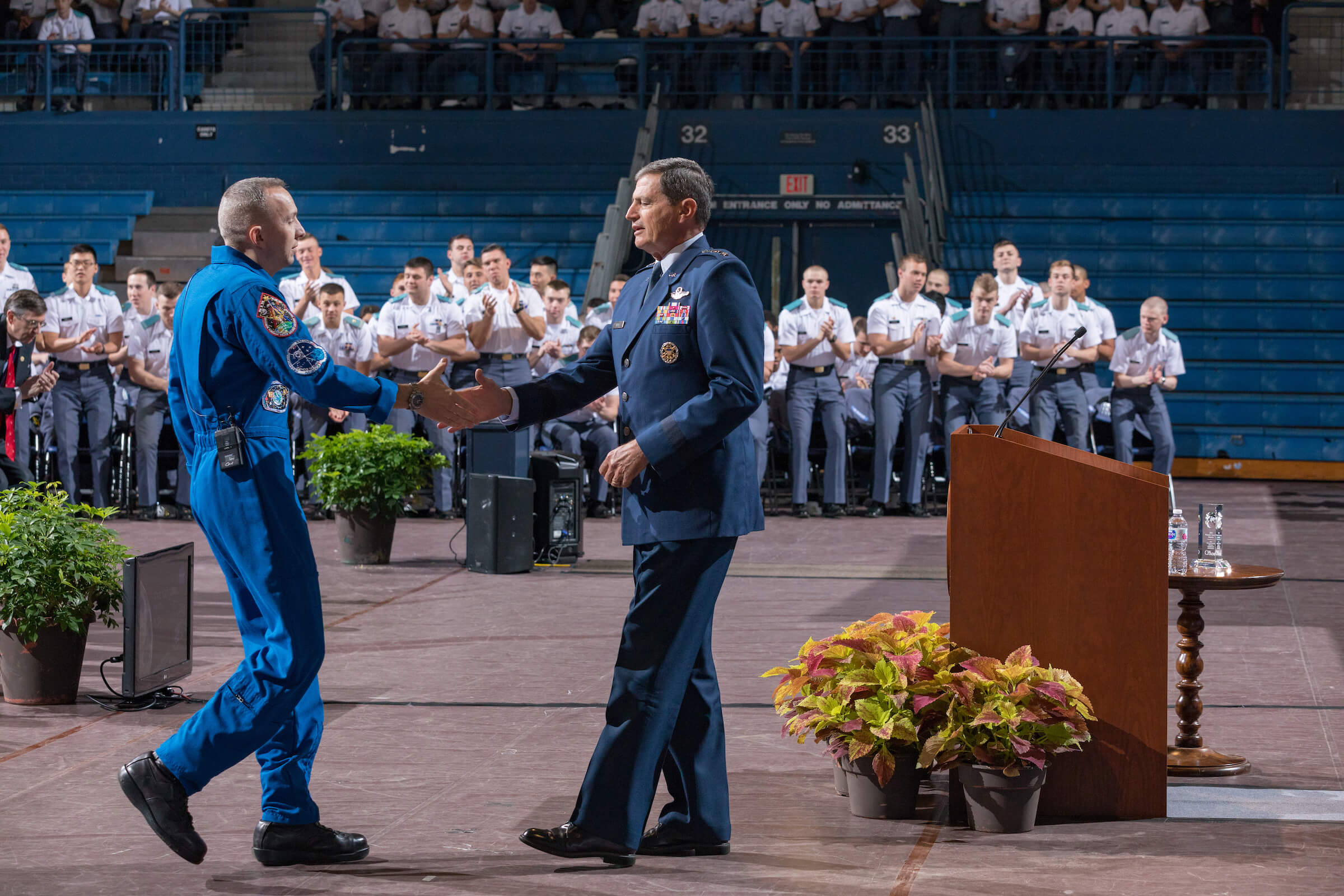 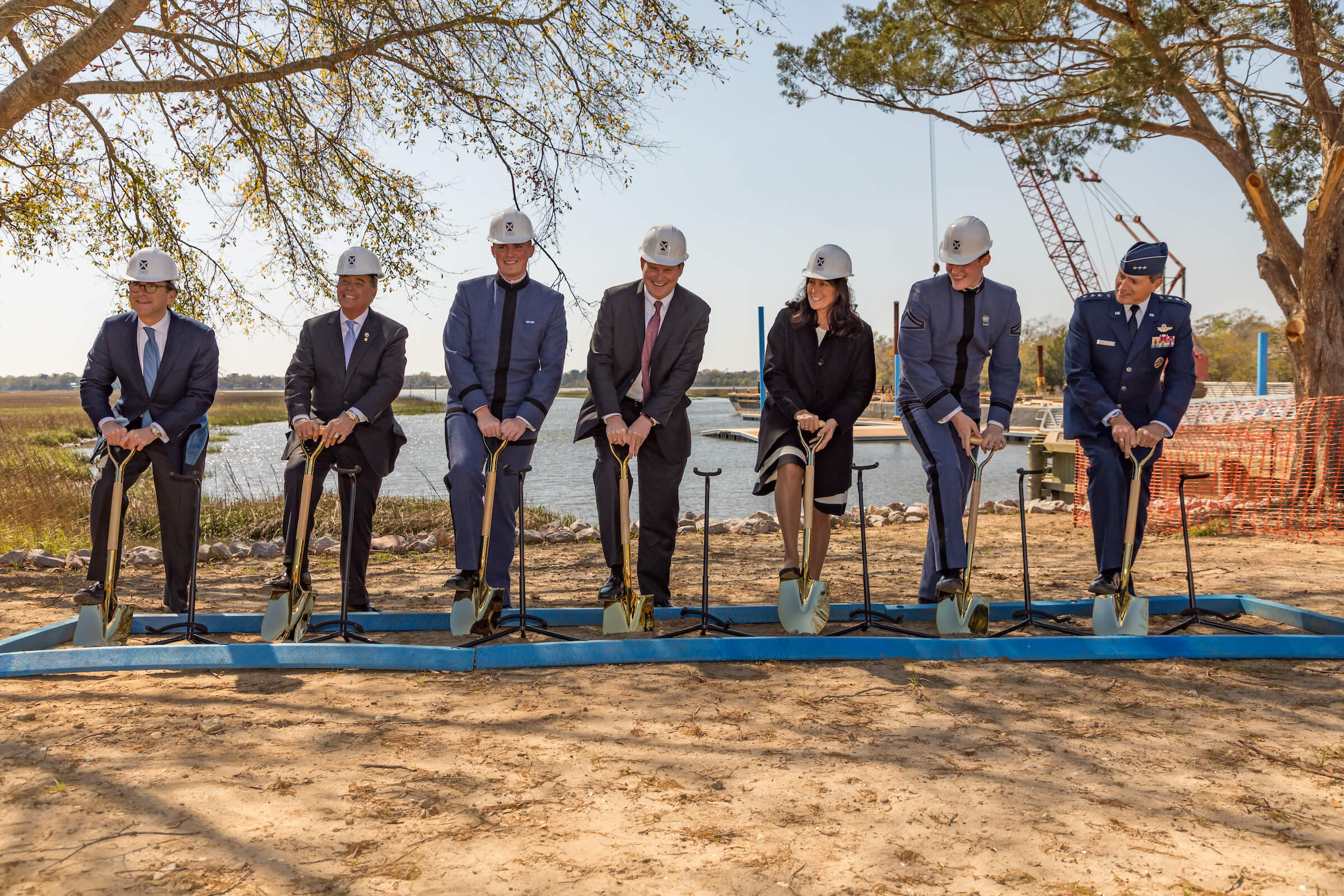 March 22, 2018 – The Citadel broke ground at the site of the future Swain Boating Center. Made possible by a generous donation from Dr. and Mrs. Christopher C. Swain, ’81, the state-of-the-art facility will provide cadets, graduate students, faculty and staff with access to the Ashley River and all the athletic, recreational and educational opportunities it affords. 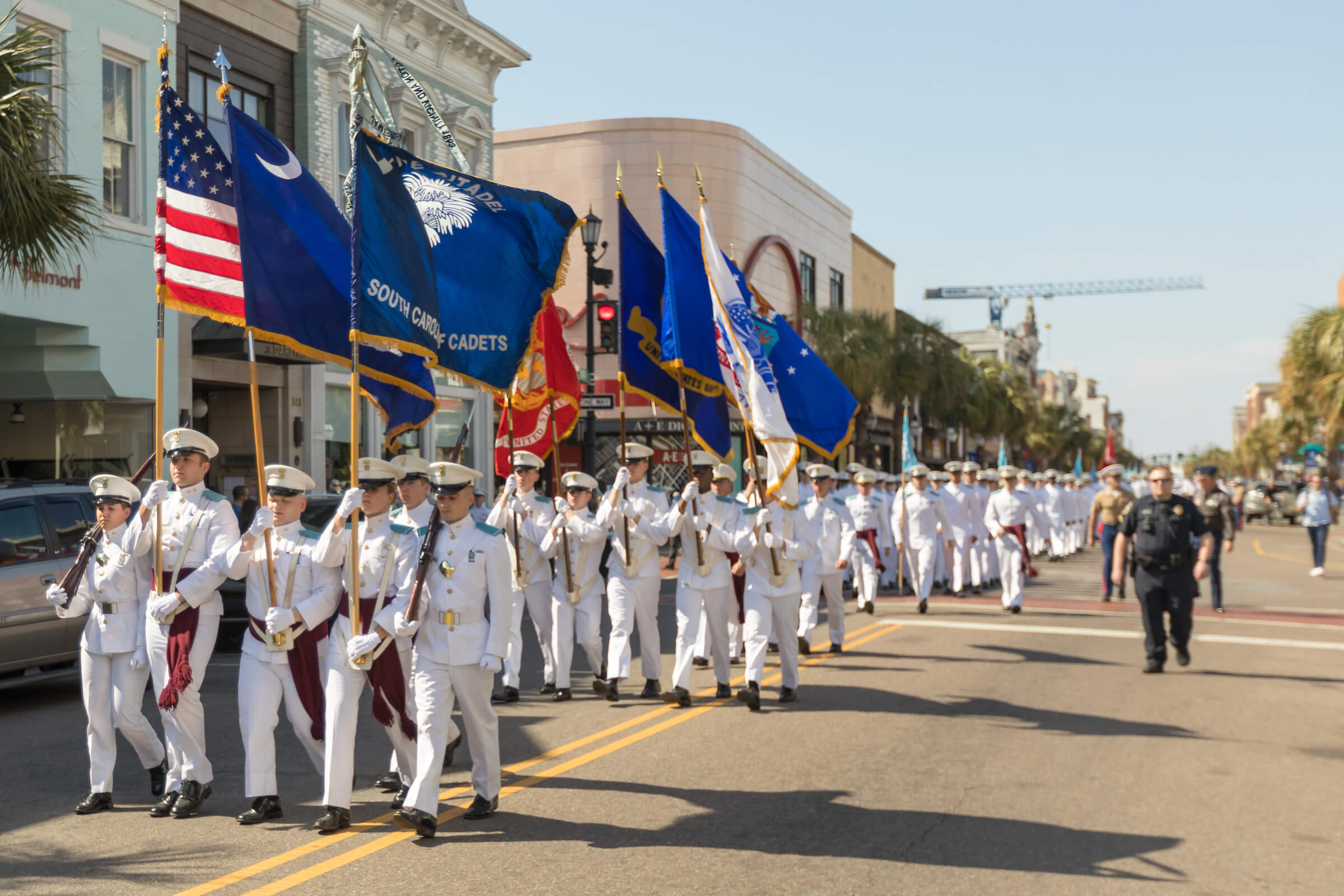 March 24, 2018 – The college celebrated its 175th anniversary during Corps Day weekend, which included the annual march to Marion Square, site of the original Citadel campus. 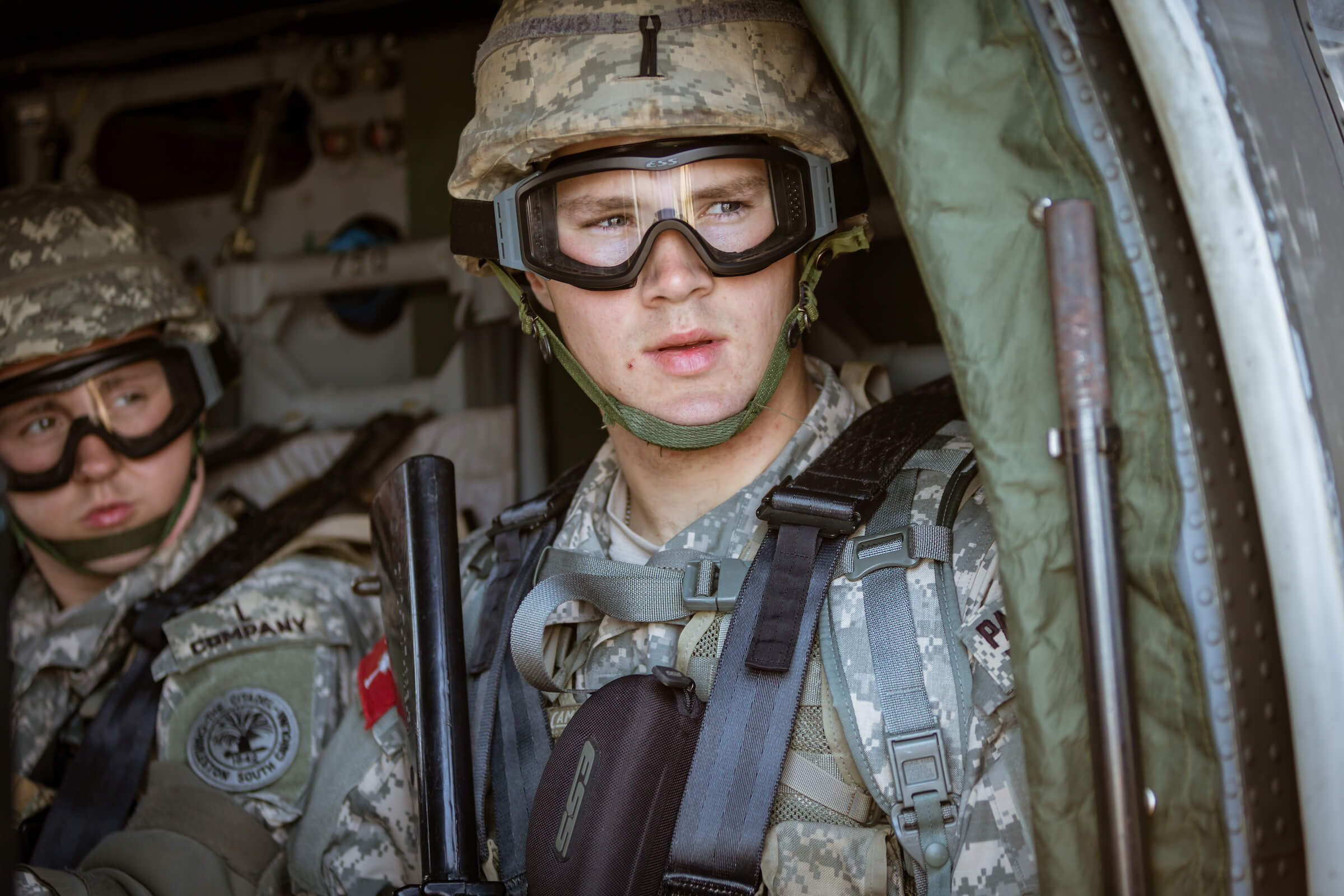 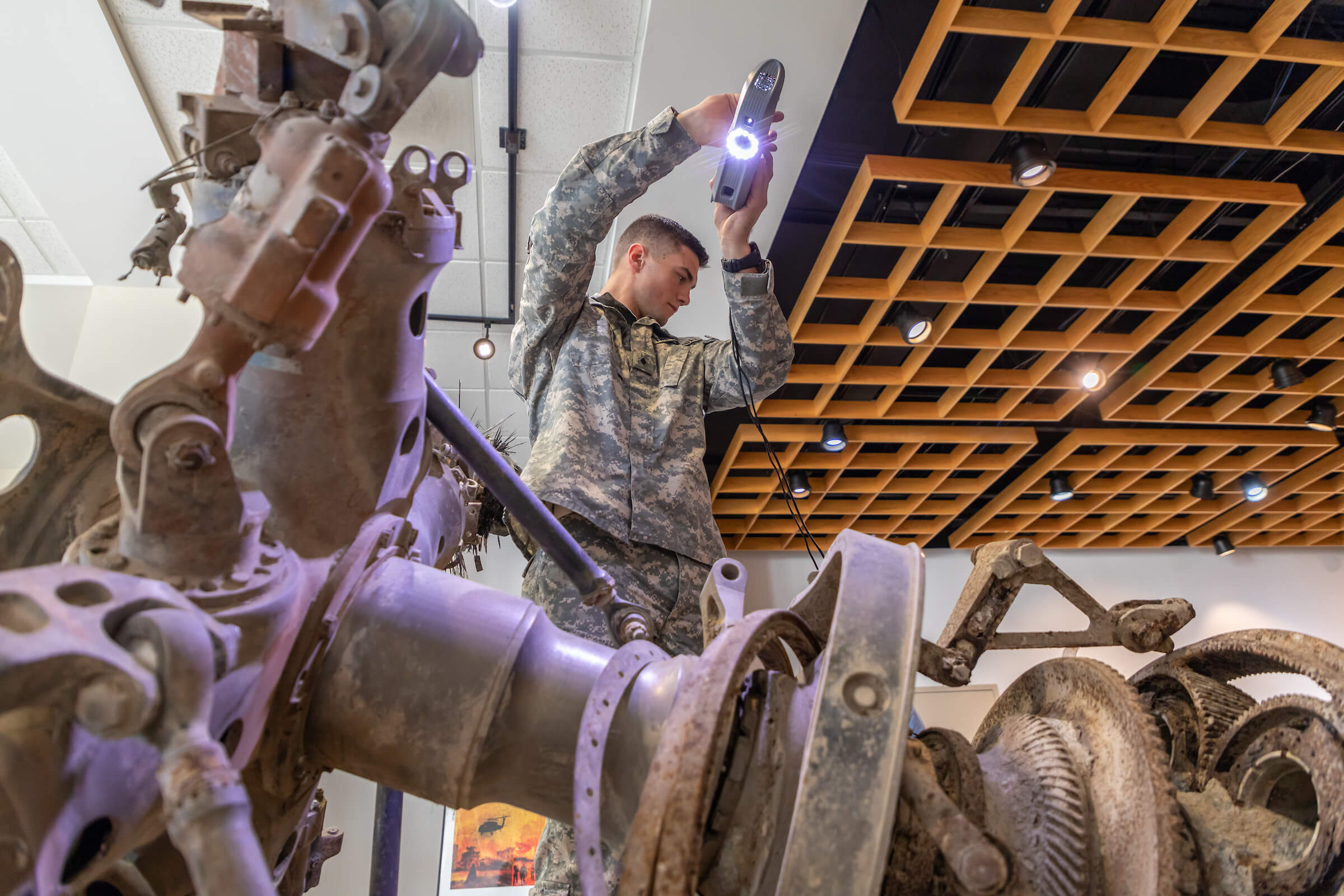 April 19, 2018 – Cadets from the Tommy and Victoria Baker School of Business traveled to the Special Operations Airborne Museum at Fort Bragg in Fayetteville, N.C., where they used state-of-the-art 3D scanning technology to replicate the rotor of the Black Hawk helicopter that went down during the battle of Mogadishu. 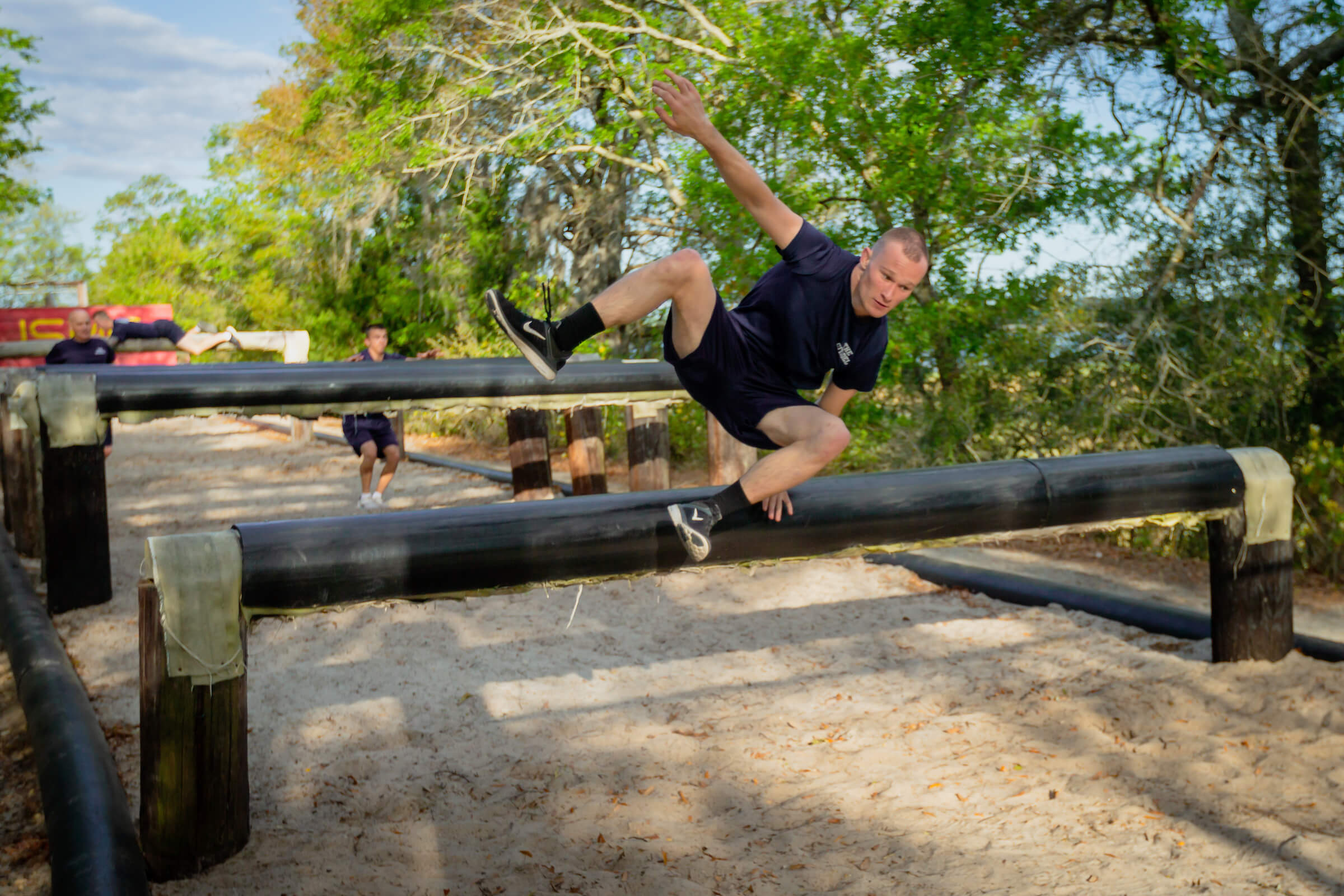 April 21, 2018 – The Bulldog Challenge, an annual event hosted by the Marine Corps Naval ROTC unit, is a 10-kilometer endurance course that borrows events from all facets of the Marine Corps ROTC training experience. About a third of the teams participating are made up of cadets. 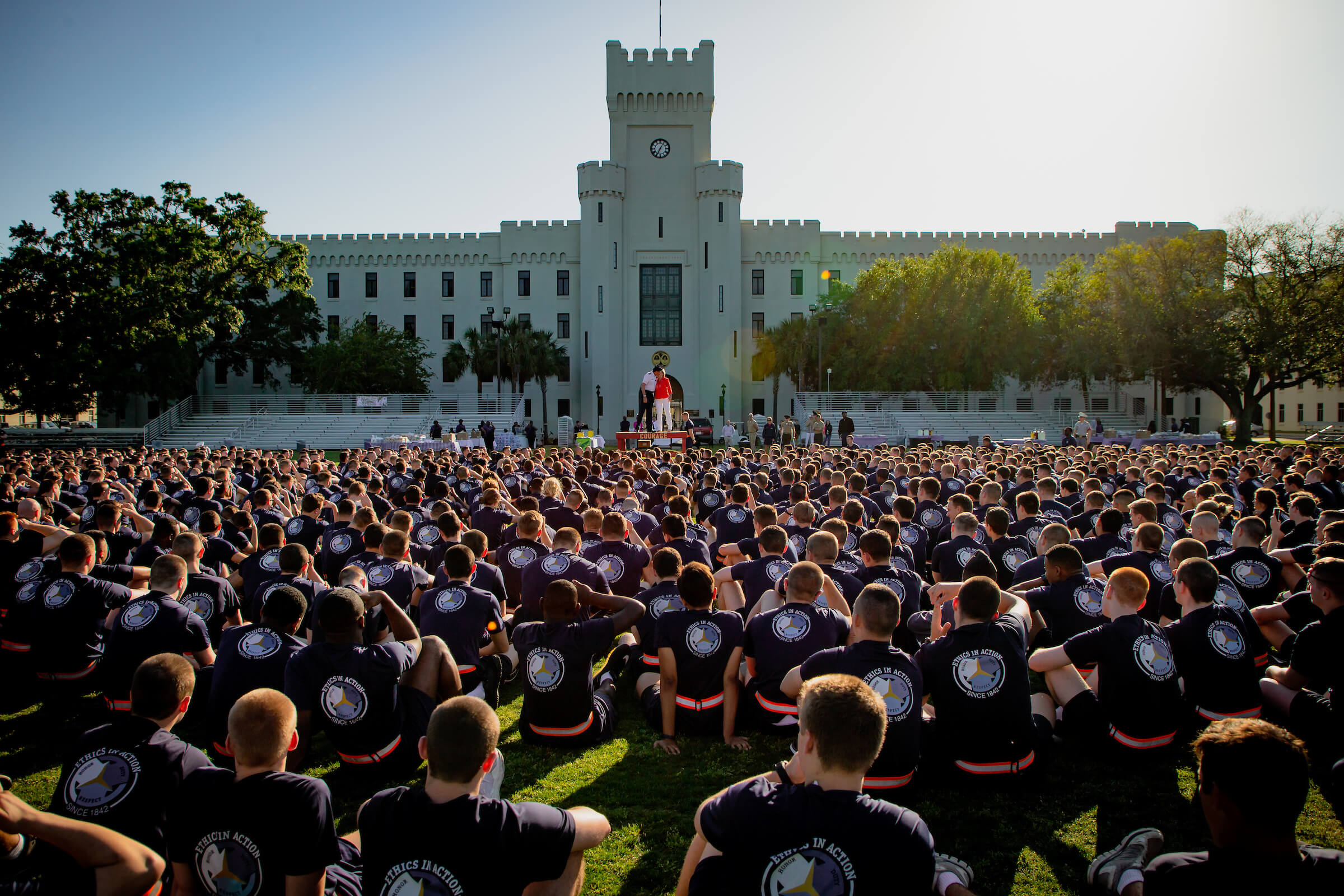 April 25, 2018 – The Corps of Cadets gathered on Summerall Field to wish Lt. Gen. and Mrs. Rosa farewell after 12 years of service to The Citadel. 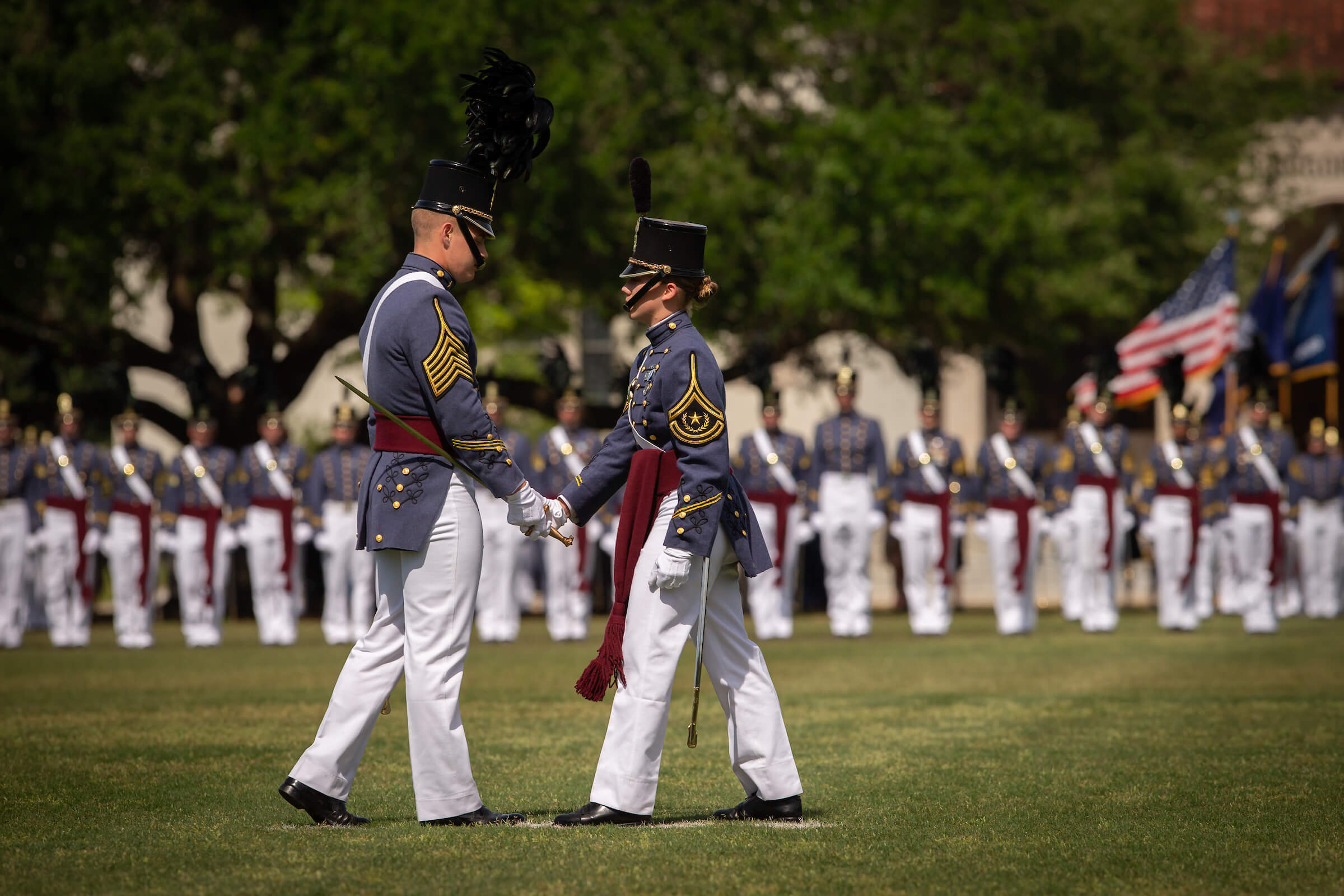 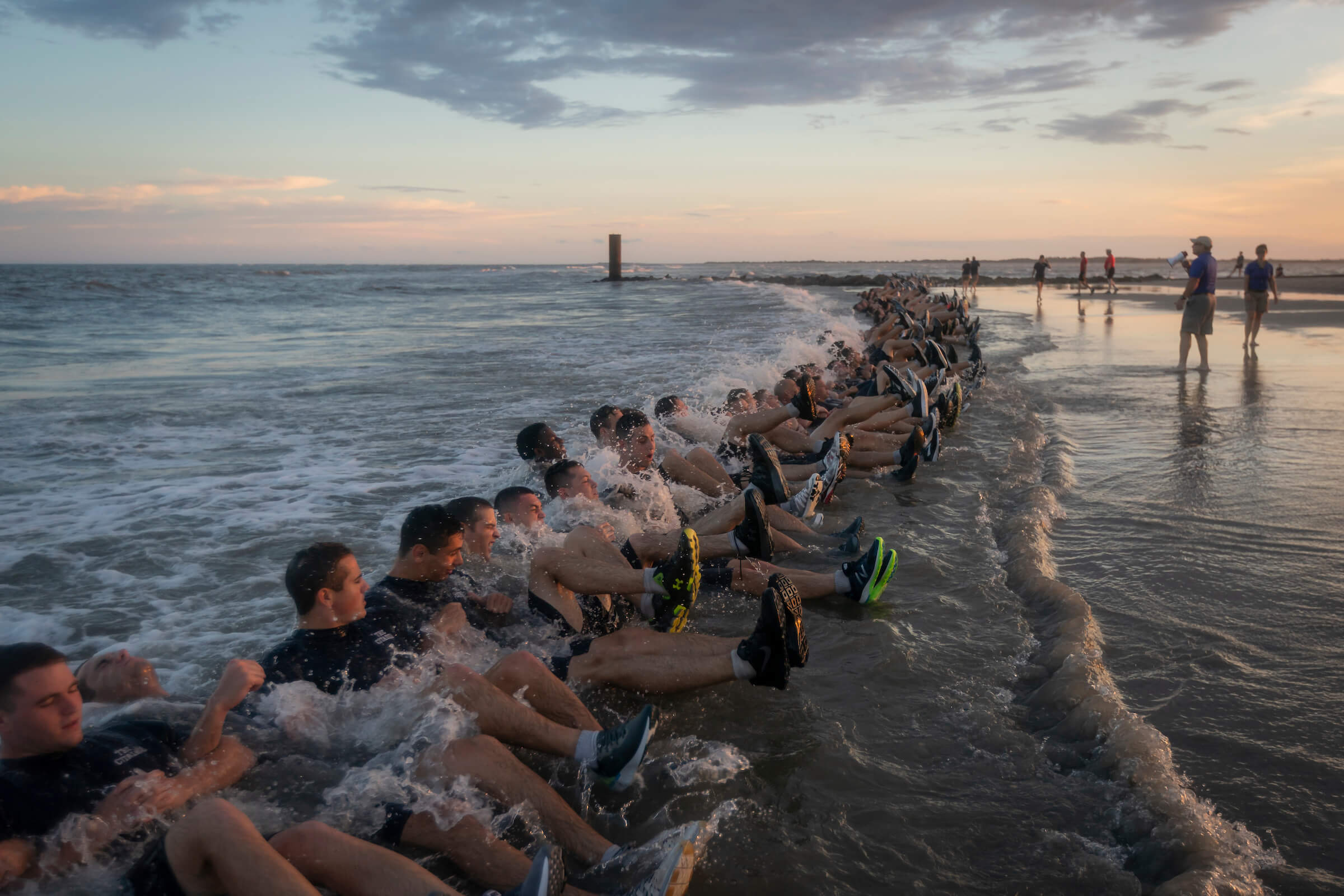 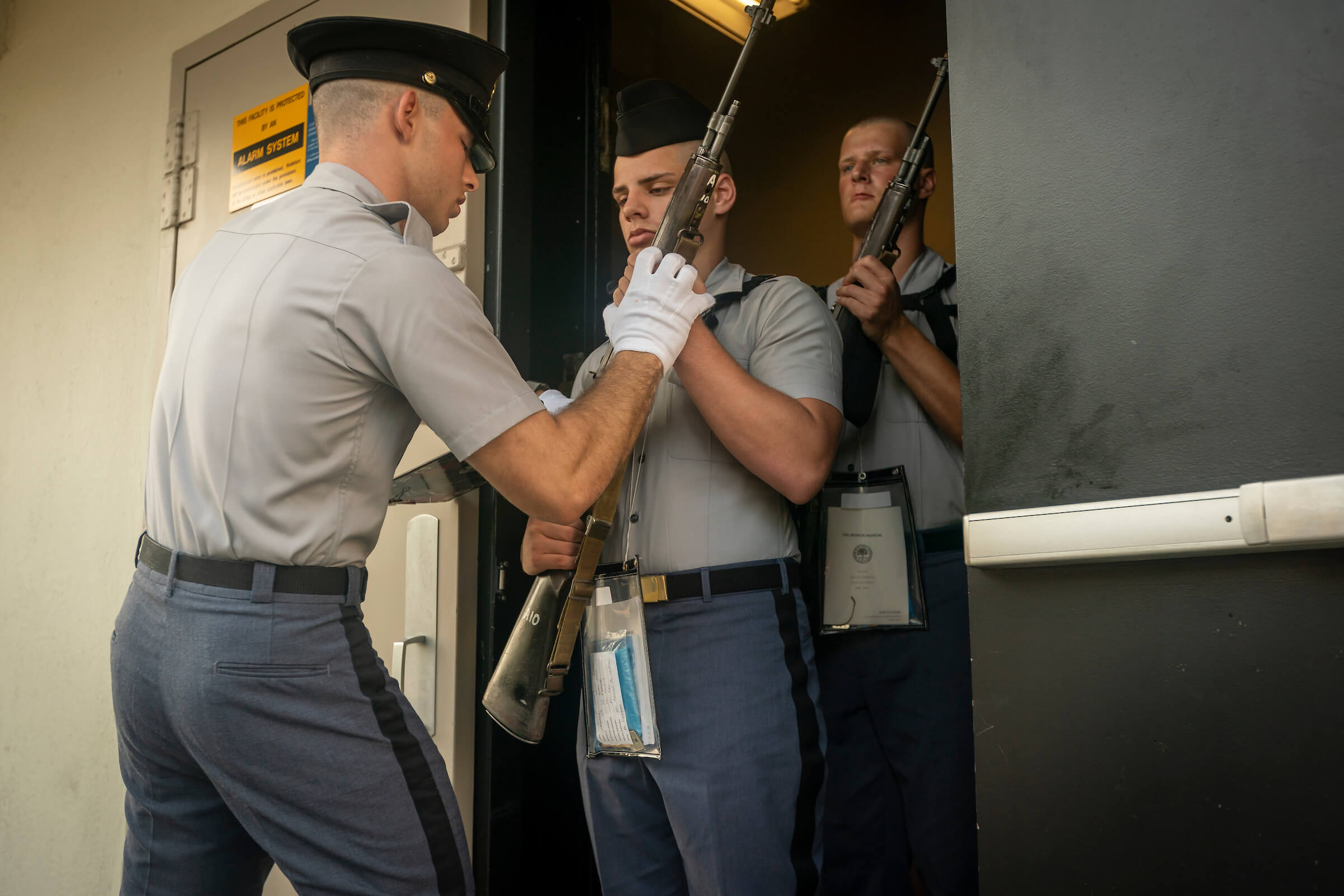 August 11, 2018 – The Citadel continued its record of strong enrollment, welcoming one of its largest classes, with record numbers of female and Hispanic cadet recruits on Saturday, Aug. 11. 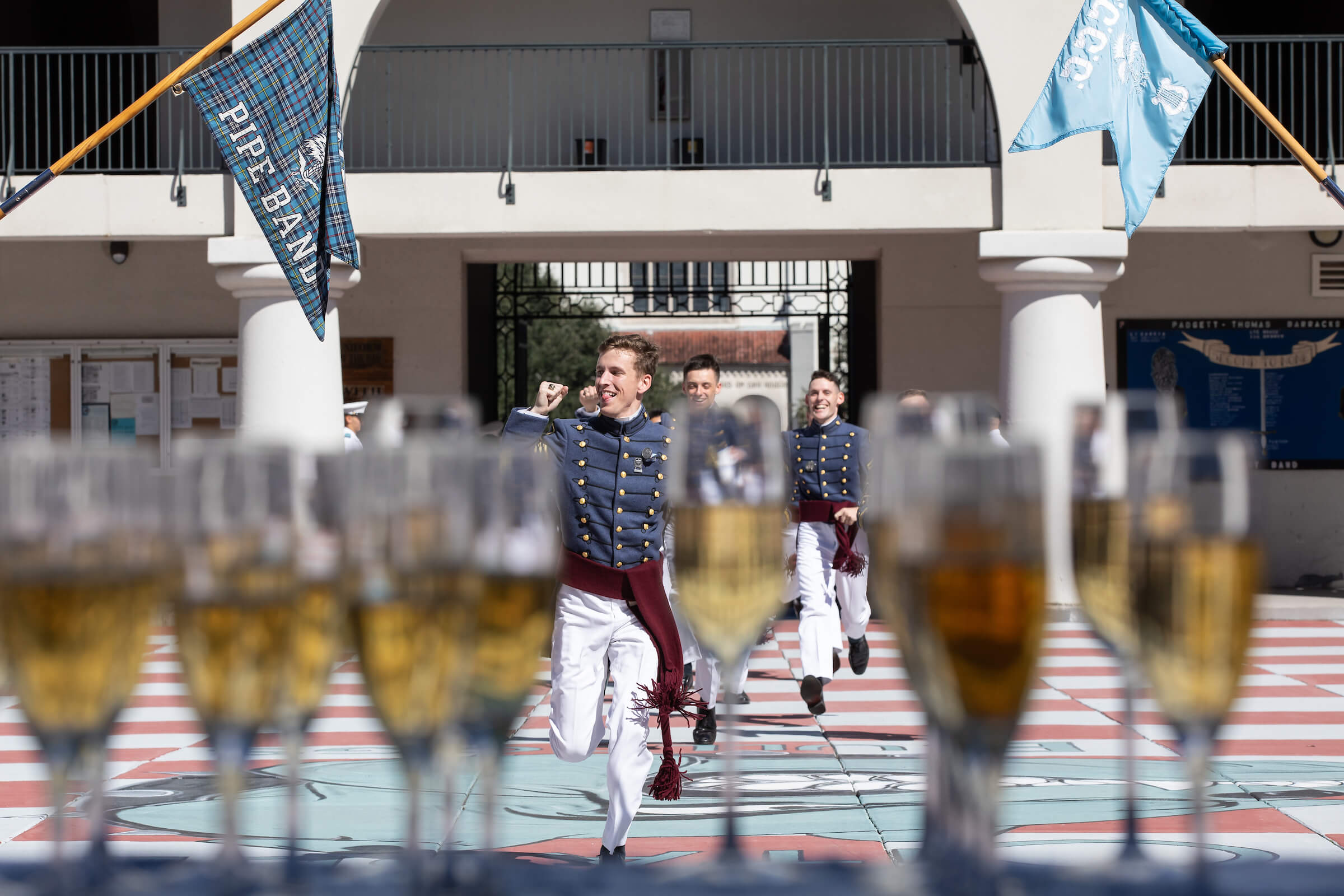 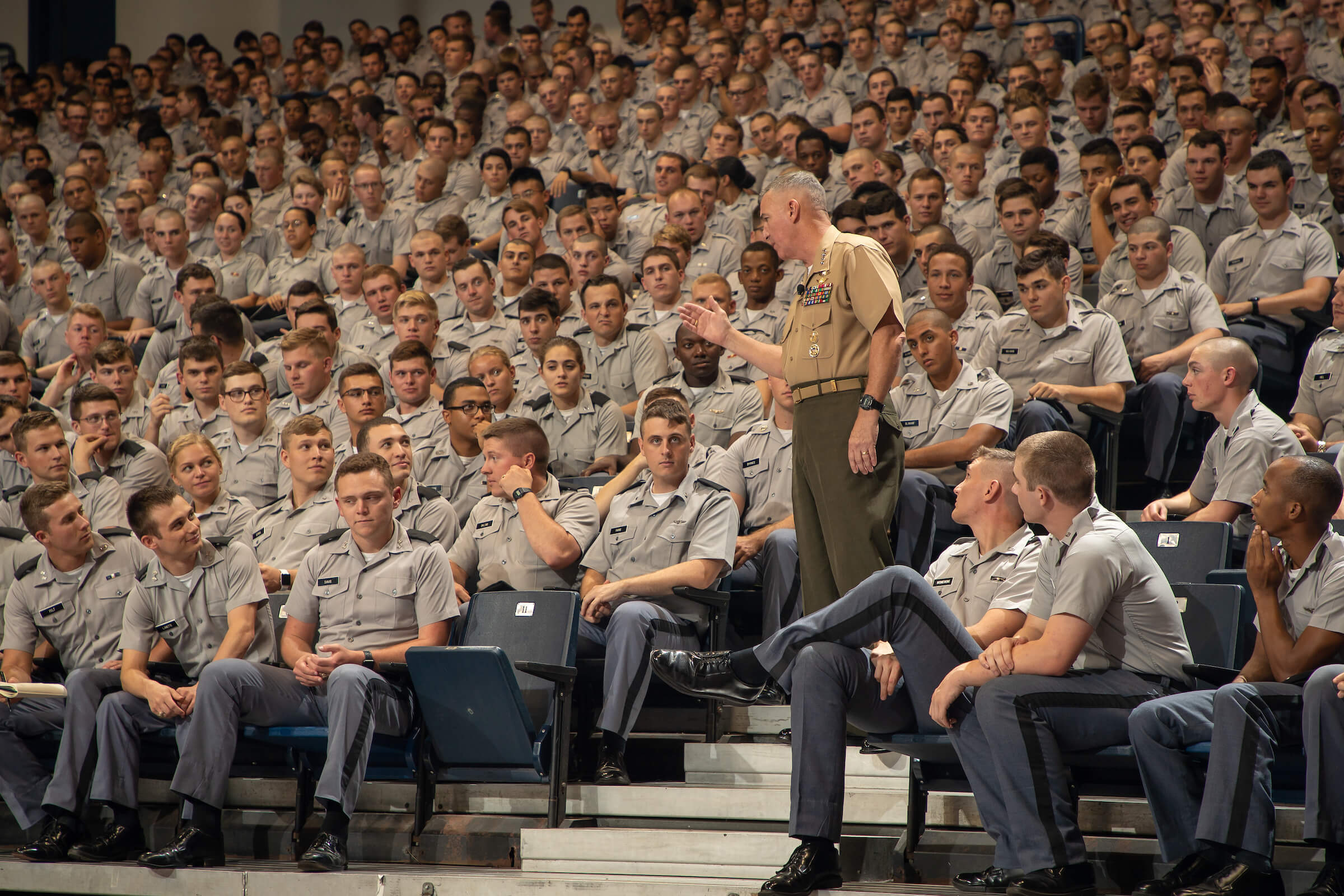 October 16, 2018 – Gen. Glenn Walters, the 20th president of The Citadel, delivers his first address to the Corps of Cadets as The Citadel’s new president. 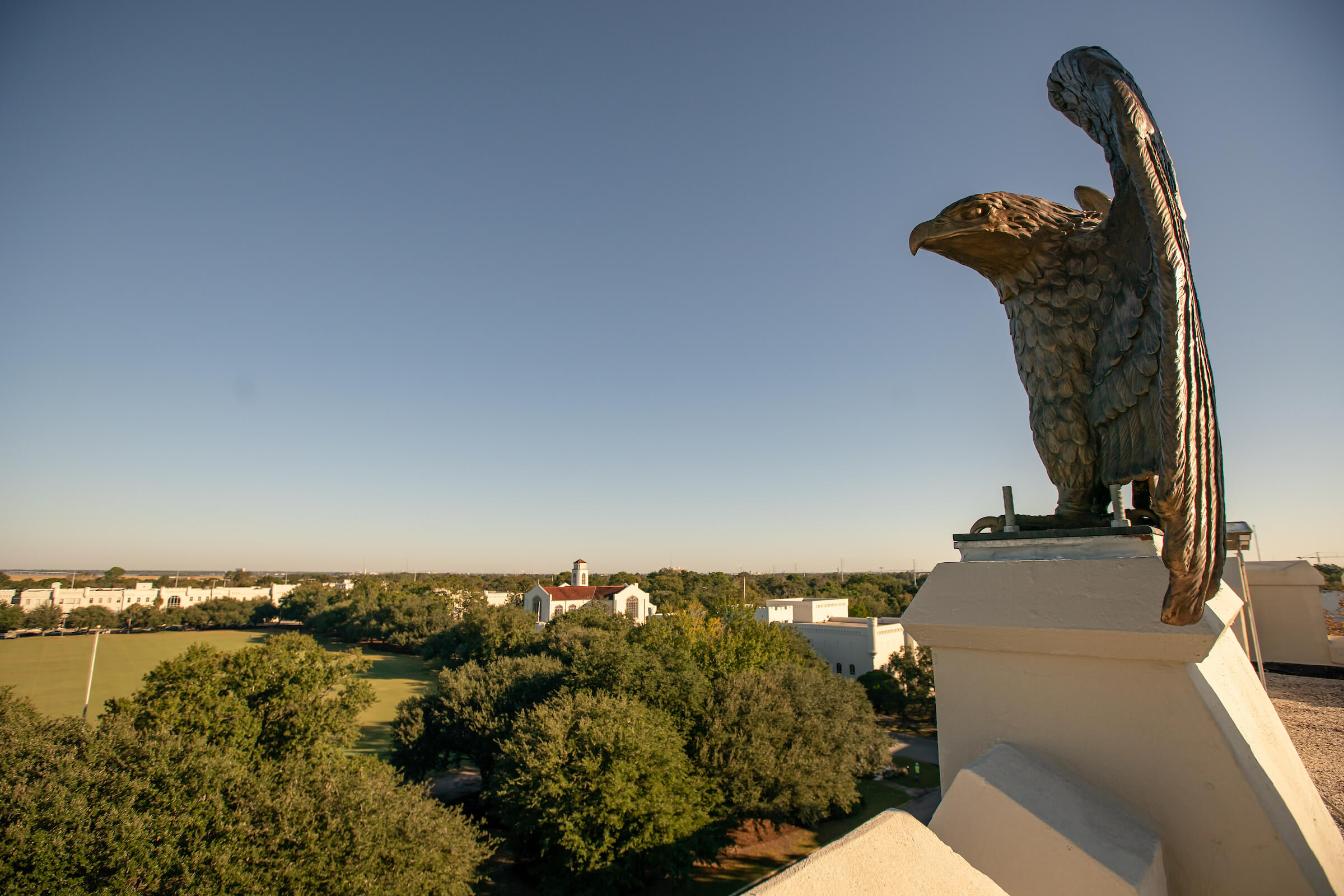 October 24, 2018 – The Citadel’s guardian returned to her perch on Bond Hall. A gift from the Class of 1983 provided for the casting, installation and perpetual care of the new bronze eagle, which will better withstand the test of weather and time. 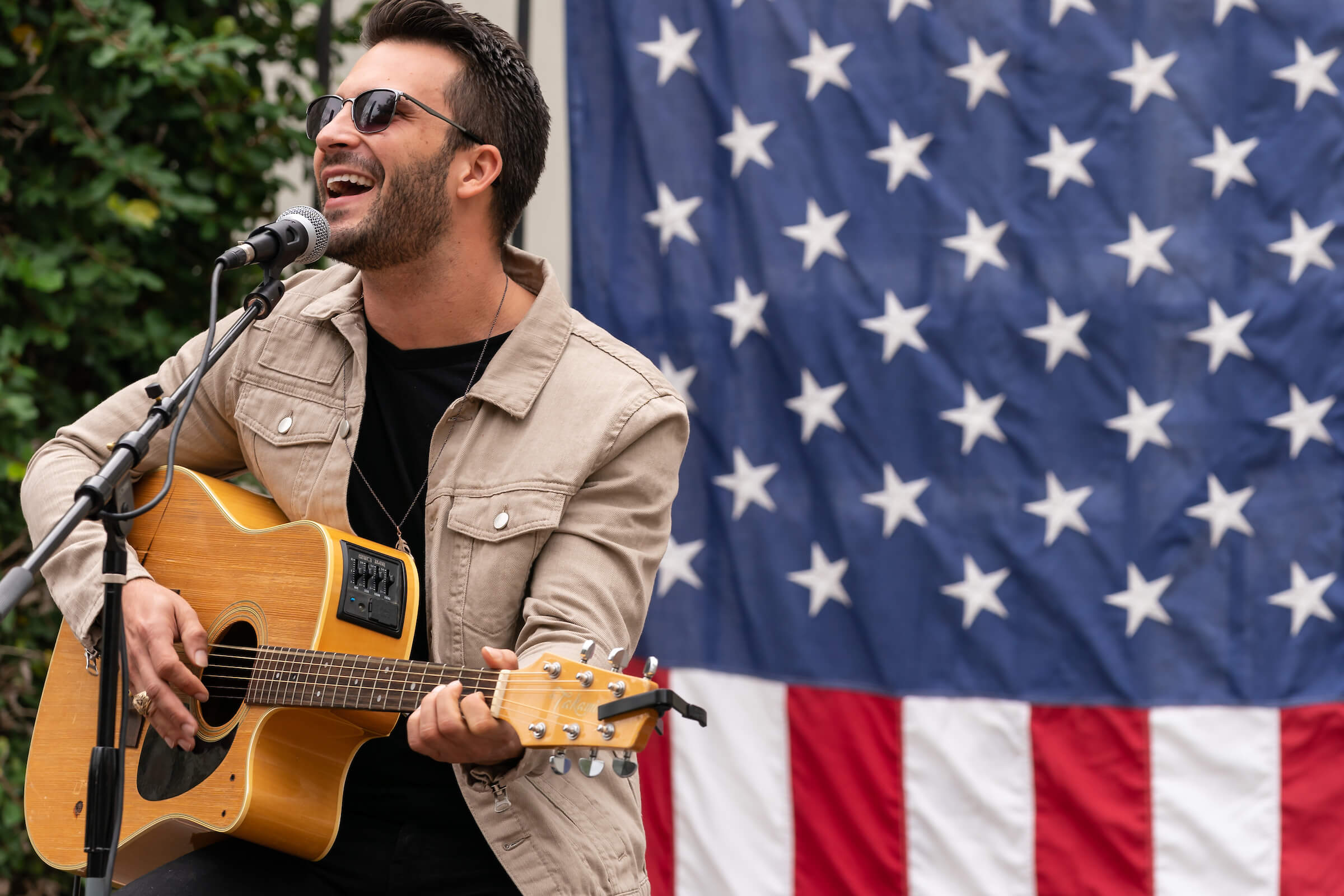 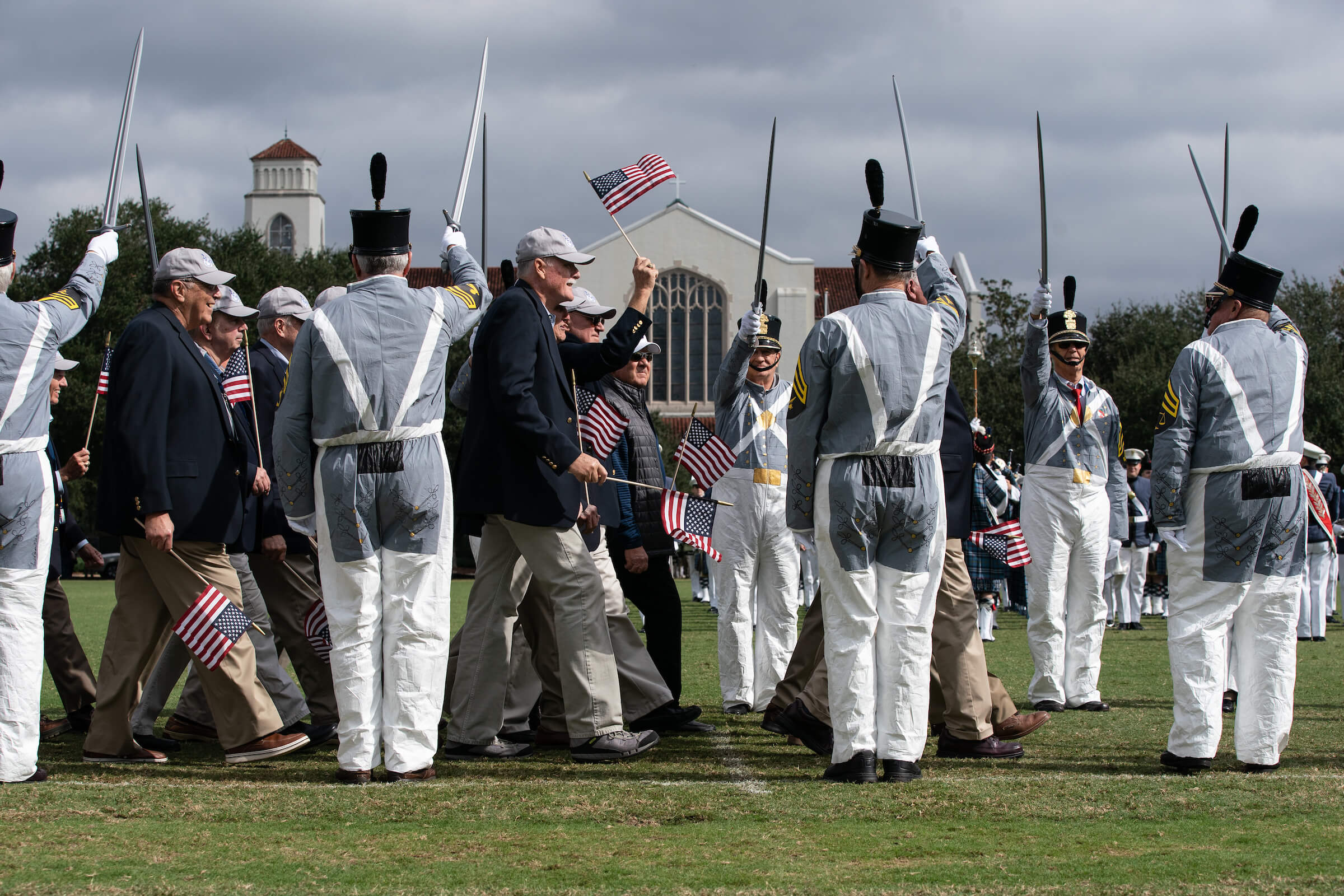 November 10, 2018 – During their Homecoming review, members of the Class of 1968, decked out in full-dress onesies with foam swords to form an atypical sword arch. 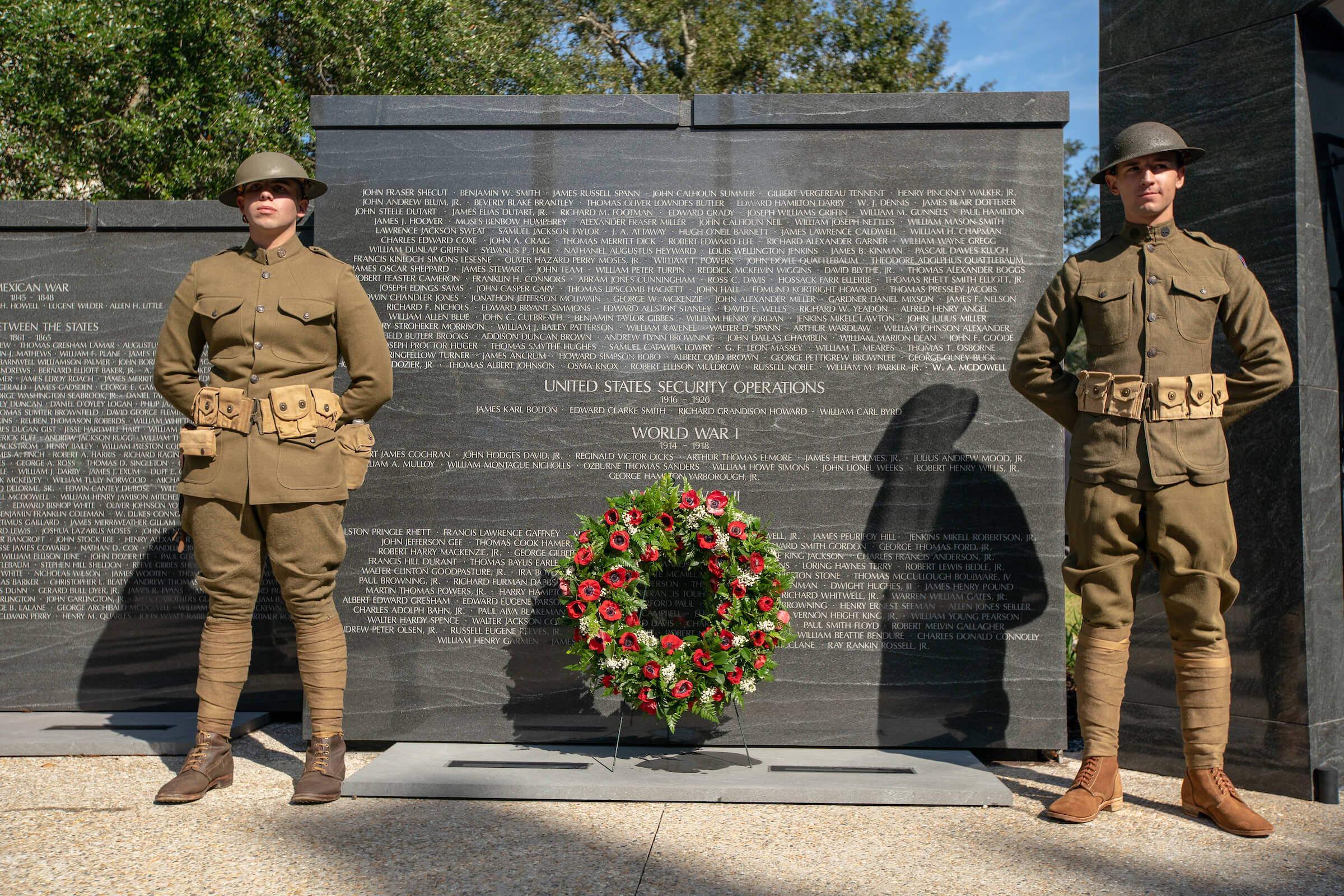 November 11, 2018 – One hundred years after the Armistice that ended World War I, a wreath-laying ceremony was held at The Citadel War Memorial to honor and remember the generations of men and women who have served our country with bravery and selflessness. 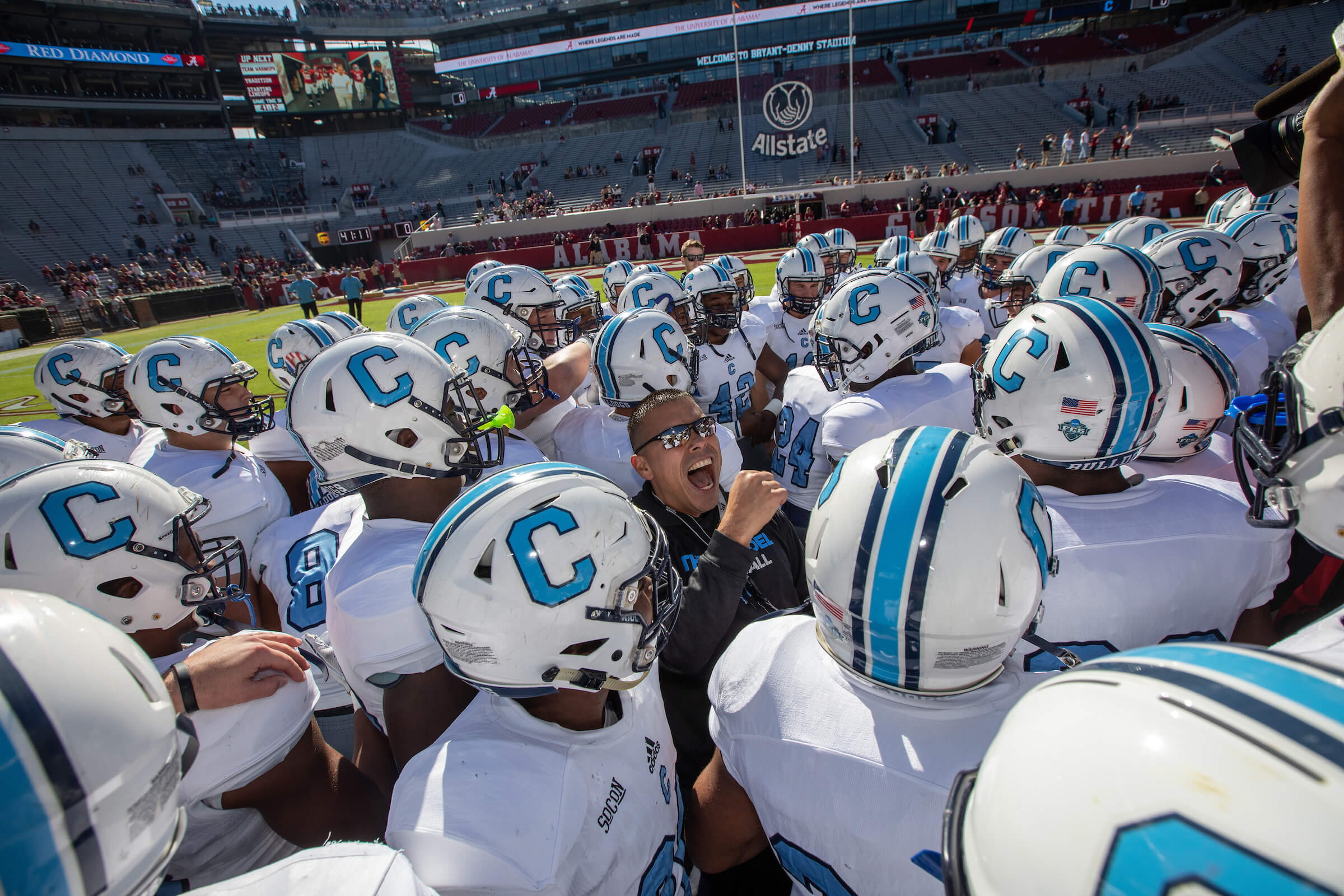 November 17, 2018 – Strength and Conditioning Coach Donnell Boucher stood with The Citadel Football team in Bryant-Denny Stadium in Tuscaloosa, Alabama, before the Bulldogs went head-to-head with the Alabama Crimson Tide. The Citadel gained national attention during the game by entering the second half tied at 10 and having some fun at Alabama’s expense on Twitter. 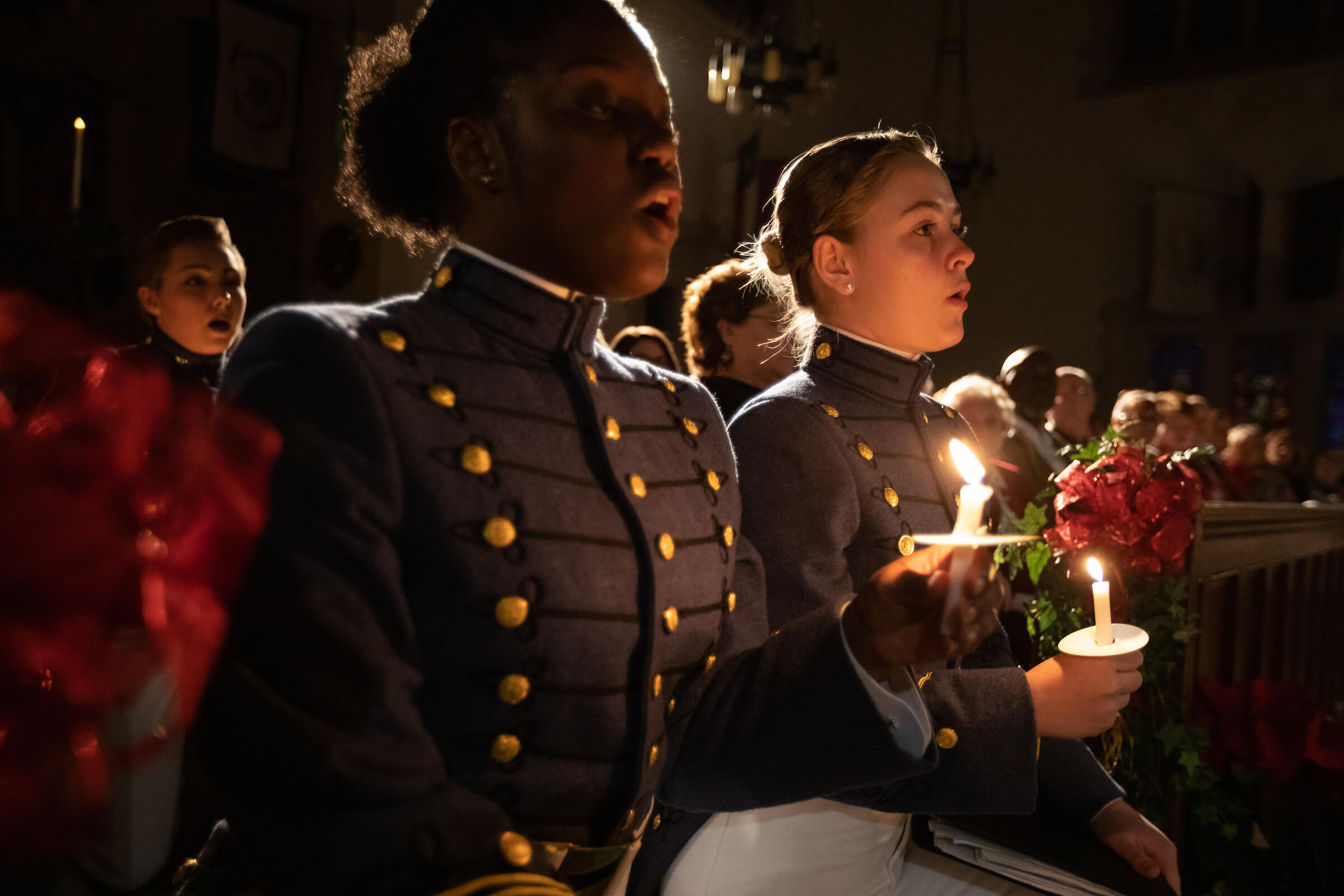 December 2, 2018 – The Christmas Candlelight Services, one of Charleston’s longest and most memorable holiday traditions, take place in The Citadel’s historic Summerall Chapel.