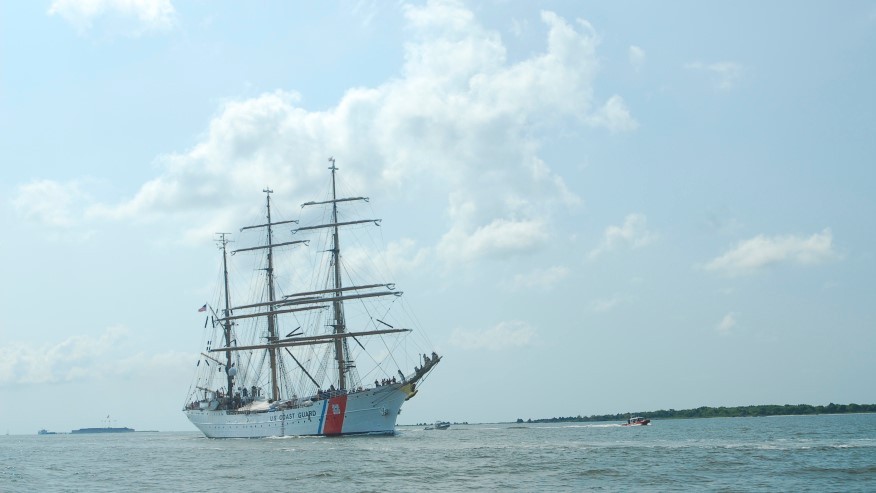 The Coast Guard tall ship ‘Eagle’ will arrive in Charleston on Friday.

The ship, known as “America’s tall ship,” is scheduled to arrive at the Charleston Cruise Ship Terminal on Friday afternoon and will remain in the harbor through Sunday afternoon.

Those who wish to see the ship can enjoy free pier-side exhibits and discussion with officer candidates and members of Eagle’s crew.

The Eagle’s navigator, Lt. Will Singletary, is a native of Charleston and a 2013 graduate of The Citadel.

You can enjoy the port-side exhibits at the following times:

According to a press release from the Coast Guard, the Eagle is the largest tall ship flying the stars and stripes and the only active square-rigger in United States government service.

It was constructed in 1936 by the Blohm and Voss Shipyard in Hamburg, Germany, and originally commissioned as the Horst Wessel by the German Navy. Coast Guard officials say the ship was a war reparation for the United States following World War II.