Top ROTC cadets recognized for their leadership and excellence 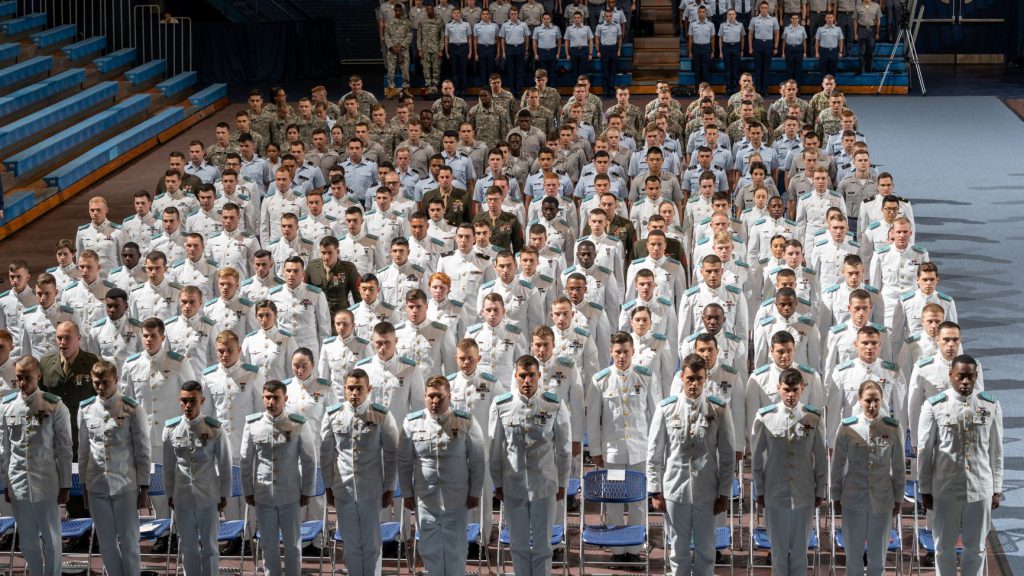 Despite a closed campus, more than 100 men and women in the South Carolina Corps of Cadets are being recognized for their academic and military leadership and excellence

During their time at The Citadel, the ROTC departments provide military-contract cadets with officer training, to allow them to begin their military careers as officers after graduation. Through the departments, which include Air Force ROTC, Army ROTC, Marines ROTC and Navy ROTC, The Citadel is one of the nation’s proven producers of top military leaders.

Annually, the departments nominate their finest cadets and active duty students for awards. The award recipients are normally honored as a group in McAlister Field House. Even though the ceremony was canceled due to COVID-19, The Citadel wants to give these outstanding cadets the recognition they deserve.

“While the situation with COVID-19 has affected some of the most meaningful events for the Class of 2020, it has not affected what makes these events so meaningful,” said Citadel president Gen. Glenn Walters, USMC (Ret.). “They way they’ve handled the changes this semester have only highlight just how much credit these cadets deserve.”

This year’s award winners are:

The General Westmoreland Award is presented to an airborne qualified cadet at The Citadel by The 82nd Airborne Division, Lowcountry Airborne Chapter.

Presented to the outstanding Army, Marine, Navy, and Air Force cadets based on military excellence and scholarship in their ROTC studies and activities.

Supreme Council of the Scottish Rite of Freemasonry Award