Citadel research in National Geographic: “Tires, the plastic polluter you never thought about” 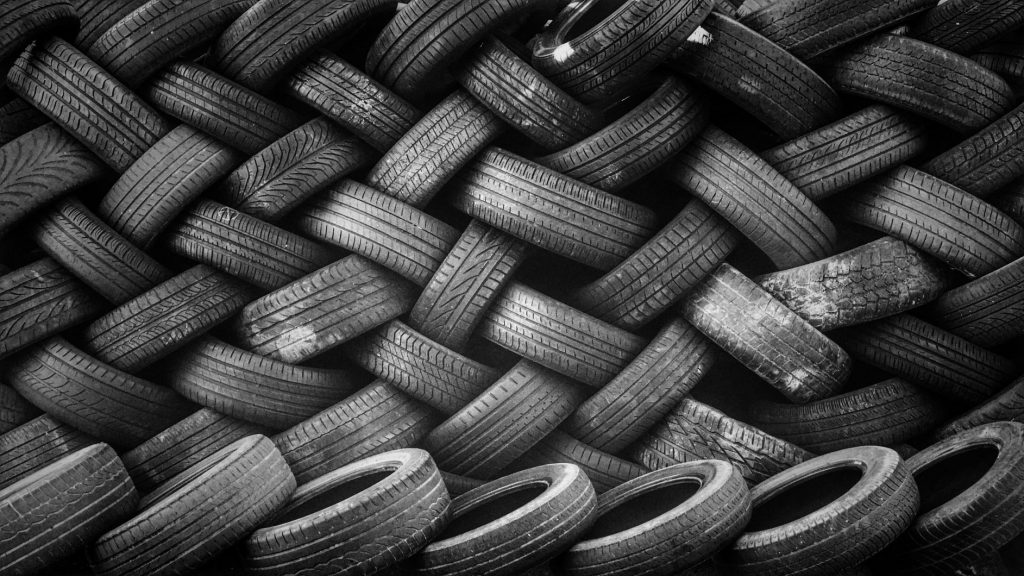 As seen in National Geographic, by Tik Root

Because tires are made of natural rubber and plastic, it’s easy to miss just how much they contribute to pollution in our oceans.

In 2014 biologist John Weinstein and his graduate students went looking for microplastics—the small bits of degraded plastic that researchers have discovered are spread throughout the environment.

The team was based at The Citadel military college in Charleston, South Carolina, where Weinstein is a professor. Working in a coastal city, they expected to find at least some evidence of microplastics, which are swept into the ocean. And sure enough, samples kept turning up.

Much of what they collected came from anticipated, identifiable sources, such as broken-down plastic bags. But more than half of the pieces were black, tubular, and microscopic, with no obvious origins.

“They’re elongated, almost like cigars,” says Weinstein. “It was a mystery.”

Weinstein and his students looked around the Charleston harbor at common black plastic items—such as fishing nets—searching for a comparison. But there weren’t any matches. The breakthrough came when they found very similar cigar-shaped plastics in a waterway right off of a main road. Then it dawned on them what they were dealing with: tiny bits of car tires.

“It was a surprise,” says Weinstein. “Usually you don’t find what you’re not looking for.”

The find may not have been as shocking as it first seemed, however. Tires are actually among the most common plastic polluters on earth. A 2017 study by Pieter Jan Kole at The Open University of The Netherlands, published in the International Journal of Environmental Research and Public Health, estimated that tires account for as much as 10 percent of overall microplastic waste in the world’s oceans. A 2017 report by the International Union for Conservation of Nature put that number at 28 percent.

“Tire wear and tear is a stealthy source of microplastics in the environment,” wrote Kole and his co-authors. “But awareness is low and currently there is no alternative for tires.”

What are tires made of?

For thousands of years, wheels were made of stone or wood—no covering needed. Leather was eventually added on top to soften the ride, followed later by solid–rubber iterations. Cars were invented in the late 1800s, and pneumatic—or air filled—tires followed not long after.

At the time, tire rubber came primarily from rubber trees—the cultivation of which has contributed to mass deforestation across the globe. But as the 20th century dawned and cars became less expensive and increasingly common, the world needed more rubber than was readily available. In 1909 German chemist Fritz Hofmann, working for the German chemical company Bayer, invented the first commercial synthetic rubber. Within a year the material was in car tires. By 1931 the U.S. chemical company DuPont had industrialized the manufacturing of synthetic rubber.

Today tires consist of about 19 percent natural rubber and 24 percent synthetic rubber, which is a plastic polymer. The rest is made up of metal and other compounds. Producing tires still has monumental environmental impacts, ranging from continued deforestation to the climate-harming fossil fuels used to make synthetic rubbers to the assembly process. Modern car tires require about 7 gallons of oil to make, while truck tires take 22 gallons.

But what’s also becoming increasingly clear is that, as the rubber wears, tires throw off tiny plastic polymers that often end up as pollutants in oceans and waterways.

“Tires,” says Joao Sousa, who studies marine plastics at the International Union for Conservation of Nature, “rank really high in terms of contribution” to the microplastics problem.

“There is no globally accepted definition of microplastics,” writes Tire Industry Project representative Gavin Whitmore in an email. Their studies, he adds, “have found [that tire and road wear particles] are unlikely to negatively impact human health and the environment.”

How do they break down?

Tire tread patterns help determine a vehicle’s grip on the road, as well as handling, maneuvering, and breaking. But better grip can also mean more friction. And as we drive, abrasion causes bits of our tires to break off.

A 2013 report by Tire Steward Manitoba, in Canada, found that passenger light truck tires lost nearly 2.5 pounds of rubber during their service life (average of 6.33 years). The Kohl study found that Americans produce the most tire wear per capita and estimates that, overall, tires in the U.S. alone produce about 1.8 million tons of microplastics each year.

Exactly how much of that waste ends up in waterways depends on many factors, says Sousa, ranging from where the road is located to the weather; rain, for example, can cause more particles to flow into the environment. Research into the topic is relatively new, he notes, so estimates will improve as more work is done. But with millions of vehicles traveling the streets every day, he says, “you start to have a grim idea about the amount of tire (particles) released.”

Once tire particles have made it into rivers or oceans, they can have noticeable effects on marine life. John Weinstein, at the Citadel, exposed shrimp to tire particles in lab settings and found that the animals ate the particles, which also got stuck in their gills. Once ingested, particles balled up in the shrimp’s guts.

“It doesn’t die immediately,“ he says. ”There are these chronic long-term effects that really haven’t been studied.”

End of the road

Better understood is what happens to tires once they’ve run their course and need to be disposed of—“end of life,” as the tire manufacturing industry calls it.

The trajectory for used tires is, in many ways, positive. For example, the recycling of tire scraps into products such as playgrounds, sports fields, and building materials has increased dramatically over the years. The U.S. Tire Manufacturers Association (USTMA) says the re-use of tires has gone from 11 percent in 1990 to 81 percent in 2017.

But that number comes with a major caveat: It includes what is called “tire derived fuels” (TDF) —the burning of tires for energy.

According to Reto Gieré, an environmental scientist at the University of Pennsylvania, if tires are burned in facilities specifically designed for the task, it can be done fairly cleanly and is a decent way to recapture energy. But tires, he says, also contain high levels of potential pollutants such as zinc and chlorine, so if they’re burned in mixed-fuel facilities or without proper safeguards, he says, “we have a big mess.”

Tires that aren’t recycled or burned mostly end up in landfills—some 16 percent, according to a 2018 USTMA report. The amount of landfill-disposed tires per year nearly doubled between 2013 and 2017. John Sheerin of USTMA told Recycling Today magazine that, with demand for tire derived fuels in a decline, even more tires could start heading toward landfills.

Can we do better?

The tire hasn’t seen a major redesign in decades, but there has recently been a bigger push to develop more sustainable options. In 2017, for instance, researchers led by the University of Minnesota found a way to produce isoprene, a key ingredient in synthetic rubber, out of natural sources such as grass, trees and corn instead of fossil fuels. Last year Goodyear unveiled a concept tire made from recycled rubber that has moss in the middle, which is designed to soak up carbon dioxide as it travels.

Still, bits of these new tires could end up in the environment as well. Reducing tire wear, the Kole study says, would likely come at the cost of other performance metrics, such as rolling resistance, a tradeoff that may prove difficult for manufacturers to accept.

“I’m not aware of any new technology to address tire or road wear,” says Weinstein.

But he does see other, less direct, ways of combating the problem. Road surfaces, he suggests, could be made less abrasive or more porous to either reduce or help collect tire wear particles. He also believes that there’s room for better technology to capture tire particle runoff from roads. It’s a route that he’s currently exploring with a town near Charleston.

Overall, though, what he sees as most urgent is further research and increased scientific and public awareness.

“There needs to be more studies done,” he says. “I don’t know if this is on a lot of people’s radar right now.”

My ring story: Self discipline and accountability