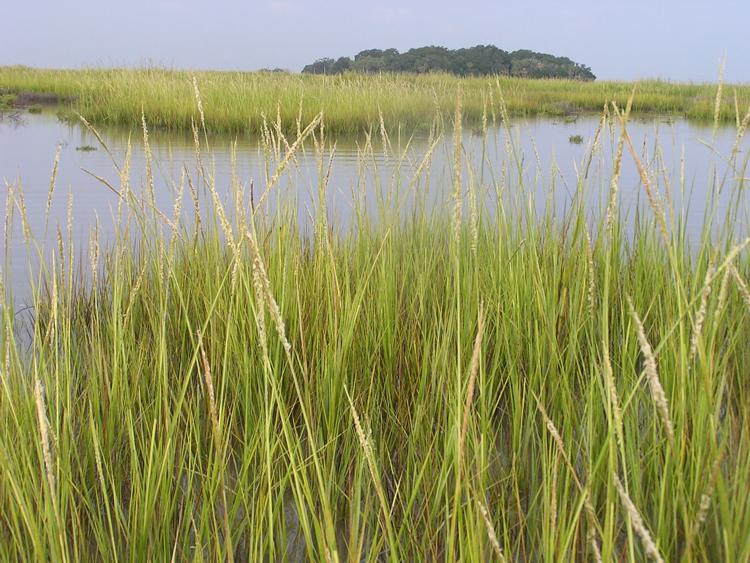 As seen in The Post and Courier, by Bo Peterson

The spartina grass that makes for miles and miles of beauty along the South Carolina coast? It’s gone.

The sleek cordgrass is now called sporobolus, a re-designation that flusters even the scientists who helped bring it about.

Recent DNA studies confirmed the reeds never really were part of the spartina species they had previously been placed.

The name change won’t grow very easily on the millions of coastal residents for whom “spartina” has become synonymous with Southeastern coastal life.

Pop the word in a Google search and you get nearly 2 million hits in less than a second. In Charleston alone it’s the name of streets, beach homes, hats, a landscaping company, a ship restoration company and an association management company, among others.

Paul Hosier, an emeritus marine biology professor at the University of North Carolina Wilmington, made a social slip by using the new designation in a public presentation. He was met with “surprise, angst, disappointment, disgust and disbelief,” he said in a North Carolina Sea Grant column explaining the research.

Professor Danny Gustafson, The Citadel molecular ecologist who contributed to the DNA study, laughed when asked about the fuss.

“It’s kind of frustrating when you know the name of a species, you don’t know that name of the species, and you have learn it again,” he said.

Spartina is the single most dominant plant in the intertidal zone from Mexico to the Northeast, Gustafson said. “Nearly every cool ocean animal you think of,” he said, either spends time or feeds on something that spent time in the grasses.

“While it (the re-designation) is challenging, it’s part of science,” he said. “It’s an opportunity to learn something new and that’s a good day for me.”