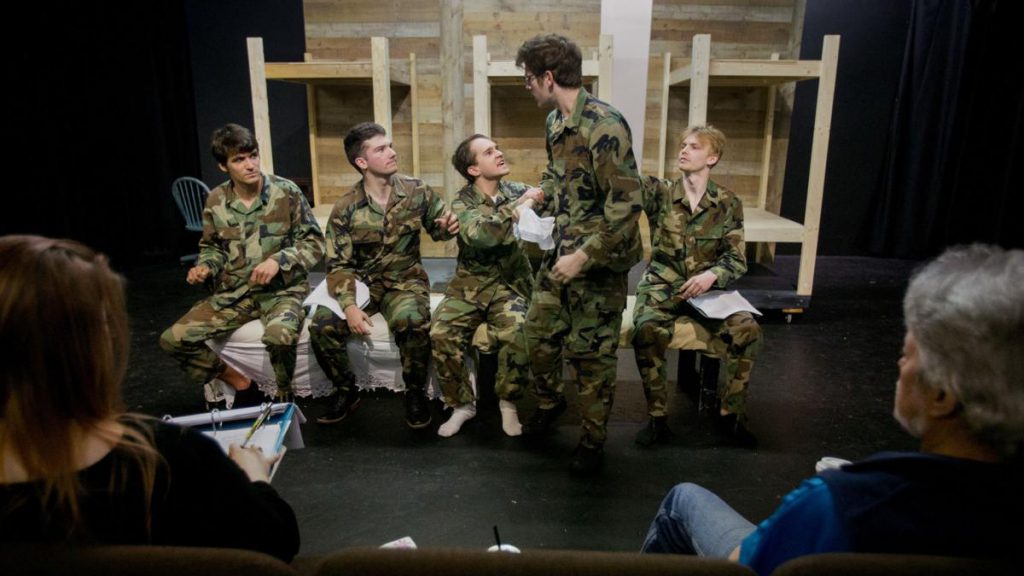 As seen in The Post and Courier, by Adam Parker

Bob Luke graduated from The Citadel in 1976 and served in the Army for five years, mostly stationed at Fort Bragg in North Carolina.

“I was never out of the theater, hardly a day,” Luke said.

By “theater” he was not referring to the war zone. For Luke was an actor.

“The Army has a great theater program,” he said.

He was part of 36 productions in less than 30 months while on active duty.

Luke left the Army in 1981 and moved to New York City in search of a career. It all worked out pretty well. He got some gigs in theater, television and movies, then turned to coaching, which he’s been doing for a couple decades.

Now he’s back at his alma mater to direct a play, Neil Simon’s “Biloxi Blues,” produced by a former private student, Mary Gould, and featuring a cast that includes a Citadel student and a Citadel alumnus.

The production is the first collaboration between the school and Gould’s North Charleston-based South of Broadway Theatre Company, and is part of The Citadel’s effort to expand its fine arts program.

Yes, The Citadel has a fine arts program. In fact, the fine arts minor, which 40 students are pursuing, is the biggest minor at the military academy, according to program director Tiffany Silverman. And it soon will have improved facilities. The school is preparing to construct a new Capers Hall that will include a 250-seat auditorium.

The play is about the conflict between Sgt. Merwin J. Toomey and Arnold Epstein, a private stationed in Biloxi, Miss. The action is seen through the eyes of another soldier, Eugene Jerome.

Gould said she was happy to learn about The Citadel’s future auditorium. For years she strove to find support for a Daniel Island Performing Arts Center that could house her theater company and serve the broader community. When that project fizzled, she kept her antennae out for a new opportunity, she said.

About a year ago, she approached Silverman, and the two women quickly discovered they could help each other.

“This is a win-win partnership,” Gould said. “What we want to bring to the table is what The Citadel needs, and vice versa. So far, I’m getting lots of support. They have been terrific.”

It made sense to mount “Biloxi Blues,” which had a history at the school, and that led Gould to reach out to Luke, her former acting coach in New York City, where years ago Gould pursued opera and theater.

“This is the first time I’ve used him in this capacity,” she said. “I’ve intended it for a long time, but never came up with right vehicle at the right time. Suddenly, when this partnership came together, it was just obvious that Bob was the very first person we had to bring in.”

Luke was born in Greenville to a military family. His father was an Air Force bomber pilot during World War II. His mother was an Army nurse. Luke wanted to follow in his dad’s footsteps, but an eye accident in high school caused him to see double for a while, and that was no good for an aspiring pilot.

So he donned green instead and ended up assigned to Special Forces School at Fort Bragg. He spent almost all of his time in the theater on the base.

“Once I started doing that, I knew that that was what I was supposed to be doing,” he said.

Years later, he was part of “The Cosby Show,” and coaching people such as Wallace Shawn, Miriam Makeba and sports broadcaster Jimmy Valvano. He worked on Ron Howard’s movie “Ransom” starring Mel Gibson, Gary Sinise and Rene Russo. He performed in Off-Broadway shows.

In recent years, he’s worked with Gould’s company, coming to Charleston to hold workshops and do some coaching, he said.

Lately, he’s been back and forth, in town for several days working on “Biloxi Blues” then back to New York City to work with his clients.

Silverman said she started at The Citadel in 2008 as an adjunct, when there were only art and music appreciation classes. In 2014, she was named director of fine arts, the first-ever permanent faculty in that position at the school.

A decade ago, about 300 students took fine arts courses; now it’s double that, she said.

“We have opportunity to change the paradigm of what people think about The Citadel,” Silverman said. “Art is not fluff; it is substance, an essential part of cadet life.”

It encourages attention to detail. It teaches choreography of movement. It requires discipline.

“I try to be both passionate and pragmatic,” she said. “My goal is to build a sustainable program that is going to last for generations.”

The school seems to be on board with that goal. The Citadel now is planning its new Capers Hall, which will house the humanities department and include an art gallery, studio classroom, digital media lab and auditorium.

This isn’t the first time the school mounted a production of “Biloxi Blues.” The Citadel presented the show in 1988, and one of the men involved back then, Dan Duggan, will have a walk-on role in the current production.

The college’s director of cadet activities, Arthur Rich, who is a former drill sergeant, will play the drill sergeant in the show. Citadel cadet Erich McPhail also is part of the cast.

Silverman said she’s delighted to be able to offer students opportunities in the arts. Some figured they would have to give up their artistic pursuits after enrolling at The Citadel.

But the military always has made room for painters, photographers, musicians, actors and entertainers.

“Part of what college is about is exploring who you are,” Silverman said. “Why should The Citadel be different?” 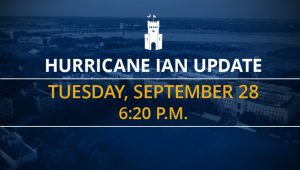