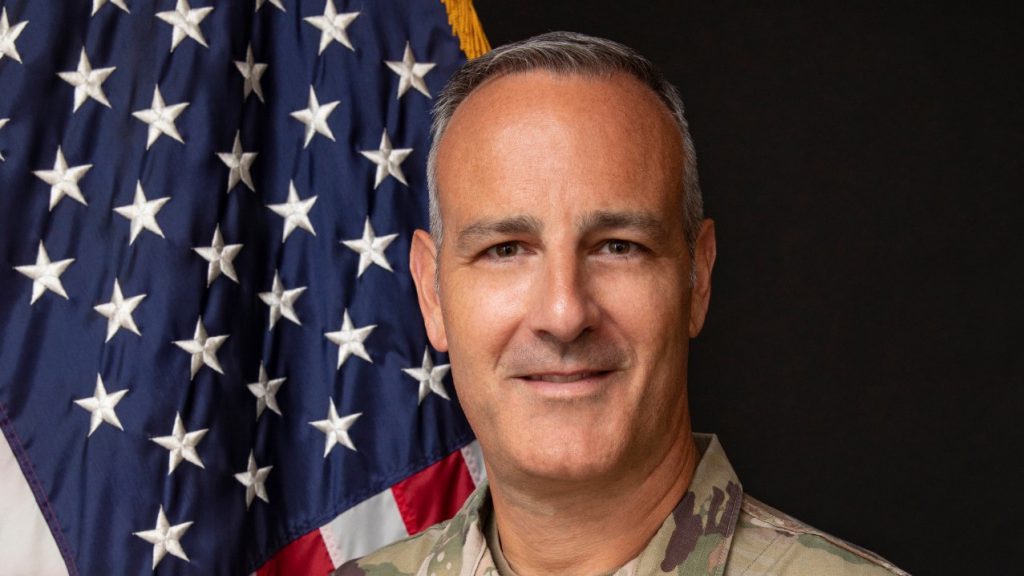 The communications strategist working on behalf of the United States and more than 50 countries will join his alma matter as vice president for Communications and Marketing. Col. William (Sonny) Leggett, USA, Citadel Class of 1996, will join the college after he retires from 25 years of military service later this summer.

Currently, Leggett is the director of strategic communications for Operation Freedom’s Sentinel and the NATO Resolute Support Mission, Afghanistan. In the position since 2019, Leggett synchronizes all communications, communications assets and capabilities across the theater while serving as principal advisor to the operational commander. He also serves as theater spokesperson engaging 1.9 million people daily across the social media platforms in support of campaign objectives.

“It is exciting to welcome Col. Sonny Leggett to The Citadel’s leadership team,” said The Citadel President, Gen. Glenn M. Walters, USMC (Ret). “His experiences and accomplishments as a strategic communicator in numerous high-level positions for the United States Armed Forces will greatly benefit our mission to educate and develop principled leaders.”

Before his deployment to Afghanistan, Leggett served as director of strategic communications for the National Security Council for three years. In that role he provided direct counsel to the President of the United States on efforts to counter terrorist and state-actor communications. Leggett also led the White House engagements with Silicon Valley enterprises, informing tech companies on how their platforms were being exploited by terrorists, including ISIS.

Earlier in his Army career, Leggett was the director of public affairs for Joint Special Operations Task Force, Afghanistan, and for the U.S. Army John F. Kennedy Special Warfare Center and School. He also served in The Citadel Army ROTC detachment as a recruiting officer, an assistant professor of military science and an active-duty cadet company tactical officer.

Leggett earned a B.A. in Political Science from The Citadel, an M.A. in Public Relations/Corporate Communications from Georgetown University and an M.S. in National Security Strategy with a concentration in Emerging Technologies from the National War College. Additionally, he completed U.S. Army Command and General Staff College, as well as the Defense Information School’s Public Affairs Officers Course.

Leggett replaces Col. John Dorrian, ’90, who left the college in May after accepting a position with Lockheed Martin.