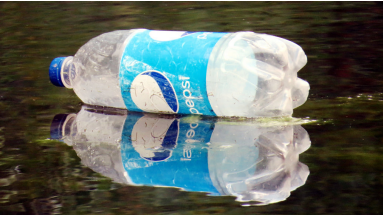 As seen in The Island Eye News, by Gregg Bragg

Something to know before visiting the Statehouse in Columbia; water from the drinking fountain contains microplastics.

The National Oceanic Atmospheric Administration defines the substance as any plastic debris smaller than 5 mm (about the size of sesame seed, they say). Dr. John Weinstein, Chair of the Biology Department and Professor of Physiology at The Citadel said during a phone call on March 8, he was probably the only person who wasn’t surprised by the findings in a study he administered for The Citadel.

“What around us isn’t made of synthetic materials? Everything is wrapped in plastic. Tires are made of rubber and plastic elastomers that deposit on roads and wash into Charleston harbor with every rain… [Microplastics] are everywhere we’ve ever looked; in the air, Arctic ice, on mountain tops, beer, table salt and in water,” said Weinstein.

Weinstein first started looking in earnest when studying the effects of microplastics in Charleston’s own back yard was added to his bailiwick in 2013.

“WISTV’s Paul Rivera first contacted us about doing the study… so we looked at reservoirs, surface water and tap water in and around Richland County,” said Weinstein.

College of Charleston graduate student Sarah Nell usually works in Weinstein’s lab studying the effects of microplastics on grass shrimp. Because of her experience with the emerging science, Nell was tapped for the project in Columbia and did a lot of the fieldwork for the study. Nell and Weinstein’s findings came at an interesting time for a couple of reasons.

The Atlantic reported in an article dated Feb. 27 that Newcastle University professor Alan Jamieson found microplastics in every single critter pulled from the Mariana Trench.

A particularly alarming part of the article reads, “The world produces an estimated 10 tons of plastic a second, and between 5 million and 14 million tons sweep into the oceans every year. Some of that debris washes up on beaches, even on the world’s most isolated islands. About 5 trillion pieces currently float in surface waters, mostly in the form of tiny, easy-to-swallow fragments that have ended up in the gut of albatrosses, sea turtles, plankton, fish, and whales. But those pieces also sink, snowing into the deep sea…”

There are also political considerations when it comes to plastic.

Neither Dr. Weinstein nor Sarah Nell were comfortable weighing in on the politics of plastics, but the Coastal Conservation League’s Land, Water, and Wildlife Program Director Emily Cedzo lives for it. She recently touted the findings in a call to action following the resurrection of the “ban on [plastics] ban” in the current legislative session.

Cedzo’s email of Jan. 22 said in part, “Senators Talley and Climer, both from the Upstate, are sponsoring Senate Bill 394—a proposal that violates home rule, and would prevent towns and cities in South Carolina from passing local bans on single-use plastics.

“We need to call out this bill for what it is; an industry-backed proposal that is meant to blunt local progress, and your right to protect your waterways, wildlife and public health…”

It is worth noting report that Georgetown should be included in that list, that Seabrook and most Myrtle Beach area municipalities are considering ordinances similar to their coastal brethren, or that the Small Business Chamber of Commerce echoed her sentiments.

S0394 is modeled after the House version of the bill, which failed during the previous legislative session. Asked who was behind the resurrection, Cedzo said many American Legislative Exchange Council (ALEC) backed organizations like the SC Retail Association, the SC Manufacturers Association, as well as the SC Chamber of Commerce. She also noted the headquarters of several plastics manufacturers are located in Hartsville, SC, and may be contributing to S394’s reintroduction.

The bill is currently in a subset/sub-committee of the Labor, Commerce, and Industry Committee, but will likely pass to the full committee after a hearing scheduled for March 20.