Soldiers are failing the Army’s new fitness test. Citadel cadets are figuring out why 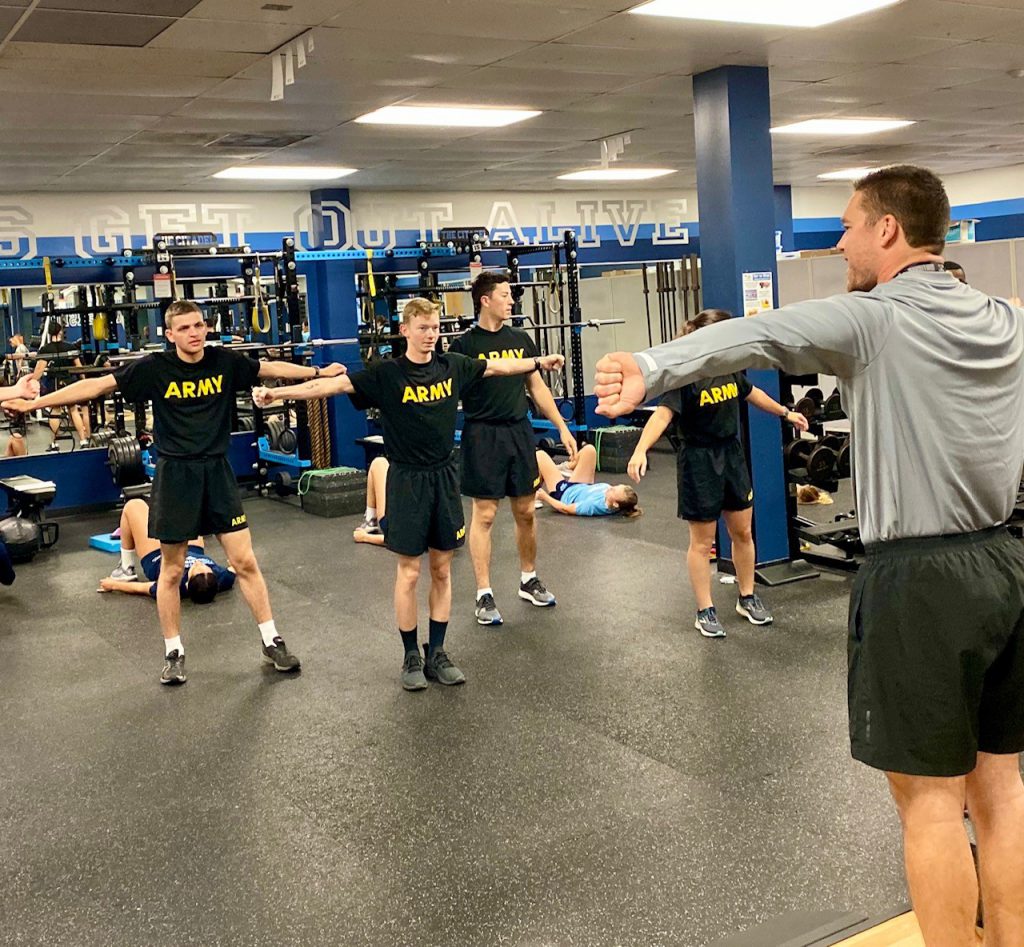 As seen in The Post and Courier
By Thomas Novelly

For the first time in nearly four decades, South Carolina soldiers will take a new fitness test to show their superiors they’re ready to protect and serve the nation.

With sudden change comes growing pains, and the rollout of the new Army Combat Fitness Test hasn’t been effortless. Concerns over high failure rates, inequitable results for women soldiers and cost of the program have flooded the military community.

But a sample of cadets at The Citadel who are training to take the Army’s new physical assessment this winter may be a litmus test for the nation on how effective or successful the change will be for the entire branch.

Since 1980, the Army has used three events to determine if men and women are able to do their duties: a 2-mile run, pushups and situps. But this fall, all trainees and active-duty soldiers will start preparing for the new, more rigorous test. It is a less structured workout that soldiers’ grandfathers went through and more of the trendy CrossFit approach.

Soldiers will now have to max out dead lifts, throw a medicine ball as far as they can, drag a 90-pound sled as fast as they can, complete as many leg tucks as possible on a pullup bar, run 2 miles and do pushups.

A group of 20 randomly selected Citadel students on track for an Army commission were taken as part of a group to measure the success of the training program. They meet every morning at 5:30 in the gym.

The verdict from the cadets training for the test: It’s hard.

“It’s more difficult,” junior Pedro Sharp said after doing a set of bench presses. “It’s a lot different from what we’re used to. But it’s to find out who wants to be here or not.”

This past spring, more than 500 Army officer hopefuls at The Citadel took the test. Some “failed horribly,” spokeswoman Kimberly Keelor-Parker said. The results of that test prompted the special training program for the 20 cadets.

Col. John Cyrulik, who works in The Citadel’s Department of Military Science and is overseeing the transition, said an estimated 10 percent of cadets failed.

“There were some real disasters,” Cyrulik said. “Young men and women coming right from their living rooms or the classroom will have trouble with this test. It has got to get better.”

Initial reactions to the Army Combat Fitness Test were similar across the country. Earlier this month, bloggers and social media accounts in the Army community began sharing snapshots of a leaked document that showed the latest results of more than 3,200 soldiers doing the new fitness assessment. The results were troubling.

The documents showed 30 percent of men failed the test and a staggering 84 percent of women. The slides were not “official documents,” the Center for Initial Military Training told the Army Times. The agency said it was “premature” to discuss early analysis of pass/fail rates.

“It is vital to emphasize that the first record ACFT is at least 13-14 months away,”said Lt. Col. Peggy Kageleiry, public affairs director for CIMT. “The Army will use this year to teach, train and mentor troops on how to prepare for the ACFT and therefore prepare for their combat mission.”

Annie Dinovo, a Citadel cadet, said the test was difficult at first. But training for it has made her feel more confident.

“At first I thought ‘If it ain’t broke, don’t fix it,’” she said. “But now, I like like it. It’s going to disqualify a lot of women. But, you’re just going to have to get better.”

There have also been early success stories of the Army Combat Fitness Test.

On Oct. 21, Spc. Benjamin Ritchie, a recruit at Fort Jackson in Columbia, became the first in the Army to get a perfect score on the new fitness test in basic training. Ritchie didn’t max out on the old test, but after nine weeks of training, he was able to ace both the old test and the new one.

Dan Bornstein directs the Center for Performance, Readiness, Resiliency and Recovery at The Citadel. He has broken down training for the Army Combat Fitness Test to be as beneficial to future soldiers as possible.

“There’s nothing about this new program that says Army training,” Bornstein said. “It’s an attempt to take the physiological needs of the war fighter and put them at the forefront. Overall, it’s a more valid assessment of what an infantry soldier is going to do on the battlefield.

With the old fitness test, the solution to not meeting a pushup quota was simple: do more pushups. But if a soldier is failing the dead lift event on the new assessment, training on other exercises like lunges and squat jumps to help get better.

The cost of readiness

Lt. Gen. Thomas Spoehr is an Army veteran who now serves as the director of the Heritage Foundation’s Center for National Defense in Washington, D.C. In his nearly 40 decades in the military, he said it has become clear to him that the branch’s physical fitness test needs an overhaul.

According to 2017 Pentagon data, 71 percent of young Americans between 17 and 24 are ineligible to serve in the military. At least 59 percent of those men and women can’t serve because of health issues or inadequate physical fitness.

“We’re never going to be the biggest army in the world,” Spoehr said. “Which means we have to be the best. There are people passing the fitness test every year and nobody would call them fit.”

Military budgets are precarious. While the old fitness test required nothing more than solid ground and a running track to complete, the new assessment is much more involved and much more expensive. What could have been done at your local middle school football stadium now requires medicine balls, weighted sleds, pullup bars and hexagon barbells to complete.

This past spring, the Army National Guard began searching for nearly 5,000 fitness instructors as well as $40 million in workout equipment to prepare for the test. While some critics have vocalized concern about this figure, Spoehr said it is likely the least expensive investment the Department of Defense can make in being sure America’s soldiers are ready to fight.

“For the price of, like, two Apache helicopters, you can make sure America’s soldiers are ready,” Spoehr said.

By October 2020, the entire Army will be using the Army Combat Fitness Test as the standard for readiness. But in December, those 20 Citadel graduate will see if all those early 5:30 a.m. workouts, dead lifts and lunges will pay off.

“I’m confident our cadets will meet the standard,” Cyrulik said.