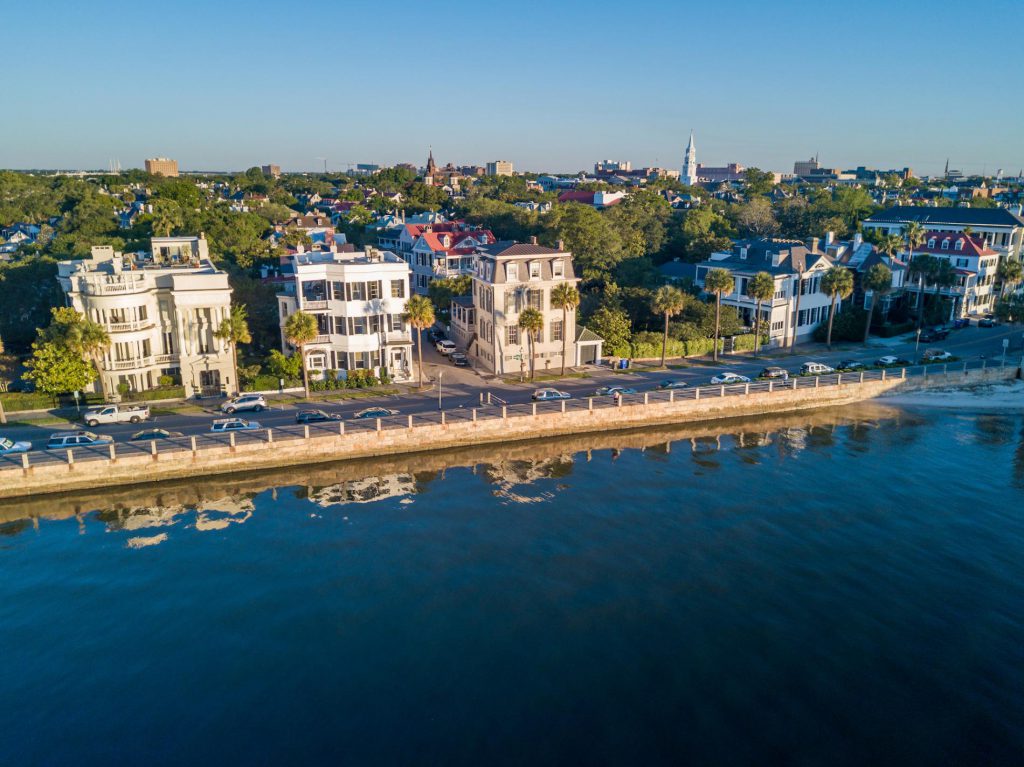 As seen in National Geographic, by Margaret Loftus

With its stately antebellum homes and cobblestone streets, Charleston, South Carolina, is steeped in history, but the town is far from preserved in amber. Rather, the Holy City—so named for its long record of religious tolerance—has embraced the future by integrating modern urban design principles into the redevelopment of its historic core and surrounding areas and welcoming forward-thinking industry such as tech companies and Volvo’s first American factory, where production is scheduled to begin in late 2018.

It also has a rich cultural life, with a dining scene on par with cities several times its size, the annual performing arts festival Spoleto USA now in its 42nd year, and the International African American Museum slated to open in 2020. Joe Riley, who served as the city’s mayor for 41 years before his retirement in 2016, says that in order to attract visitors and businesses, a city must first provide a good quality of life for all the people who live there. “That sense of shared citizenship spills over,” he says. “Charleston is uniquely poised to face the future because we have all the elements of a great city, including very livable neighborhoods, a collection of beautiful and welcoming public spaces, great educational resources, a bustling port, and a new creative economy that will only continue to grow.

Southern Classics and Beyond

A handful of venerable farm-to-table restaurants packs them in for their perfect execution of dishes that highlight heirloom and local ingredients, like Husk’s Carolina Heritage Pork, Carolina Gold Rice, and Sea Island Red Peas, and the roasted snowy grouper and Evangeline sweet potato at FIG. But locals are always game to expand their horizons beyond the Southern canon at edgier spots such as Bar Normandy, a lively 25-seat permanent pop-up of sorts (its space is a working bakery by day) where patrons slurp oysters, sip Old World wines, and order from the tiny and ever-changing menu that ranges from charred octopus to royal red shrimp to a high-brow rendition of scrapple.

As the anchor of the downtown shopping district, Belmond Charleston Place is known for its sumptuous guestrooms, Georgian staircases, white-glove service, and a splashy rooftop pool beneath a retractable glass roof. The Dewberry, housed in a former federal office building, opened in 2016 with a midcentury aesthetic and lobby bar straight of a Madmen set.

Aside from its many man-made charms, much of the area’s allure lies in its natural beauty. The Charleston peninsula and the sea islands that surround it are an unspoiled land-meets-seascape, with countless tributaries and broad beaches to explore. The locals are keen on keeping an ecological balance between nature and a growing society. In 2015, Volvo Cars arranged for 15,000 acres of land to be mitigated against development to preserve local wildlife habitats. Volvo Cars is a new neighbor in the Charleston area, joining several other manufacturing companies that have set up shop recently.

Get the lay of the land by driving over the graceful cable-stayed Arthur Ravenel Jr. Bridge—which spans the Cooper River and has become an icon since it’s completion in 2005—and head toward the Isle of Palms for a surf or kiteboarding lesson. Or cruise under a canopy of live oaks on the way to Kiawah Island for a round of golf at one of its five championship courses. End the day with a sandy stroll at Beachwalker Park and keep an eye out for bottlenose dolphins strand feeding, a practice unique to this region.

Pick up Lowcountry souvenirs like Geechie Boy grits and salt from Bulls Bay Saltworks, along with your morning latte at The Daily on Upper King Street. Further downtown, find funky frocks from the likes of Dosa and Raquel Allegra at Worthwhile.