Smalls inducted into The Citadel Athletic Hall of Fame 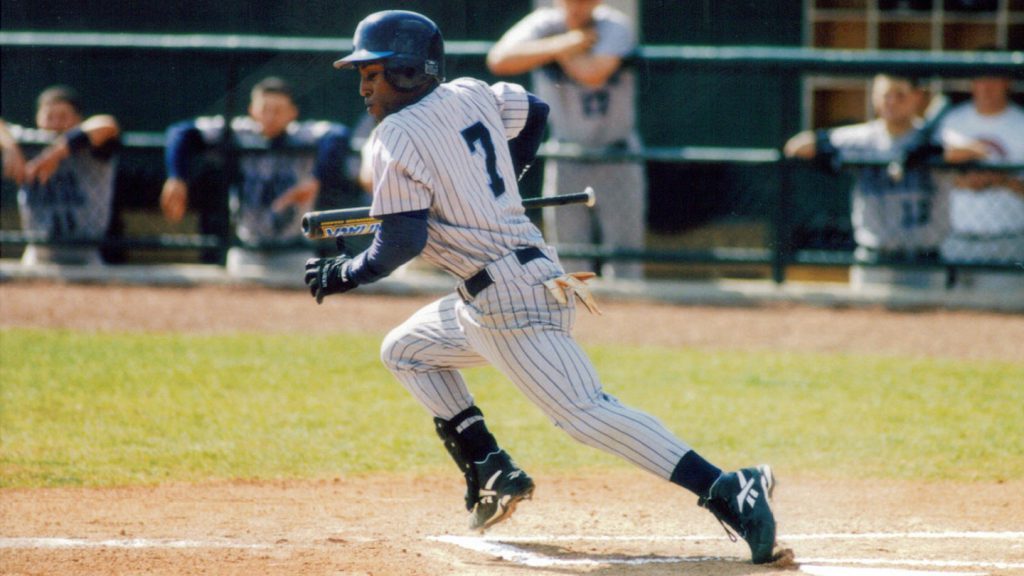 As seen in The Times and Democrat

Holly Hill native Terrence Smalls, a 1994 graduate of Holly Hill-Roberts High School and a 1998 graduate of The Citadel, was inducted into The Citadel’s Athletic Hall of Fame on Friday, September 20.

Smalls, son of Johnny and Beverly Smalls of Holly Hill, was a 4-year starter for the Bulldogs, where he played shortstop.

A threat to steal every time he reached base, Smalls ranks second on the Southern Conference all-time list with 115 stolen bases.

The shortstop earned First-Team All-SoCon honors as a senior after hitting .375 with 13 doubles and 42 RBI.

He also scored 71 runs and stole 49 bases. Smalls’ outstanding senior season led to him being drafted in the 24th round by the Florida Marlins in the 1998 Major League Baseball First-Year Player Draft. He has since coached many young players throughout The Midlands of South Carolina.

He currently ranks in the top six in games played, at-bats, runs, hits and stolen bases.

The other four inductees into this year’s Citadel Athletics Hall of Fame class include Mariana Garcia (women’s soccer, the school’s all-time leader in goals scored, the only women’s soccer player in program history to earn Southern Conference Freshman of the Year and SoCon Player of the Year honors.), James Lee (football, Honorable Mention All-American, First-Team All-Southern Conference), Andre´ Roberts (football, two-time All-America selection, the school’s all-time leader in receptions (265), receiving yards (3,743) and receiving touchdowns (37), in his 10th NFL season, playing for the Buffalo Bills), and Wade St. John (honorary, a former quarterback who was a part of the school’s first Southern Conference football championship team, the only former athlete to be included in the prestigious Society of 1842 – those who have donated over $1 million to The Citadel, also a member of The Citadel Brigadier Foundation Chairman’s Club and Order of the Tartan).

The 2019 Citadel Athletics Hall of Fame Banquet was held Friday night at the Charleston Marriott.