Share your COVID-19 story to be included in historic records 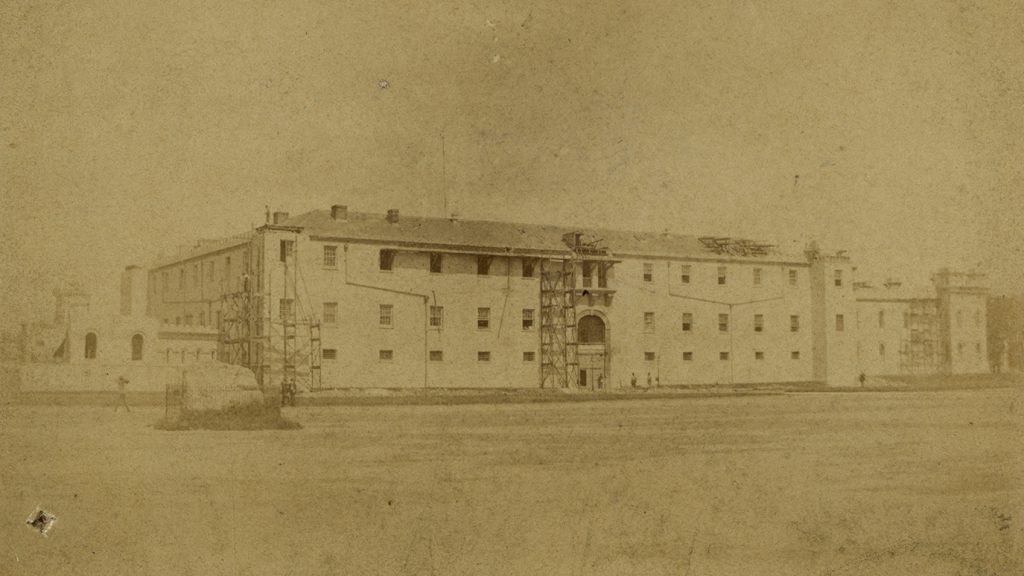 The Citadel Archives is seeking stories and images from our students, faculty, staff and alumni for a permanent research collection focusing on their COVID-19 experiences.

Your submission will help future generations and researchers understand what it was like to live in this moment in time. Topics might include your transition to online learning and work, caring for loved ones, concern for friends, or feelings of anxiety or isolation. Many will contain similar themes, but each story is unique and important to tell.

The COVID-19 pandemic has already changed the way we live, learn, and work around the world. Thank you for helping us to preserve this chapter in Citadel history.

Our Archives collects and preserves institutional history dating back to the school’s founding in 1842. Throughout its history, The Citadel has faced wars, epidemics, rebellions, fires, earthquakes, hurricanes, social and cultural changes. Institutional records help to provide important information on specific subjects and events, and personal stories, letters, diaries and photographs help to bring that history to life. Below are vignettes from our collections relating to significant moments in history.

From the diary of Oliver James Bond, Class of 1886

The earth-quake we had the other night was of terrible violence in Charleston. About 35 or 40 people were killed, many wounded, & the whole City laid in ruins. Many of the large & beautiful buildings were demolished, and the entire population sent homeless & frightened to the public parks for safety. The shocks have continued, but of far less violence. One shock tonight approached somewhat the violence of the first – knocking down some buildings in Charleston which were already damaged. The people are terror-stricken & thousands are destitute – but the Cities North, East, South, & West have responded benevolently & probably $150,000 has been raised for their relief. Tents have been sent by the Government & all the public squares present a queer appearance, like the encampment of a mass like the Crusaders.

All this week the city, aye the whole country, has been waiting in suspense the news from Buffalo concerning the condition of President McKinley, and this morning a little after 2 A.M., tho prepared for it, we were deeply grieved to hear that he had passed away.

With his dying lips he recited a part of “Nearer My God to Thee” and his last articulate words were “Good-bye, all, good-bye. It’s God’s way. His will be done.” So passed away one of, if not the greatest men the American people have produced since the time of Abraham Lincoln.

From the Board of Visitors Meeting Minutes, 1919

During the last week in September [1918], a wide spread and virulent epidemic of Spanish Influenza set in all over the land, and for a month or more the schools and colleges became practically little more than hospitals. At the Citadel, the epidemic spread so rapidly that in less than a week more than 50 cases of the disease developed in the Corps of Cadets. Not only were our hospital facilities exhausted, but it was impossible to get sufficient trained nurses to attend the sick; and upon the advice of the Surgeon, Dr. Cathcart, the cadets who were not sick were furloughed on September 29th, for 30 days. There was only one fatality, and by the first of November, the force of the epidemic seemed to be spent.

After the Christmas holidays, the normal routine of the Citadel was in operation again. Early in the new year, a second epidemic of influenza developed among the cadets, as elsewhere, and while not so serious in regards the number attacked, it was of a more virulent type than the scourge of the preceding October, and in the space of a week five members of the Corps succumbed to pneumonia.