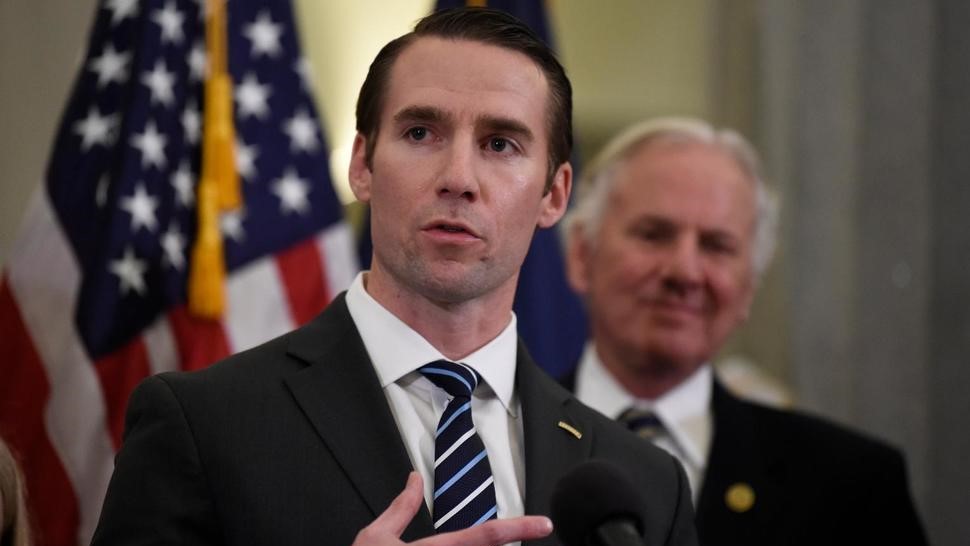 Note: Bobby Cox is a member of The Citadel Class of 2002.

As seen in U.S. News & World Report, by Meg Kinnard

A military veteran serving as a freshman state lawmaker has been selected as the first secretary of South Carolina‘s newest Cabinet-level agency.

Gov. Henry McMaster on Wednesday named Greenville Rep. Bobby Cox as his choice to lead the Department of Veterans’ Affairs, calling him a “real leader”among numerous applicants for the position. The pick is subject to Senate confirmation.

In May, McMaster signed a law creating the agency, which had previously been housed within the Department of Administration. The governor pushed to elevate the agency to the level of his Cabinet, arguing the move was appropriate because of the central role the military and veterans’ communities play in South Carolina communities.

Over the summer, Cox was among a dozen people who served on a panel advising McMaster about who would be best to lead the department. The group was chaired by former South Carolina Adjutant Gen. Bob Livingston.

“South Carolina deeply respects and appreciates our military and our veterans, and with the development of this department, we can continue to take that appreciation to the next level,” Cox said at a news conference Wednesday.

Cox, 39, is a combat veteran who served four tours in Iraq as an Army Ranger. He was on active duty from 2002 to 2015, and currently serves as a lieutenant colonel in the U.S. Army Reserve. Cox has been awarded numerous service medals, including the Bronze Star.

Elected in 2018 to the state House, Cox also works as director of government strategy for firearms maker SIG SAUER. Soon after being sworn in earlier this year, he announced he was donating his legislative salary to Upstate Warrior Solution, a nonprofit group that connects veterans to resources.Cox had pledged to give the salary to the group during his campaign.

Cox is a 2002 graduate of The Citadel, where he served as Cadet Regimental Commander in charge of all students. He has graduate degrees from George Washington University and the University of North Carolina at Chapel Hill.