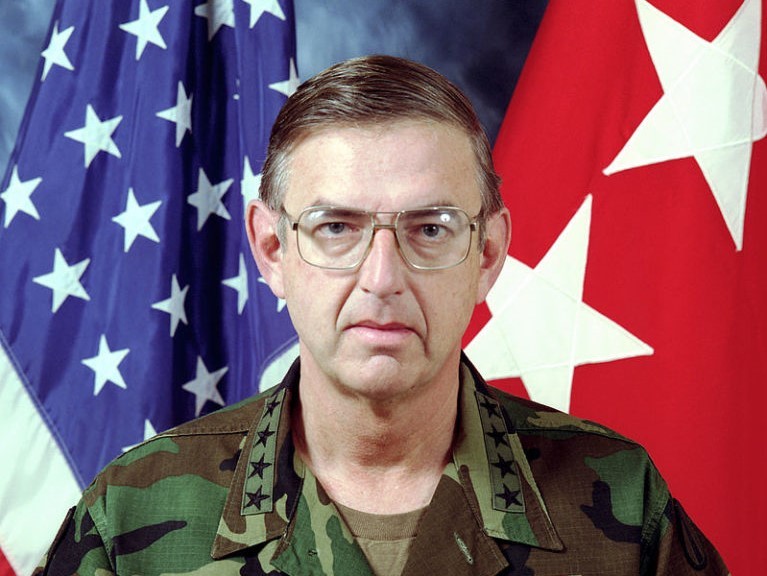 My philosophy was always to give as clear guidance as I possibly could and then to empower subordinates to run on the ragged edge of audacity and do what they thought was important.

Gen. William W. “Bill” Hartzog served his country for 35 years as an Army officer, accepting a commission upon graduating from The Citadel in 1963 with an English degree. He is being remembered by many after passing away October 15, 2020.

While in the Army, Hartzog worked his way through leadership positions that would take him to posts including Fort Riley, Fort Benning, Washington D.C., and Vietnam.

I learned a great deal in the combat situation about how to motivate folks. The clearer the picture is of what it is you want them to do and the more they understand what success is, the more effective they’ll be. So if you can, paint a really good picture of what you want the aftermath of the battle to look like.

I remember sitting on the front step of my porch at Fort Amador (Panama) where I lived and looking across at about a 100 foot bay with my two young children sitting there watching the fire fight go on, which they thought were fireworks, and all that sort of business. So you know it was interesting, we had a machine gun nest dug in on our front lawn.

Hartzog went on to become the Commanding General of the U.S. Army Training and Doctrine Command (TRADOC) at Ft. Monroe, Virginia in 1994. His mission in that role was to prepare the Army for war by developing the Army’s doctrine for training and combat. He retired from service while in that command in 1998 after 35 years.

Along with leading various fundraising activities during his retirement, Hartzog also served his alma mater in numerous capacities, including providing a Greater Issues Address to the Corps in 1998 ( the transcript of which can be read below). Maj. Gen. John Grinalds, The Citadel President at the time, introduced Hartzog as the “architect of the Army of the future of our nation.” Hartzog, who grew up in Wilmington, North Carolina, told cadets that when was 18 he was planning to attend North Carolina State, but because he had the biggest car, he was recruited by high school friends to drive to The Citadel for an overnight visit.

“There was a thud of drums, the cry of the bugles the stir of the bagpipes and it lit an emotion in me and a fire that’s been here for forty years.” It made my hair stand up on the back of my neck forty years ago and it’s never gone down.”

Most recently in 2018, Hartzog served as the chair for the Presidential Search Committee, securing Gen. Glenn M. Walters, USMC to lead The Citadel upon retiring from the Marine Corps.

Some things people may not have known about “Bill,” as he preferred to be called, was that — during his time in the Army — he played basketball for the Marine Corps and he ran marathons, despite being diagnosed with Graves Disease. He also rebuilt vintage automobiles throughout his life, including a 1948 Plymouth, a 1960 Thunderbird and MGA, and a 1963 Spitfire.