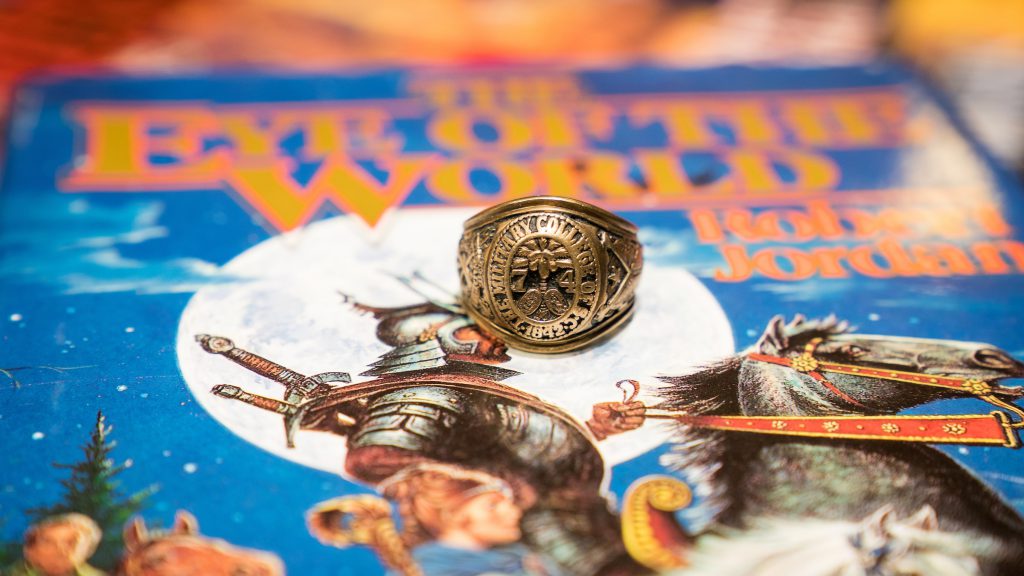 Photo: The first book from “The Wheel of Time” series and James Rigney’s Citadel ring

The Wheel of Time premieres on Amazon Prime Video on Friday, Nov. 19

Before it became a multi-million dollar TV production, “The Wheel of Time” was a series of 14 books by Robert Jordan, published between 1990 and 2013.

And before becoming famous around the world as Robert Jordan, a pen name, the author was known as James Rigney Jr., The Citadel Class of 1974.

He enrolled at The Citadel, and graduated with a degree in physics, after joining the Army and serving in Vietnam, earning multiple decorations for his service.

Rigney began writing in 1977, and published the first book of “The Wheel of Time” series in 1990.

“The ‘Wheel of Time’ is one of the best-selling and most-loved series of books in history. It’s a powerful story, powerfully written, with legions of devoted fans around the world: an estimated 90 million copies sold in 33 languages so far,” said Michael Livingston, Ph.D., an English professor at The Citadel. “It’s a fantasy, and like many of its forerunners in that genre — from Homer’s ‘Iliad’ to Tolkien’s ‘Lord of the Rings’ — it’s a work of mythic complexity, shot through with an eye for the realism of trauma: something Rigney had seen first-hand as a decorated helicopter door gunner in Vietnam before he returned to Charleston.”

On Friday Nov. 19,, the world Rigney invented will begin streaming on screens across the country via Amazon Prime Video.

“There’s no underestimating the enormity of the excitement around the world to see the rich world he created, and the rich characters that live and breathe within it, transfer from the page to the screen,” said Livingston.

However, Rigney’s connections to The Citadel don’t end with his degree. The college awarded him with an honorary doctorate of literature in 1999. Books from “The Wheel of Time” series are also kept in the Rare Books Room in the Daniel Library on campus; the library also has a display filled with memorabilia from the author.

Livingston, who is himself a fantasy author and historian, has Rigney’s old desk and chair in his office, as well as the full collection of his books and some other personal items.

“There can be no doubt that Jim Rigney, writing as Robert Jordan and more, had a tremendous impact upon the fantasy genre and sold millions of books because his stories spoke to something important in the human experience,” said Brian Madison Jones, Ph.D., dean of the School of Humanities and Social Sciences. “We hope that Rigney’s work will inspire future Citadel cadets and students to discover the creative part of their nature and bring imagination to whatever work they choose.”

Before completing the series, Rigney died in 2007 after a battle with the rare blood disease amyloidosis. Author Brandon Sanderson was chosen to complete the sequence, based on Rigney’s notes. 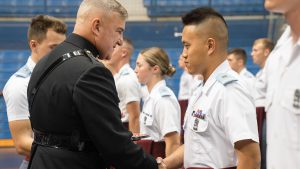 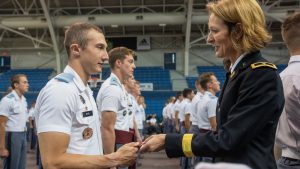 Gold stars for spring 2022 awarded to Citadel cadets and students 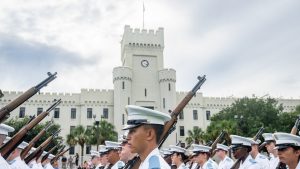