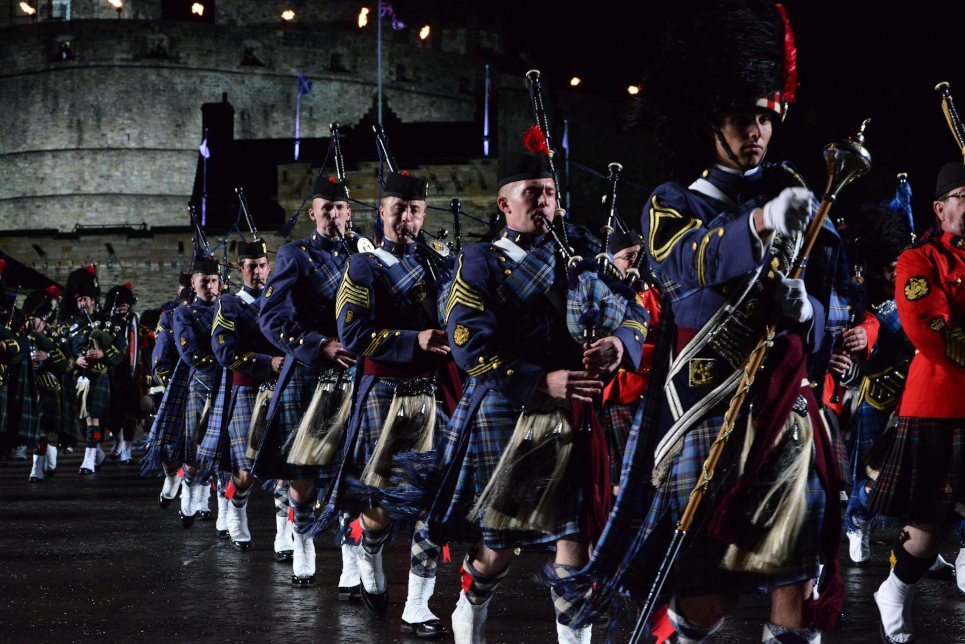 As seen on PipesDrums.com

Photo above: The Citadel Regimental Band and Pipes performing as America’s Band 2015 at the Royal Edinburgh Military Tattoo

Note: Samuel “Jim” Dillahey is a member of The Citadel Class of 2001. He returned to his alma mater to become the director of The Citadel Pipe Band in 2003. Under Dillahey’s leadership, the Pipe Band has earned numerous awards, distinctions, and multiple invitations for The Citadel Regimental Band and Pipes to perform in The Royal Edinburgh Military Tattoo as the sole representative of the United States of America.

The coronavirus has turned the piping and drumming world upside down. Without pipe band competitions, associations have had to rethink their mandate, and those that have been slow or unable to react will inevitably see the members they used to count on to renew their fees year after year ask tough questions.

But rather than fold up and wait for a return to the past, some associations have actually seized on the situation as an opportunity to reassess, rediscover and reinvent their role and mandate.

Three of those are the British Columbia Pipers Association, the Eastern United States Pipe Band Association and the Midwest Pipe Band Association. All based in North America, and covering massive geographies, they’ve been present for their members more as a partner in piping and drumming than strictly a pipe band competition machine.

There are others, but these three groups have put a strong emphasis on communication and transparency. We might be able to learn a few things from their leaders on what has worked for their organizations and possible new approaches for the future.

Graham Davidson has only recently taken over as president of the British Columbia Pipers Association. For many years the pipe-major of the Grade 3 Greighlan Crossing Pipe Band of Vancouver until 2016, Davidson is a prolific piping teacher. He succeeded Rob MacNeil in the top post with the BCPA, and Davidson gives great credit to his predecessor and others for guiding the association through the first phase of the pandemic.

As president of the Eastern United States Pipe Band Association, Jim Dillahey leads the world’s largest piping and drumming organization both by the number of members and the massive geography it represents. He’s an accomplished piper and a full-time teacher of piping at The Citadel, The Military College in Charleston, South Carolina, as well as being an active playing member of the Grade 1 City of Dunedin Pipe Band of Florida.

Jim Sim is the president of the Midwest Pipe Band Association, a position he’s held for more than a decade. He’s one of the most accomplished pipe band drummers to come out of the United States, for many years the lead-drummer of Midlothian Scottish of Chicago, a band that reached Grade 1, and was forever a stalwart of Grade 2.

In this two-part video interview, we discuss the challenges and rewards that come with leading their associations. Converting to online methods, keeping players engaged, testing out new methods in a time of incredible change, and the need to be financially stable in a time of crisis are just a few of the topics covered.

We learned a lot from the conversation, and we hope you will, too.