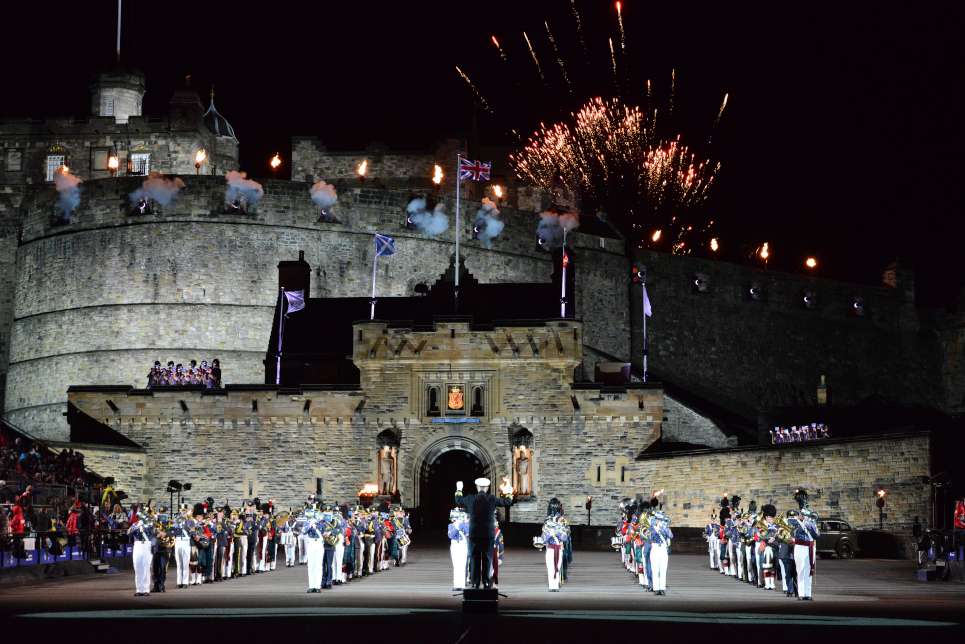 Royal Edinburgh Military Tattoo cancelled for 2020 due to pandemic

The Citadel has received word from our associates in Scotland that The Royal Edinburgh Military Tattoo will not be held this summer due to the pandemic. They made a public announcement recently. As you know, The Citadel Regimental Band and Pipes was going to the be the singular military band representing all of America in what was going to be a celebration of the 70th anniversary of the prestigious military music festival.

While this is disappointing news to the cadets who have been working hard to prepare under the leadership of Col. Tim Smith, the college director of music, and Maj. Jim Dillahey, our long time pipes band director, we understand and support the decision the tattoo administration made the safety of the public and the hundreds of participants selected to perform on the legendary Edinburgh Castle esplanade.

This is especially difficult news for our seniors who have helped lead the band and devoted countless hours to practicing and performing with excellence during their four years at The Citadel. However, for our younger members of the band, we believe they may at some point have a future opportunity to perform, if they continue to show a commitment to their duties and display the level of professionalism for which The Citadel Regimental Band and Pipes is known.

The Royal Edinburgh Military Tattoo 2020 would have been the fourth time The Citadel Regimental Band and Pipes represented the United States in the event that is seen by approximately 100 million people around the world. The Citadel made international headlines as America’s Band 2015, 2010 and 1991 in Edinburgh and remains the only U.S. military college band ever invited to participate.

Not one of those appearances would have been possible without the generosity of our loyal band supporters. Your kindness in helping the band with much needed instrument upgrades and in helping fund the planned trip to Scotland is deeply appreciated. We thank you for your understanding and your continued support as we work together to continue to propel this irreplaceable part of the college’s culture toward continued success in the coming years.

Read the previous announcement below:

The Citadel Regimental Band and Pipes will proudly represent the United States as the country’s designated military band performing at The Royal Edinburgh Military Tattoo in Scotland in 2020. The band will represent America for the fourth time, and remains the only U.S. military college band to have received the coveted invitation to perform on behalf of the nation in the world’s most famous military music festival.

The Citadel’s band will perform on the esplanade of the medieval Edinburgh Castle Aug. 7 – 29, 2020, as part of the month-long festival of music and pageantry featuring military organizations from around the world. Broadcast to 30 countries and approximately 100 million people annually, The Royal Edinburgh Military Tattoo is the largest production of its kind.

The Citadel made international headlines as America’s Band 2015, 2010 and 1991 in The Edinburgh Royal Military Tattoo. Additionally, the band was invited to perform in the Royal Nova Scotia International Tattoo in 2013.

Led by music director, Lt. Col. Timothy Smith, USMC (Ret.) and pipes director Jim Dillahey, approximately 80 cadets will travel to Edinburgh to represent their country, many of whom began their preparations for the Tattoo in 2018.

Watch a video about The Citadel Regimental Band and Pipe’s performance in 2015 below.

About The Citadel, the Military College of South Carolina

The Citadel, with its iconic campus located in Charleston, South Carolina, offers a classic military college education for young men and women focused on leadership excellence and academic distinction. The approximately 2,400 members of the S.C. Corps of Cadets are not required to serve in the military, but about one-third of each class earn commissions to become officers in every branch of U.S. military service. Citadel alumni have served the nation, their states and their communities as principled leaders since 1842. The Citadel was named Best Public College in the South by U.S. News & World Report for eight consecutive years and No. 1 Best Public College for Veterans in the South. Learn more about Our Mighty Citadel here.