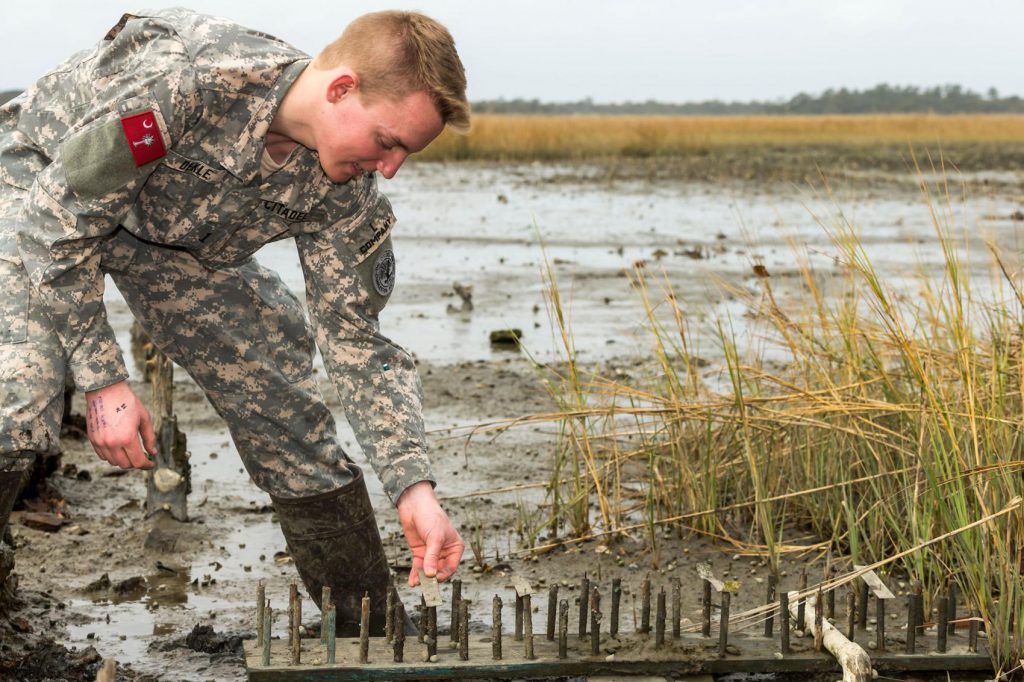 As seen in The Post and Courier, by Bo Petersen

Tiny black shreds make up nearly all of 7 tons of microscopic plastic particles found floating in Charleston Harbor at any given time.

The source was a mystery for researchers, until recently. It’s shreds worn off braking tires.

Meanwhile, plastic bags marketed as eco-friendly take as long or longer than standard plastic bags to break down in the same waters.

Those two disturbing findings, made by researchers at The Citadel, come as state legislators are dealing with a bill to make it illegal for cities and counties to ban plastic bags. House Bill 3529, carried over from the 2017 session, is back in front of the Legislature and could be taken up again as soon as Tuesday.

It would prevent local governments from banning plastic bag use by retail stores.

The Citadel findings are sure to fuel to the debate.

“By all accounts, the vote will be a close one,” said Coastal Conservation League spokeswoman Caitie Forde-Smith.

The water samples for both the tire shred study and earlier research that calculated the 7 tons were drawn from the same places: near bridges in the estuary and Winyah Bay. At least 98 percent of the plastics found were the tire shreds.

In samples drawn from under the Arthur Ravenel Jr. Bridge over the Cooper River, the number of microscopic tire shreds was so large that the researchers are still counting them.

All the findings are from ongoing research led by Citadel biology professor John Weinstein.

Microplastics in the waters broken down from litter or discards that take untold years to dissolve. Sooner or later, a portion of that 7 tons of waste gets eaten by marine critters, such as shrimp, and works its way up the food chain.

In lab tests, shrimp went at the tire shreds “like popcorn,” Weinstein said. On top of that, other research has shown the plastics pick up toxins in the water before they are eaten.

Senior Cadet John Dekle studied the breakdown of standard plastics versus eco-plastics in a controlled experiment along the Ashley River banks.

The finding “was the complete opposite of what we expected,” Dekle said. Much of eco-plastic was produced from bio-mass, or plant-based material, rather than petroleum. Recycling it requires industrial composters that aren’t yet widely available, according to The Citadel.

“It might be eco-friendly on the front end, but it’s not on the backside,” Weinstein said.

The plastics-ban bill was pushed by industry lobbyists after the City of Isle of Palms in 2015 became the first in the state to pass an ordinance banning businesses from offering single-use plastic bags to customers. Folly Beach followed suit about a year later, adding Styrofoam containers to its ban.

Charleston and a rack of other local governments also have looked at a ban as well.

The Statehouse bill would make the Legislature the only government body that can restrict the use of “auxiliary containers,” in its language. Supporters said any limitations would hurt the business sector, and the bans do not get to the nub of the problem, which is litter.

Opponents said the measure was an attempt to take away local government control over anti-pollution efforts, and that the plastics industry is seeking preferential treatment in the Statehouse.