Micro-plastics in the Lowcountry are tiring out the sea life 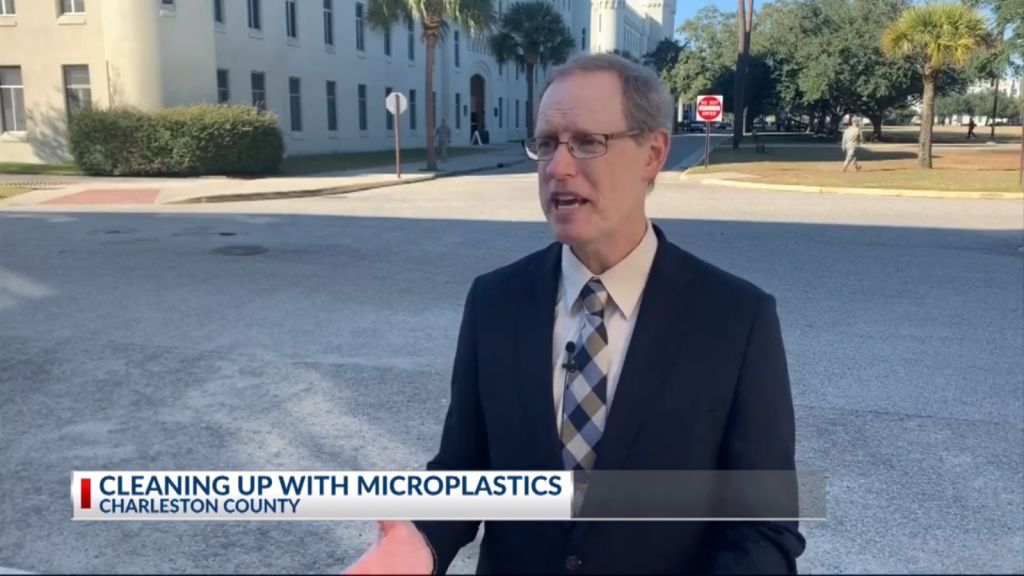 As seen on WCBD – Count on 2, by Cait Przetak

You may not see it, but lurking in the Charleston Harbor is nearly 7 tons of micro-plastics.

According to tonight’s key-note speaker at the South Carolina Aquarium, Dr. John Weinstein, Chair of Biology at The Citadel, micro-plastics are everywhere.

We’ve looked both in the water, and in the sediments and every where we’ve looked even in the animals , there’s micro-plastics.

DR. JOHN WEINSTEIN, CHAIR OF BIOLOGY AT THE CITADEL

Furthering that the problem of micro-plastics may not be a new one, but when it comes to the harbor, it is unique.

DR. JOHN WEINSTEIN, CHAIR OF BIOLOGY AT THE CITADEL

Those ‘red flags’ are exactly what got his program a grant from the NIH. With that grant, his students, and other students from the University of South Carolina are collecting and processing oysters to see how much micro-plastics are being consumed by the oysters. This in term will lead to the amount of micro-plastics that a human may consume just through eating seafood.

This study however is still ongoing.

As for where those tire particles are coming from? According to Dr. Weinstein’s research, the particles are being washed off of bridges and roadways. What’s worse is that it’s been happening for as long as vehicles with tires have existed.

But there is something everyone can do to reduce the amount of micro-plastics in the area. Despite just picking up litter that you see around or near the harbor, Dr. Weinstein also noted that you can chose to purchase more ecologically friendly products, over the more harmful.