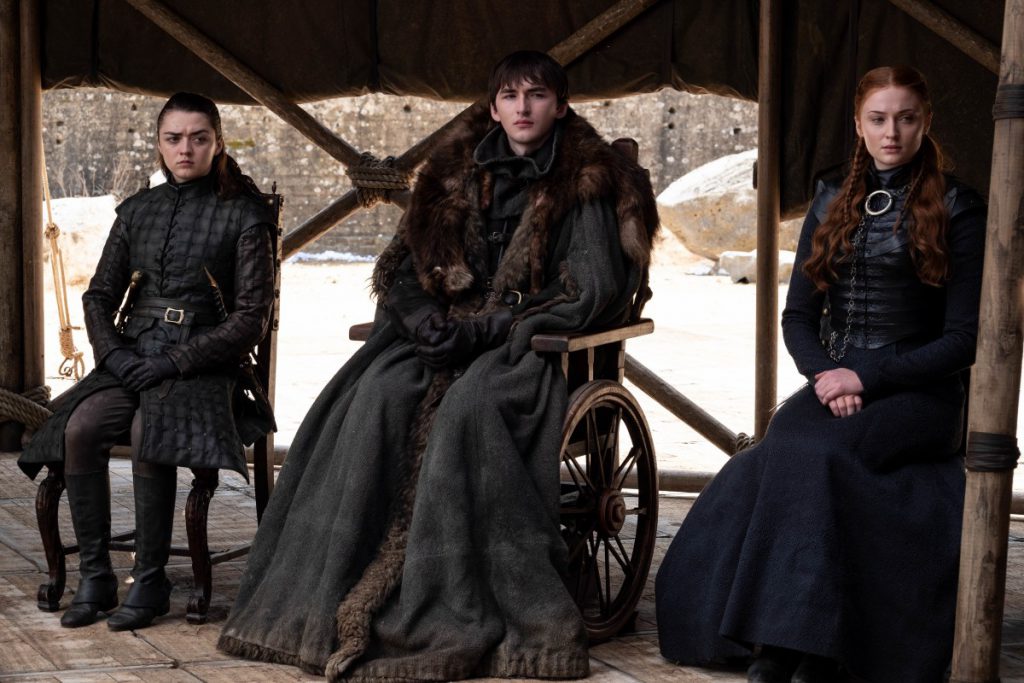 The Citadel’s Michael Livingston, Ph.D., answers some final questions after the season finale of the popular TV show

After eight years, 73 episodes, and countless theories, memes, and articles – Game of Thrones has come to and end.

When season eight was just getting started, though, Michael Livingston, Ph.D., earned national attention. He was interviewed by multiple news outlets, from Vice to Live 5 News, asking the big question: who will win the game of thrones.

The Citadel’s website also received a shout-out on a CNN article recapping the final episode, but we’re pretty sure it was an accident.
(Search for “Citadel” and tell us what you think!)

Livingston is often interviewed on medieval matters due to his regular column on tor.com, a science fiction and fantasy website. He is also an award-winning writer who has published a trilogy of historical fantasy novels and multiple nonfiction books.

Here are some of his thoughts about this season.

Overall, how do you feel about the ending of Game of Thrones? Do you think Bran is the right person to rule?

Game of Thrones has always been filled with flawed figures making difficult decisions in a fractured world. So as this final season came to a conclusion, was anyone “right” for the throne?

Cersei was pathologically narcissistic. She cared for no one and nothing but herself. I’ve heard suggestions that her death, as she embraces Jaime, reveals that she has been at some level redeemed, but I certainly don’t see it. She’s accepting his embrace to make herself feel better. Good leaders are selfless; Cersei’s life is about herself.

Dany took Cersei out (rather indirectly, which is one of the many writing choices that bothered me in this season), and in the sense that she “won” this final war, she “won” the game of thrones, which is what we thought would happen as the season unfolded. I mean, except …

Jon Snow finally knew something: his lover/aunt/queen went bonkers and had no business holding the throne she won. He assassinated her. So that might mean he won the throne, except he still doesn’t want it. Which is probably good, since Jon is an awful military commander and more war is surely on the way whether the series ended or not.

I’ve been #TeamTyrion as the seasons were unfolding. Through all the flaws and sins of his past he was learning to have a pragmatic sense of governance in a world whose leaders were so generally flawed. But then this season he failed again and again to use his head. So he wasn’t right, either.

Does Bran work? If everyone accepts his rule, then sure. Governments rule through the consent of the governed. But I honestly don’t know why anyone would accept him as a leader. He earned it by doing … what, exactly? Knowing stuff but keeping it secret?

Is there any medieval precedent for kings or queens being chosen by committee?

There is. The Holy Roman Emperor was technically chosen by a council of electors. Even more recognizable to most folks would be the kings of Anglo-Saxon England: a body of the largest landholders and highest ranking churchmen called the Witena-gemot selected the king from among those who could make a claim upon the throne.

What about a medieval precedent for kingdoms splitting peacefully? Is it even believable to think none of the other parts of the kingdom would also want independence?

Peaceful splitting of a political body is relatively uncommon in history — medieval or modern. People don’t like to give up power, so there would need to be an enormously powerful social and/or economic incentive to make it work without bloodshed. And, as you point out, giving one group independence almost begs for further fracturing: other holdings would likely view it as evidence of a weakening central power and would either break away or attack that central power to claim everything for themselves.

What did you think about the two big battles of this season? Were they historically accurate? Which battle in the entire series made the most sense to you?

George R R Martin’s Westeros isn’t a historical place, and it certainly introduces some very otherworldly elements of dragons and white walkers, for instance, but it has also made strides to remain true to our own historical examples in terms of being a world of largely “medieval” technologies.

In that sense, this season’s battles were not very good for historical plausibility: in both cases, people inside a besieged fortification chose not to use their fortifications. Instead, they put their army in front of their walls. Jon and Dany added to their own idiocy by putting their trebuchets in advance of these forward lines (thus rendering them useless), forcing their own retreating troops through choke points, and just generally making military historians like me want to jump out of windows.

Of all the battles in the series, my favorite was the so-called battle of the bastards. It, too, had some questionable tactics, but the way the event was filmed was extraordinary. Once it got going it was one of the best medieval battlefield melees I’ve ever seen on film.

On a personal note, reaction to this last season seems very split. What’s your personal opinion of this season, compared to the previous seven?

This season was really disappointing to me. The writers seemed to be just trying to connect plot points without a care for whether those connections made sense in terms of character or even consistency. Last season, one of the undead couldn’t escape a wooden crate; this season the undead were smashing through stone tombs. Last season, Jaime had a character arc pointing him in one direction; this season, the writers had him decide to go against that because … well, because. The whole season felt like that, and it was sad to see how much was lost as a result.

Nevertheless, I must say that I’m deeply grateful that the show captured so many imaginations around the world. It has brought new attention to the periods of history that I study, and from my point of view that can lead to good things for the preservation and understanding of our past. That I’ve been able to be a part of that phenomenon — and thus make The Citadel part of the show’s extended story — has been nothing short of thrilling.