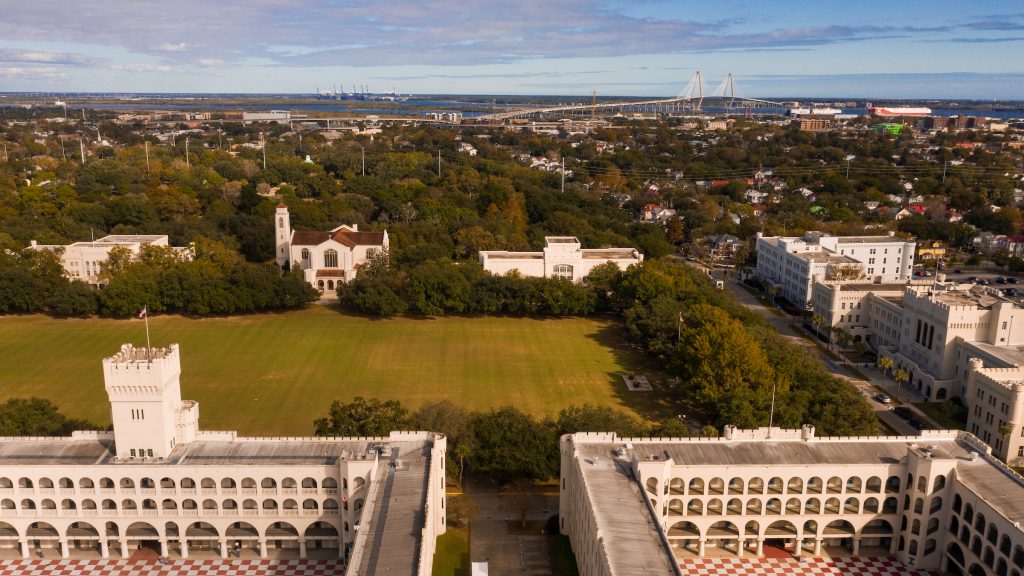 When he was growing up, William Baer Endictor’s parents used to give him a piece of advice that he still carries with him today: “You have a responsibility when you leave this life to leave it in a better condition than you found it.”

Today, the retired Atlanta attorney and 1959 graduate of The Citadel has dedicated his life to fulfilling that responsibility.

The former assistant solicitor for the state of Georgia and Fortune 500 CEO made headlines in 2009 when, to celebrate his 50th class reunion, he named the public military college as the sole beneficiary of his entire estate. Only a handful of other donors in the school’s 178-year history have made such a commitment.

In the decades that followed, Endictor’s estate has grown significantly, allowing him to substantially increase his donation.

The value of his legacy gift today totals approximately $20 million, one of the largest contributions the school has ever received.

Endictor’s gift will be processed through The Citadel Foundation, an independent nonprofit dedicated to raising funds for the school.

Bill Yaeger, the foundation’s senior director of legacy giving, said half of the donation, or about $10 million, will go toward the nonprofit’s annual academic endowment. This money is aimed at supporting educational enrichment opportunities, such as scholarship support for faculty and students, program enhancements and technology upgrades or improvements.

The rest will be classified as “unrestricted giving,” meaning the money can go toward whatever endeavors the school requires most.

“Academic enhancement is the lifeblood of this institution, supporting our mission to educate principled leaders,” Gen. Glenn Walters, Citadel president, said in a statement. “By generously supporting this fund, Bill’s estate gift secures his legacy of leadership and reinforces his lifetime of service to his alma mater.”

Flexible donations like this are often rare. But, Yaeger said, it wasn’t surprising that Endictor opted for this type of gift.

“One of Bill’s favorite things to say that he learned a long time ago is, ‘You hire good people, you give them a job and you get out of their way,’” Yaeger said.

The legacy donation will have a profound impact on the military college and its operations, Yaeger said.

Over the years, Yaeger and Endictor have maintained a longstanding friendship.

Endictor is deeply passionate about The Citadel, Yaeger said, not only because of his financial contributions but also his heavy involvement in the school’s operations after graduating.

Endictor is a former president of The Citadel’s Alumni Association, and he previously served on the President’s Advisory Committee and The Citadel Foundation Board of Directors.

He is a member of The Citadel Legacy Society and the Society of 1842 lifetime giving societies, and in 2011 he was awarded an honorary Doctor of Laws degree from the school.

“He’s a good man with a big heart that loves his college and the people he went there with,” Yaeger said. “He has always come back and tried to help out in any way that he can.”

Endictor was born and raised in Detroit. When he was 7 years old, his family relocated to Charleston, where he spent the remainder of his adolescence. His maternal grandfather lived nearby in Summerville as a farmer.

His family’s home on Dunnemann Avenue sat just 40 feet from The Citadel campus. After befriending a Citadel cadet as a high school senior, Endictor used to make frequent trips across the street to visit the school’s mess hall and barracks.

But more restricted access to the campus isn’t the only thing that’s changed in the 61 years since Endictor was a student himself.

“I thought I knew what The Citadel was all about. I didn’t have a clue,” he said.

Long gone are the days when disorderly freshmen had to scrub the insides of the 50-gallon communal trash bins at the barracks, he said.

“In terms of the military, that freshman year was a very rude awakening. But I learned how to take orders,” he said.

Endictor credits his tenure at The Citadel for two other important life skills: a commitment to hard work and persistent punctuality.

“I always do what I say I will do. It’s tattooed in my brain,” he said. “If I tell you I’m going to be doing something, you can take it to the bank.”

Endictor graduated from the college in 1959 as a pre-med major with a Bachelor of Science Degree. He briefly attended the Medical College of Virginia before realizing his true passion was law. He transferred to the University of South Carolina’s School of Law, where he earned his Juris Doctor, and he was admitted to the Bar in 1963.

During his time as assistant solicitor for the state of Georgia, Endictor became well-known for his work to combat child pornography and organized crime. He even litigated two cases before the U.S. Supreme Court.

In the ’70s, Endictor joined E.T. Barwick Industries, one of the largest international manufacturers of floor coverings, as its corporate lawyer. He eventually advanced to the position of CEO and member of the board of directors. Under his leadership, it became a Fortune 500 company.

“In business, just like in the military, you have a mission statement,” Endictor said. “And I have one invaluable rule: ‘The customer is always right. No exceptions.’”

After receiving a quadruple cardiac bypass surgery in the early 2000s, his thoughts in the recovery room often returned to the childhood advice he received from his parents. He wanted to ensure that he left the world better than the way he found it.

“I have no way to explain it. I decided that no matter how hard I worked, I was never going to be the richest person in the graveyard,” Endictor said.

He terminated his private law practice and shifted his entire focus to humanitarian work, most notably at Feed the Hungry and the Atlanta Community Food Bank, along with several local hospitals.

“I just want to do as much as I possibly can to make sure people aren’t hungry,” he said.

In addition to combating food insecurity, Endictor is passionate about cultivating talented leaders.

He hopes his legacy donation will help his alma mater continue to further this training at the military institution.

“At The Citadel, they are manufacturing leaders,” he said. “And this country desperately needs leadership.”