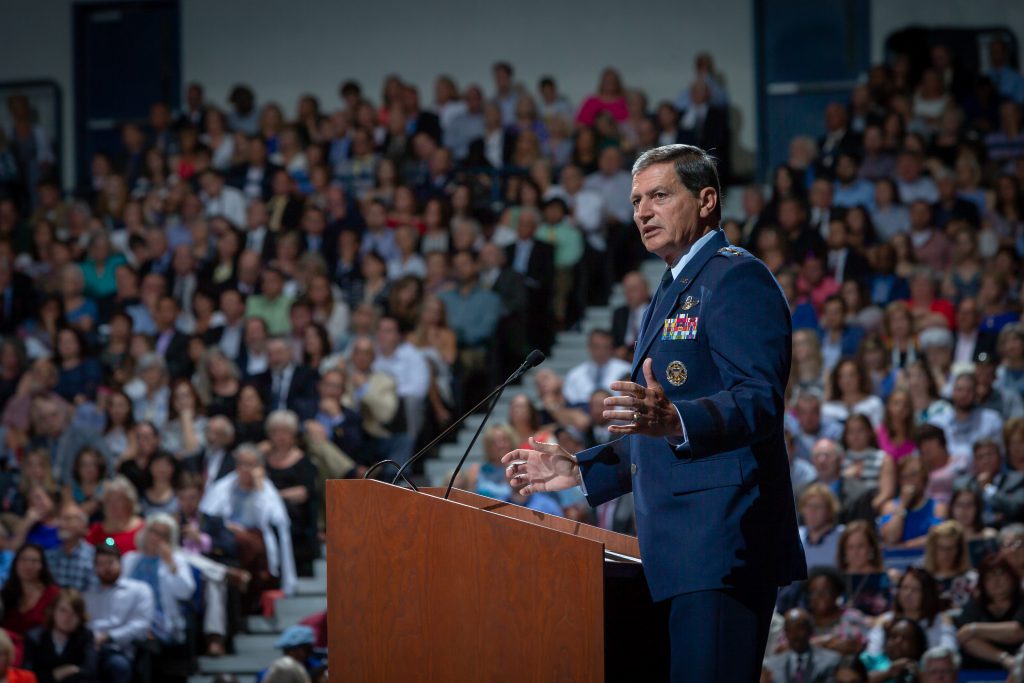 The Citadel is a proven producer of principled leaders. The military structure allowing the South Carolina Corps of cadets to run the undergraduate population is essentially a leadership laboratory. Young people focusing on leadership excellence and academic distinction are developed by being taught to serve before they are able to lead.

Every cadet spends four years engaging in leadership studies and civic service activities in addition to robust academic and physical training schedules.  Cadets go out into the community to serve others on a regular basis to learn what true leadership means. The Citadel’s service learning and civic engagement programs were formalized and dramatically expanded under the tutelage of one of America’s great military leaders ─ our esteemed president, Lt. Gen. John W. Rosa, USAF (Ret.). 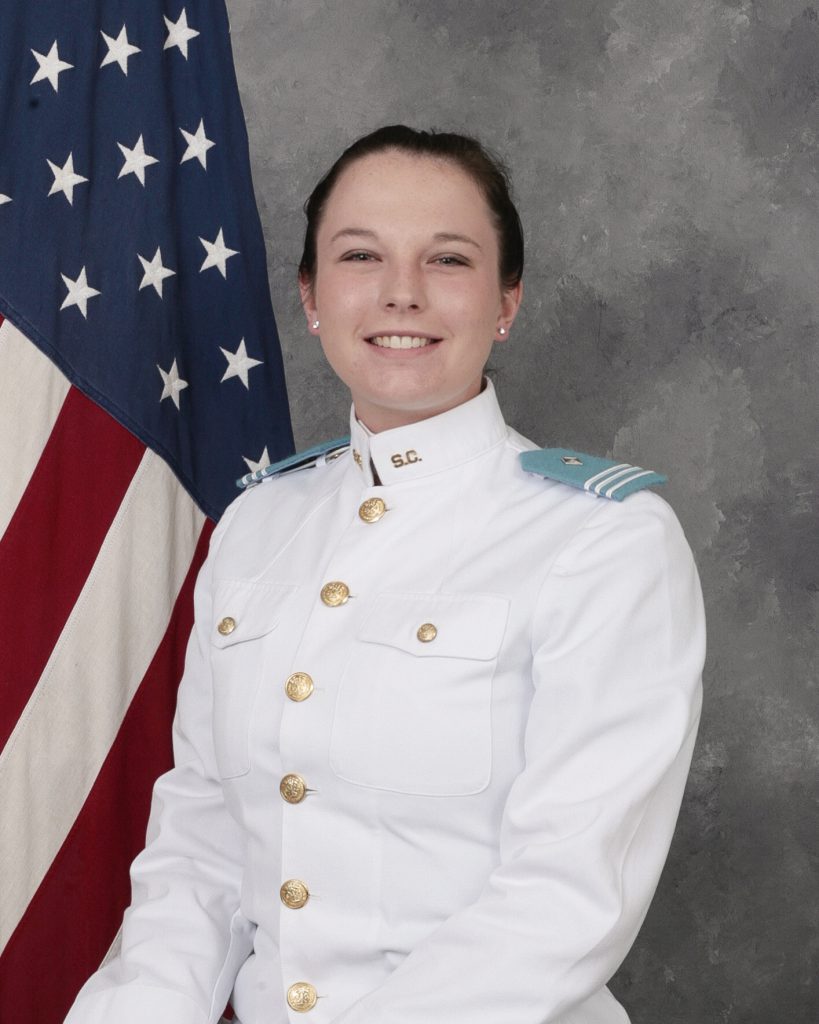 I am Cadet Alexandria Guild, and as the regimental public affairs officer for the Corps for the 2016-17 academic year, I had the opportunity to ask Lt. Gen. Rosa about his thoughts on leadership in this rapidly changing world. Here is what he said.

Q. What is one aspect about being a leader that you hope each graduating class takes away with them?

A. I believe a good leader takes care of people first. Your top priority as a principled leader is serving those in your charge with respect and humility. You also must take the time to get to know the people you are leading in order to inspire them to follow you.

Q. What does leadership mean in the face of a new administration, such as a presidential election?

A. Communication is the key to transitioning leadership, as is respecting one another’s differences. We talk a lot about civility in communications here at The Citadel. Being mindful of people who think or have different beliefs than you is critical to effective leadership, especially in times of change.

Q. How does a young person develop a personal leadership style?

A. That is an evolving process. The Citadel’s core values of honor, duty and respect offer a great starting point. Those form the foundation of a principled leader. You will observe, interact with, and learn from good leaders. You should do the same with those who are not as good at leading. Remember the top lessons from both of those situations and transform the positive experiences into your leadership tactics.

Q. How has your leadership style changed over the life of your career?

A. I adopted the best practices of leadership that I witnessed during my time as a cadet and later in the United States Air Force. You learn from seeing all kinds of leaders through the years and set your guideposts appropriately. Remember that at times, it is important to lead by asking questions of those who follow your command. Listen carefully and help position them as leaders within your organization.

Q. What is your favorite part of leading the South Carolina Corps of Cadets?

A. The day-to-day interactions with the bright and passionate young men and women in the Corps is very gratifying to my wife Donna and me. We have the privilege of seeing young people grow and mature into our nation’s future leaders.

Q. How are today’s young leaders different from when you were a cadet?

A. Young people today are far more aware of the larger world, its advantages and its challenges. Your perspectives are broader than ours were when our class graduated from The Citadel in 1973. When I was a cadet, we never imagined such immediate technological connection with the world. The immediate channels of communications available to young leaders is generally a good thing, but it is not without pitfalls. You see this play out with many global leaders daily.

Discourse in America is more polarized now, partially due to the instantaneous nature of communications. As a result, we do not listen to one another as we should, because many folks consider opposing viewpoints as evil, rather than mere disagreements. If we cannot communicate effectively, we cannot accomplish our goals. Technological connection can bring people together, but it can also serve as an echo chamber widening the gaps. Tomorrow’s leaders will need to bridge these divides.

On a smaller scale, cadet leaders must remain vigilant about protecting their privacy and that of those in their command, using good judgment at all times. Social media can be powerful but also destructive. A single snapshot or thoughtless post can prove devastating to a person on many levels.

Q.  What leaders inspired you the most?

A. Early on, it was my dad. He served in the Navy for more than three decades and was a prisoner of war during World War II. He was a Type A person who was very organized. When we changed the oil in our car, for example, it was a four-hour job with everything proceeding strictly according to the manual. I admired his discipline.

Another person who influenced me was Jerry Disch, my high school football coach. He was an ex-Navy fighter pilot who had great success coaching.

One encounter changed the entire course of my life. An Army major I barely knew here at The Citadel encouraged me to take a test for pilot training. It turned out that I did pretty well, and that started my Air Force career. A chance encounter with the right person can make a great deal of difference in your life. That is what I especially love about working with the young men and women on campus. Either directly or indirectly, I hope that I help them make decisions that take their lives in a positive direction.