Looking to a digital future, The Citadel launches Department of Intelligence and Security Studies 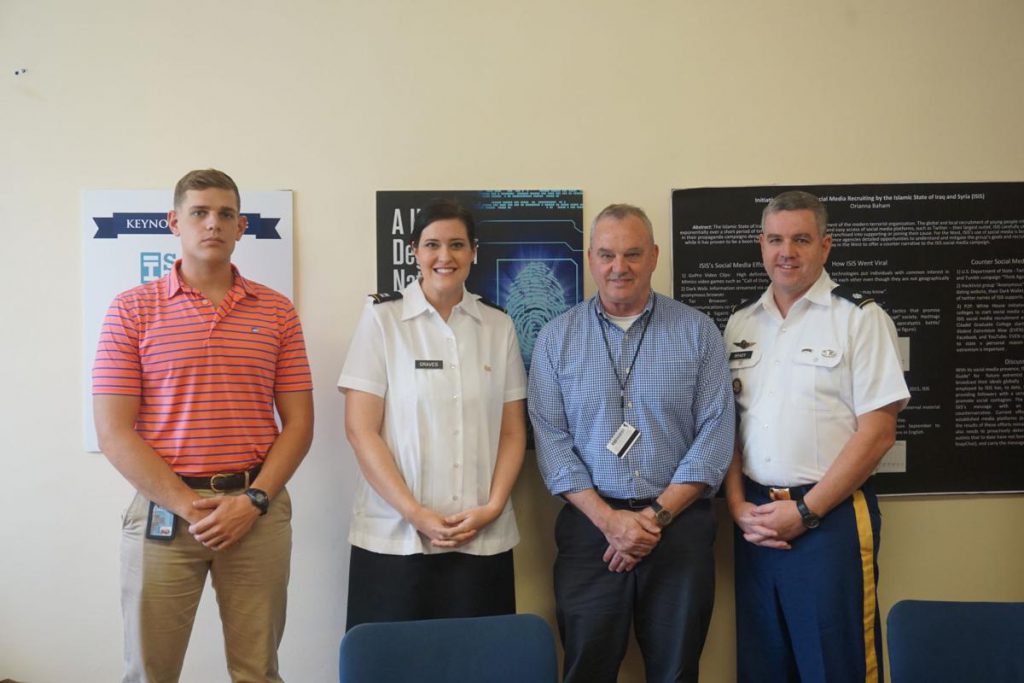 As seen in The Post & Courier, by Paul Bowers

For students who want to pursue The Citadel’s new Bachelor of Arts in Intelligence and Security Studies, there is at least one prerequisite.

“Insatiable curiosity. If you don’t have that, you will not be a successful intelligence officer,” said Lt. Col. Mike Brady, a professor in the department.

Undergraduate students in the new Department of Intelligence and Security Studies will be required to learn the basics of cybersecurity, along with coursework that deals with psychology, data analysis and effective writing. They can choose from one of five concentration areas: Military Intelligence, Chinese Area Studies, Counterterrorism, Business Intelligence and General Intelligence.

“I don’t know if it redefines the institution. I mean, some of those core principles of the school are going to be there,” said Brady, a 1990 Citadel graduate. “We want to create disciplined and principled leaders; that’s the mission of the school. But as we look at intelligence and security studies, we certainly have to adapt to the world around us.”

The bachelor’s program began quietly this fall, with little advertising after state authorities approved it in June. It already has 58 students, and some upperclassmen have expressed an interest in changing their major and entering the track.

Other faculty members include Program Director Carl Jensen, a 22-year FBI veteran who worked as a forensic examiner and field agent, and Melissa Graves, an academic whose research has focused on how intelligence leaders interacted with U.S. presidents.

“The temptation might be to tell a policymaker what they want to hear or to let your own political viewpoints skew how you consider the information coming in,” Graves said. “Those are things that we try to overcome and find tactics for dealing with.”

Virginia native Brian Allen, a 23-year-old Marine Corps Reserve member, is among the first freshmen in the program. He said he initially planned to get a degree in business but the Intelligence and Security Studies program caught his eye.

“There’s a lot of good knowledge that I’m learning in classes that also carries over to what I do in the Marine Corps still, so it gives me something to offer there,” Allen said. In the Intro to Intel class it seems like every day ethics comes up, and there’s at least a 15-minute discussion on that.”