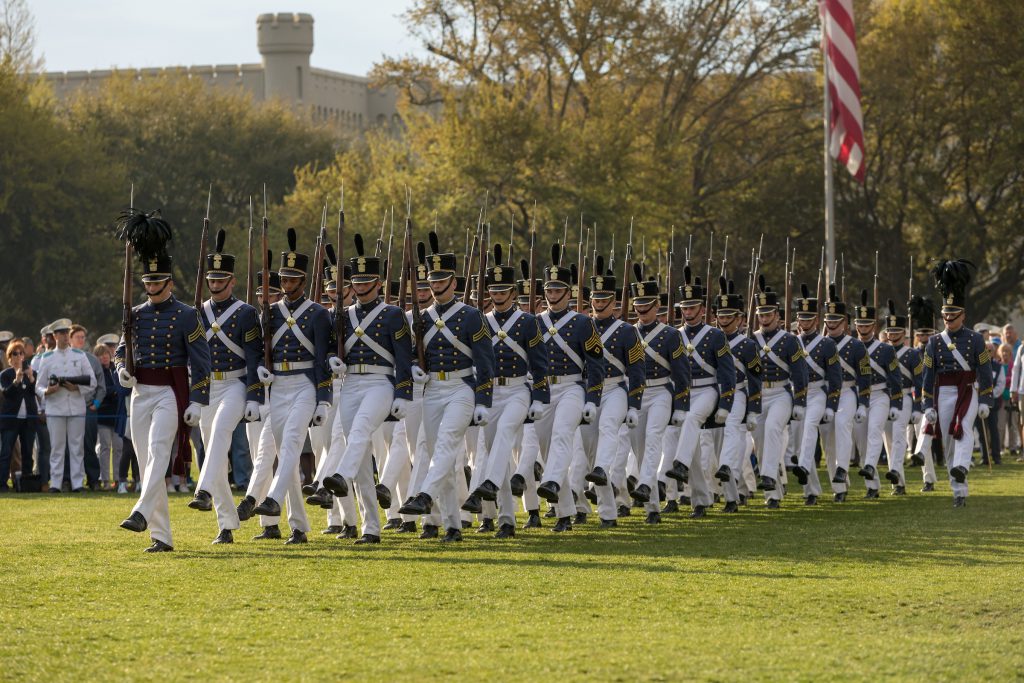 The Citadel Class of 2019 Summerall Guards are now in position to begin their mission. The 61 rising-senior cadets held their first performance after the rifle exchange ceremony with the 2018 guards on March 24.

The platoon’s purpose is to exemplify the exactness and thoroughness of a Citadel cadet’s training through a unique series of movements based on old, close order Prussian drills. The maneuvers have never been written down, are passed from class to class, and are performed to a silent count.

In 2019 the guards will be commanded by Cadet Clayton Kuhn.

“I am honored and humbled to be chosen to lead an organization whose members uphold themselves to high standards within The South Carolina Corps of Cadets. It is our mission to The Citadel to reflect its core values of Honor, Duty, and Respect,” said Kuhn.

In 2017, the Summerall Guards made their fifth appearance at a presidential inaugural parade. The guards also participated in the inaugurations of Dwight D. Eisenhower in 1953, Ronald Reagan in 1985, George H.W. Bush in 1989, and George W. Bush in 2005. The unit performs annually in New Orleans in multiple Mardi Gras parades. Other examples of performances include appearing multiple times at Disney World, the Cherry Blossom Festival in Washington, D.C., and St. Patrick’s Day parades in Charleston, and Savannah, Georgia.

The platoon is named for Gen. Charles P. Summerall, former Chief of Staff of the U.S. Army and Citadel president from 1931 until 1953.