Governor to present Order of the Palmetto award to Citadel President 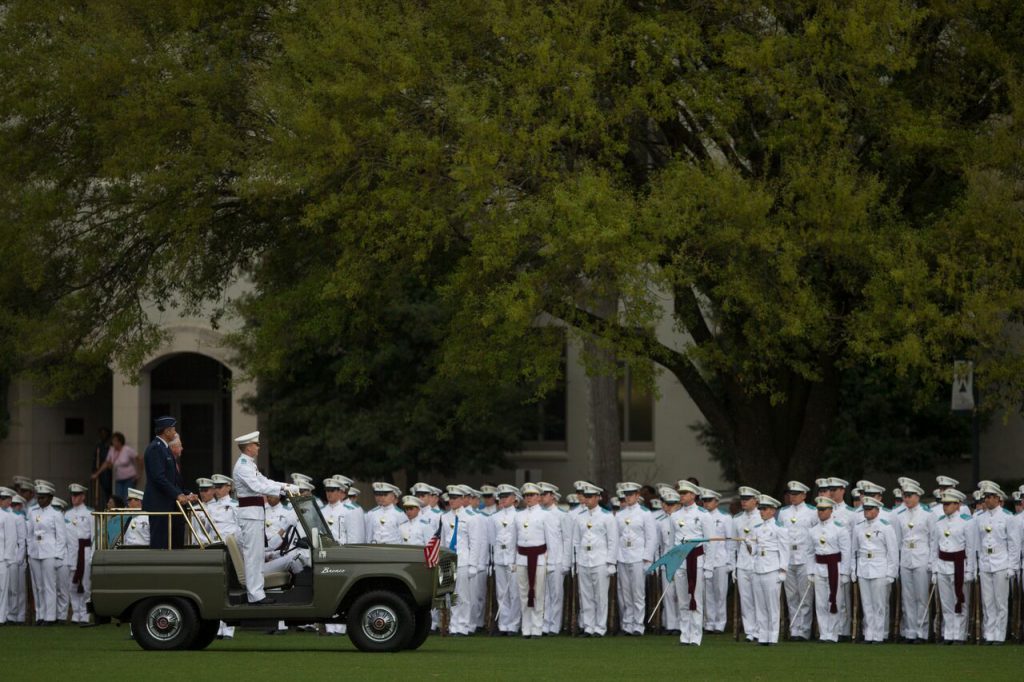 “In grateful recognition of contributions and friendship to the State of South Carolina and her people, I do hereby confer upon Lt. General John Rosa the Order of the Palmetto with all the rights and privileges appertaining thereto. In witness whereof, I have hereunto signed my name and affixed the seal of the Office of the Governor of the State of South Carolina at the Capitol in the City of Columbia, this twenty-fourth day of March in the year of our Lord two thousand and eighteen.” –Henry McMaster, Governor 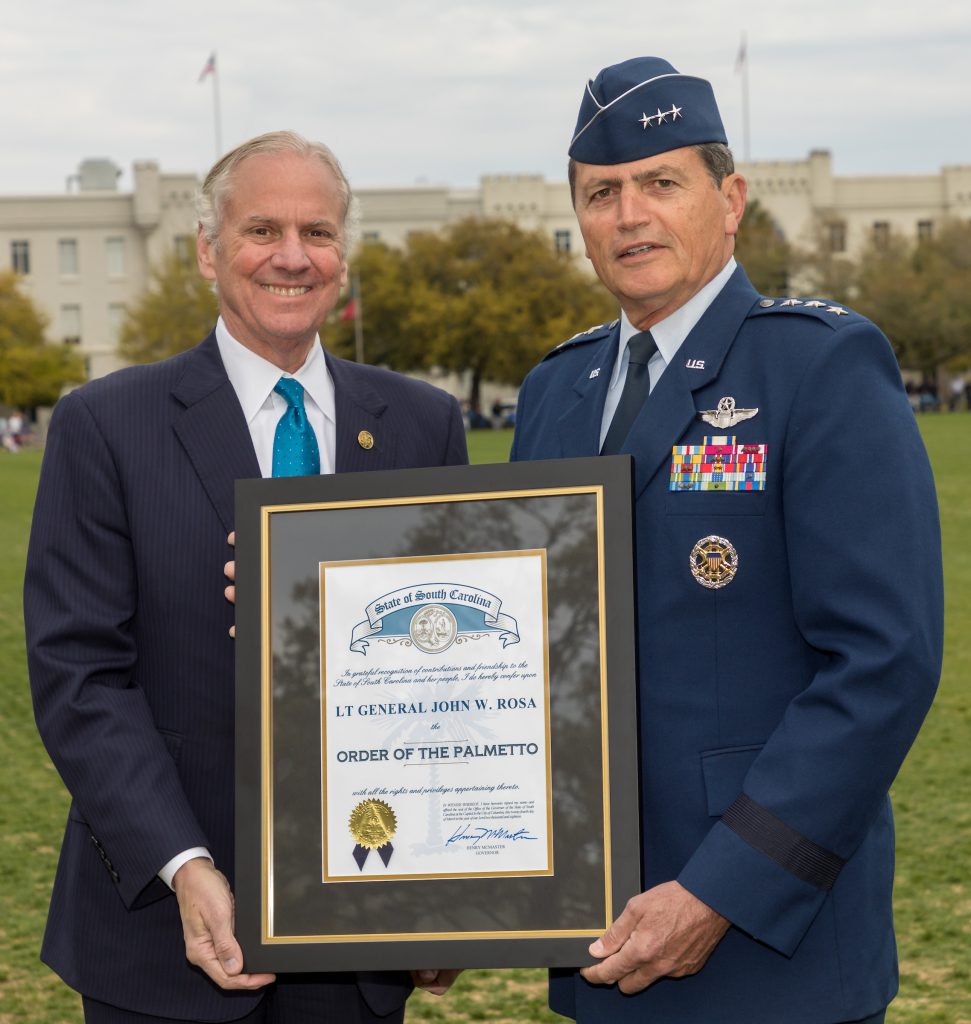 South Carolina Governor Henry McMaster will present Citadel President Lt. Gen. John W. Rosa, USAF (Ret.)  with the state’s highest civilian honor, The Order of the Palmetto, at 10 a.m. on Saturday, March 24. The Governor, Rosa and Citadel Board of Visitors Chair Col. Fred L. Price, Jr.will take review of The South Carolina Corps of Cadets dress parade on Summerall Field, after which the Governor is expected to present the award.

Rosa will be retiring from his 12-year tenure as president of The Citadel on June 1. The Citadel Board of Visitors nominated him for the award. A synopsis of the nomination letter sent to the Governor by Price reads:

Lt. Gen. Rosa put forth a bold plan that inspired donor generosity and new programs that would position the college for increased national prominence. The result of this ambitious effort has become evident by numerous metrics. For the past seven consecutive years, U.S. News & World Report has named The Citadel the number one public college in the South for institutions offering up to a master’s degree, and Money Magazine voted The Citadel the number one best value in the South for its 2015-2016 rankings.  The Citadel has consistently had one of the highest four-year graduation rates of all South Carolina colleges during his tenure.

Under Lt. Gen. Rosa’s strategic plan, leader development training has evolved into a curriculum that is overseen by the Krause Center for Leadership and Ethics. The Krause Center hosts Leadership Day, a day devoted entirely to service learning and ethics training. At the 10th Annual Leadership Day, cadets and graduate and evening undergraduate students contributed more than 12,000 volunteer hours in the community in a single day, resulting in an estimated economic impact of more than $115,000, benefiting Lowcountry schools and nonprofit organizations. For its deep commitment to community service and civic engagement, The Citadel was recognized as one of the most civic-minded colleges in America with Carnegie Foundation’s Community Engagement Classification. Only about 2 percent of colleges in the nation have earned this distinction.

A lifetime achievement award, the state’s governors can present The Order of the Palmetto to citizens deserving recognition for extraordinary lifetime service and achievements of national or statewide significance. Recipients have included Gen. William Childs Westmoreland, Stevie Wonder, Andrew Wyeth, Frederick Zeigler and Anita Zucker. A partial list is located in the digital collection of the South Carolina State Library.

The Corps Day Jeep Review Parade, celebrating The Citadel’s 175th anniversary, is open to the public and is one of a series of events taking place during the anniversary week. Highlights of the public events happening Saturday include: