Final five teams getting ready to compete for $10,000 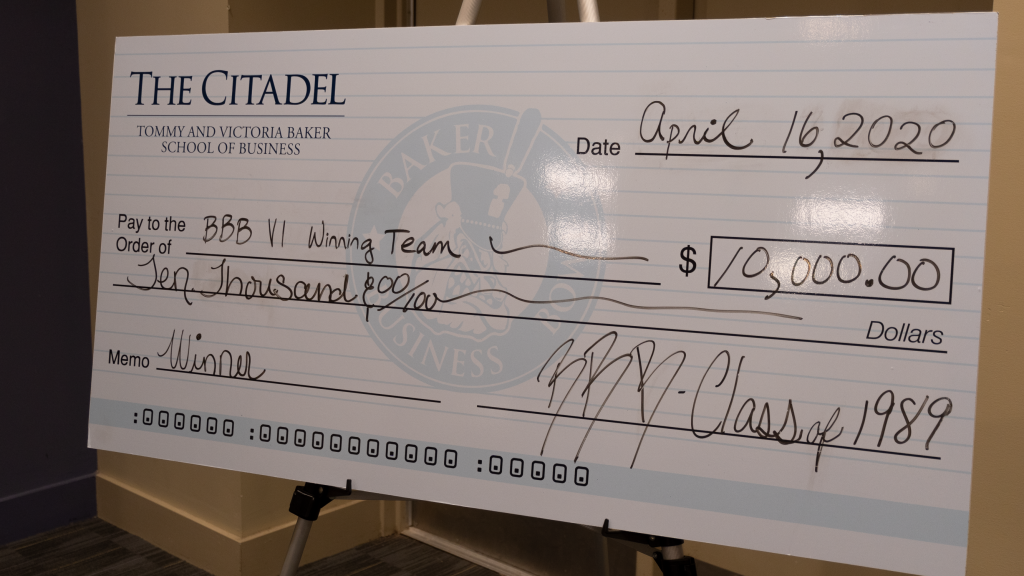 It started out with 10 teams of would-be entrepreneurs, but now there are only five teams left standing.

In early December, each of the 10 teams were given five minutes to present their business ideas to a panel of business experts. After the teams pitched their ideas, the judges were given ten minutes to ask questions.

The Baker Business Bowl is a program aimed at helping budding entrepreneurs who have an idea for a new product or service, and the desire to turn that idea into a business. The competition is open to cadets, evening undergraduate students, and graduate students.

Contestants participate in teams and compete in three rounds. The final five teams are given the opportunity to attend a series of educational workshops on how to develop their full business plan.

The teams that will compete in the final round of the Baker Business Bowl are:

A mobile phone application that serves as a navigation tool for the drivers of tractor trailers or other vehicles restricted from certain roads.

A machine that cleans and repurposes used water filters so that they can be reused.

An automated, robotic system that replaces the construction workers who hold “Stop” and “Slow” signs during roadwork.

A drone-like robot that allows bridge inspectors to do their jobs without affecting traffic.

The winning team will be awarded $10,000 to help them start their business, while the second-place team will receive $5,000. The prize money is made possible by The Citadel Class of 1989.