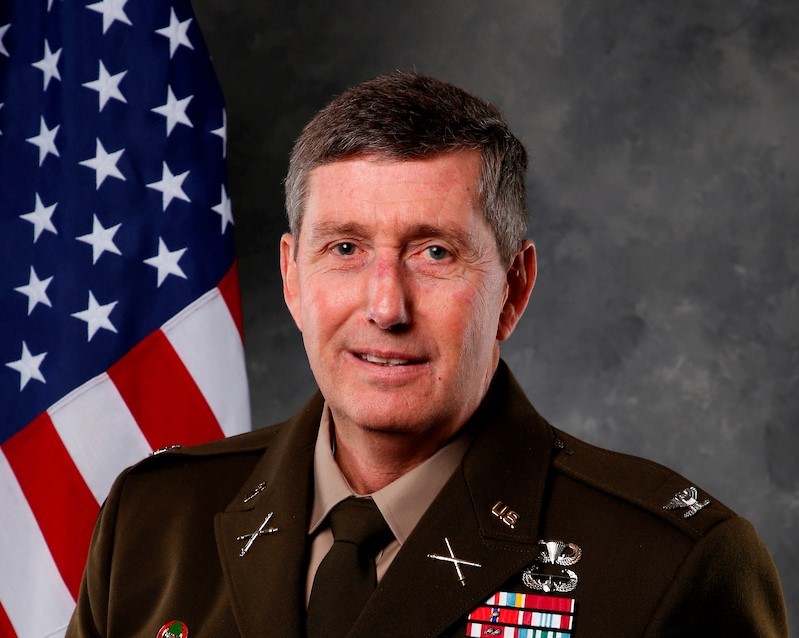 Crawford, a member of The Citadel Class of 1983, reports directly to The Citadel President Gen. Glenn Walters, USMC (Ret)., ’79, and is responsible for the oversight and direction of the day-to-day operations of the college.

In addition to his duties as senior vice president for operations and administration, Crawford will continue serving the college as director of government affairs, the position he held previously. Crawford will also continue to lead The Citadel’s Crisis Action Team. He served as the head of the college’s Army ROTC Palmetto Battalion detachment earlier in his career.

“Col. Cardon Crawford’s proven abilities as a military commander and strategist, combined with his deep understanding of the college’s culture and mission, make him ideally suited to oversee the daily operations of The Citadel,” said Walters.

Before joining his alma matter in leadership roles in 2007, Crawford served as an officer in the U.S. Army for 24 years. He was deployed during Operations Desert Shield, Desert Storm and Enduring Freedom, where he served as the joint director of operations for the Afghanistan theater of operations.

Crawford is joined by Lori Hedstrom who serves as his executive assistant, in addition to maintaining her administrative role with The Citadel Board of Visitors. Hedstrom has worked at the college since 2013, initially serving as director of executive events then as special assistant to the president for board matters.

Lind, a member of The Citadel Class of 1991, previously served as director of executive operations and will continue to fulfill those responsibilities. He now oversees internal campus operations including the Institutional Planning Council, Office of Institutional Compliance and Department of Public Safety, working closely with related stakeholders across campus.

Lind served in the Navy from 1993 to 2011 as an F-14 Tomcat Fighter flight officer, a flight instructor and a Carrier Air Wing strike operations officer, eventually becoming the operational test coordinator for the F/A-18AD Hornet and F/A-18E-F Super Hornet.

Philipkosky, ’82, retires from the college

Col. Thomas G. Philipkosky, USAF (Ret.), who is a 1982 graduate of The Citadel, retired from the position of senior vice president for operations and administration at the college in December.

“The Citadel is grateful for the years of service Col. Philipkosky provided as a key member of the college’s administration,” said Walters. “We wish him the very best in his retirement.”