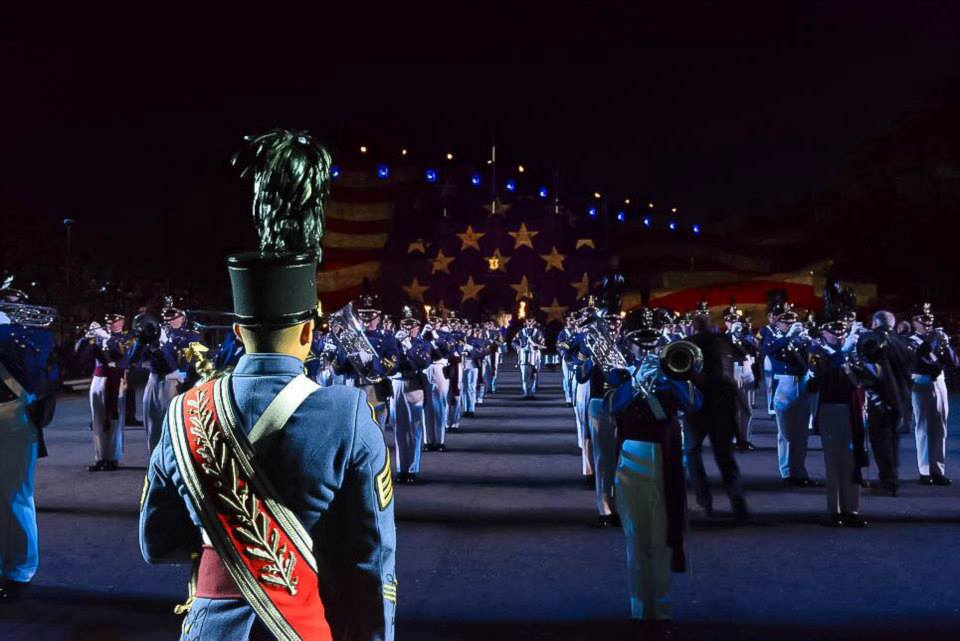 The Citadel Regimental Band and Pipes will proudly represent the United States as the country’s designated military band performing at The Royal Edinburgh Military Tattoo in Scotland in 2020. The band will represent America for the fourth time and remains the only U.S. military college band to have received the coveted invitation to perform on behalf of the nation in the world’s most famous military music festival.

The invitation, received from Brigadier David Alfrey, chief executive and producer of the Tattoo said:

It would be an honour to welcome the Citadel cadets back to the Tattoo. The Band performed with us to huge plaudits and it would be wonderful to present their talents to the Tattoo audience once more.

“The Citadel resoundingly accepts the invitation to once again represent our great nation at The Royal Edinburgh Military Tattoo. We earnestly express our gratitude to this distinguished organization for the consideration it has shown to The Citadel Regimental Band and Pipes on this occasion – and in years past,” said Gen. Glenn M. Walters, USMC (Ret.), president of The Citadel. “Our cadets are honored and humbled by the opportunity to participate alongside the accomplished military bands and performers from around the world on the venerable Edinburgh Castle Esplanade in 2020.”

The Citadel’s band will perform on the esplanade of the medieval Edinburgh Castle Aug. 7 – 29, 2020, as part of the month-long festival of music and pageantry featuring military organizations from around the world.

The Royal Edinburgh Military Tattoo, which celebrates its 70th anniversary in 2020, it is the largest production of its kind, broadcast to more than 30 countries. The college’s participation as America’s band puts Charleston and South Carolina in the spotlight, with an estimated 100 million viewers annually according to the show’s producers.

The Citadel made international headlines performing there as America’s Band 2015, 2010, and 1991. Additionally, the band was invited to perform in the Royal Nova Scotia International Tattoo in 2013.

Read more about America’s Band 2020 and how to support the effort here.

Read coverage by USA Today about The Citadel as America’s Band 2015 here and here.