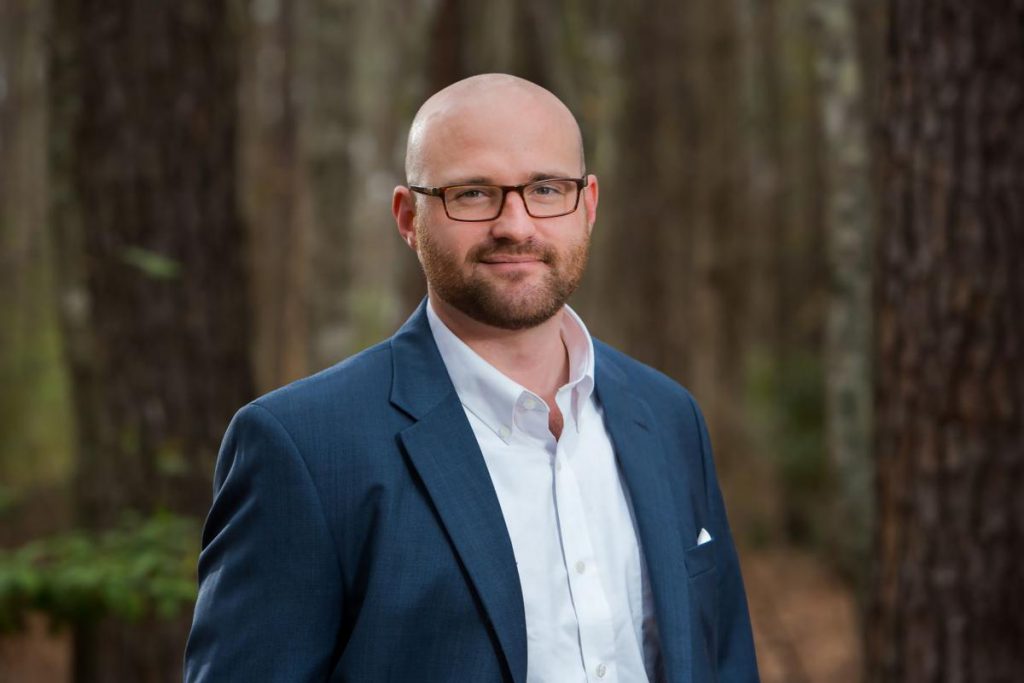 Note: Raleigh West graduated from The Citadel Graduate College with a Master of Business Administration degree in 2008.

As seen in the Berkeley Independent, by Jenna-Ley Harrison

Raleigh West has always had a soft spot for the outdoors and the Lowcountry.

Ensuring future generations could have the same opportunities and memories that filled his childhood—hunting, fishing and spending time in nature, undefiled by development—were key motivators behind his decision to leave a career in real estate years ago and join forces with a conservation-minded nonprofit.

West served as executive director of Lord Berkeley Conservation Trust from 2013 to 2019, until accepting his recent appointment as director of the the South Carolina Conservation Bank. His new head role became official on May 9 when he was confirmed by the Senate.

West’s love for green space, wildlife and waterways began in his hometown of Moncks Corner. Growing up, he often visited the region’s numerous plantations and spent many days bonding with his dad while casting a line in the Cooper River.

After graduating from Pinewood Preparatory School in Summerville, West attended Wofford College, where he secured his undergraduate degree and later obtained his MBA from The Citadel. It was around that time West said his interest in conservation—planted in his heart as a boy—blossomed into something more. His natural environment called out to him to take action.

“Seeing a lot of these places that I grew up on…I wanted to do something about it,” West said. “It just really spoke to me.”

In 2005 he joined the Trust for Public Land, an independent nonprofit, and worked with the organization four years. At the time, his efforts focused on state projects in Beaufort County, among others; in particular, he worked the Morris Island land deal.

“It’s a really nice piece of property so (we) coordinated the transaction to get it into the City of Charleston’s hands,” West said.

Then the recession struck in 2009, and conservation funding dried up. At the time, the Conservation Bank received funding from real estate fees. However, the Legislature nixed that money source in 2017 after an audit of the agency and the resignation of its executive director, according to the Post and Courier.

“Conservation is often tied to the real estate market,” West said. “So if you get that going, there’s more funding (for conservation). It seems like it goes hand-in-hand.”

In response to the recession, West again opted for another career change and returned to school—law school, in fact, at the University of South Carolina. Out of school he joined a local law firm but soon missed his conservation days.

In 2013, West returned to preservation work, taking over the head role with Lord Berkeley. During his time there, his conservation efforts centered on saving the lands associated with the four river corridors most impactful to the community. They included Four Hole Swamp, the Cooper and Santee rivers and the Ashley River headwaters.

In his six years with Lord Berkeley, West oversaw the completion of roughly 20 projects—the organization increasing its total acreage of protected land from 18,000 to 42,000, he said. To compare, the entire Charleston peninsula is about 40,000 acres.

West also dispelled some myths about conservation—that it’s simply about saving trees and stopping development; he said its reach spans multiple arenas and even contains a sort of “spiritual component.” West touted quality of life—having places to still enjoy clean water and air—as another vital benefit of conservation.

“There’s something to be said about having proximity to generally unspoiled landscapes, where you can go pop on a boat and go up a river, and it be clean,” he said.

“People want to come to places that are nice for living—that’s one of the reasons for attracting industry,” West said. “Those plants can’t operate if water quality is an issue; in a way, conservation is setting the conditions for factories to operate within the federal and state environmental regulations. …Clean water is a big, big deal in the years to come.”

West additionally praised conservation for saving dollars—pointing out that infrastructure is a much costlier option.

“We’ll spend $100 million to build new roads when if you conserved it, it would cost a lot less,” West said.

He explained that the S.C. Conservation Bank is most interested in themes like public access to resources, river corridors, water quality and cultural sites—especially sites tied to the Revolutionary War. Since its establishment in 2002, the Conservation Bank has funded the protection of more than 300,000 acres across the state.

West said the Conservation Bank not only looks to protect wetlands and natural resource lands but also historical properties, archaeological sites and urban parks. West will specifically help the agency determine which projects statewide should receive the agency’s funding.

“The bank is doing a map of its priority focus areas, and that’ll be the blueprint for where we prioritize grants,” West said. “The bank doesn’t actually develop its own projects; it just funds projects from other entities like DNR, local governments or small independent land trusts like Lord Berkeley.”

In summary, West explained that without the conscious effort to keep land and waterways from transforming into sites crowded with residential, commercial and industrial sites, people tend to lose their “sense of place.” He spoke from experience and his years of watching change occur across tri-county land—locals’ favorite spots for fishing, picking strawberries and wandering in nature, among other “things…you thought would always be here,” quickly disappearing.

In the next few weeks, West said he’s planning to transition his life in North Charleston to Columbia, where his family will also soon make a permanent move. 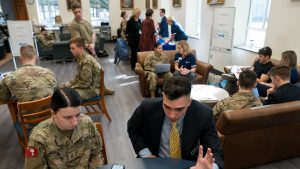 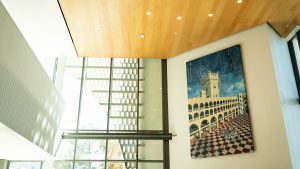