Now headquartered at The Citadel: “International Journal of Intelligence and Counterintelligence” 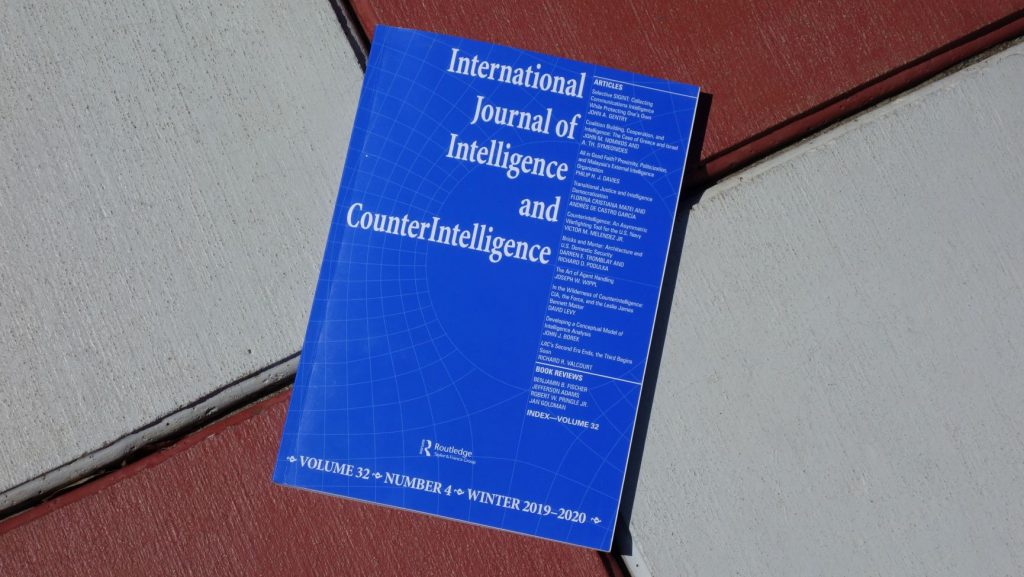 He has more than 25 years experience working in the U.S. intelligence community.

He taught at the National Intelligence University, CIA University, and the FBI Academy at Quanticio, Virginia and is an internationally recognized expert on ethics and intelligence operations.

“The International Journal of Intelligence and Counterintelligence, which started in the early 1980s, is one of the oldest academic journals focusing on intelligence and national security. It is now headquartered at The Citadel, with me,” said Goldman, who is the editor-in-chief of the prestigious journal. “A majority of the country’s intelligence professionals and scholars read the Journal. It is in almost every academic and government institution that focuses on intelligence.”

Goldman said the Journal serves “as a forum for the exchange of ideas on intelligence issues and challenges encountered by both government and business institutions and policy.”

The journal publishes four issues annually with peer-reviewed contributions from intelligence leaders around the world. Goldman plans to involve many of The Citadel’s cadets and students in putting the journal together. “This will help them get some real-world experience with journalism and intelligence,” he said.

Intelligence and Security Studies is one of the fastest growing programs at The Citadel with about 350 cadets and undergraduate students.

“Jan Goldman is an excellent addition to The Citadel’s growing intelligence and security studies program,” said Carl Jensen, Ph.D., head of the Department of Intelligence and Security Studies. “His expertise in the realm of ethics will be a strong contribution in the development of principled intelligence leaders for the future needs of our nation.”

Testing the limits of intelligence collection

Goldman, in conjunction with the Journal and the Department of Intelligence and Security Studies, is leading a two-day, interdisciplinary conference that will be held at The Citadel Feb. 11-12, 2020. The symposium is titled “Legally Immoral Activity: Testing the Limits of Intelligence Collection.”

The conference will address questions like: Are there limits to intelligence collection in support of national security? Where, if at all, does a free and open society provide the limits of surveillance with civil liberties And civil liberties are a founding tenet of democracy, but at what cost?

The deadline to submit paper presentations, workshops, interactive sessions, posters or exhibits is October 15. Inquires and submissions should be sent to jgoldma1@citadel.edu.

The Citadel offers numerous graduate and undergraduate intelligence and security studies programs, and cyber security programs with supporting resources that include: