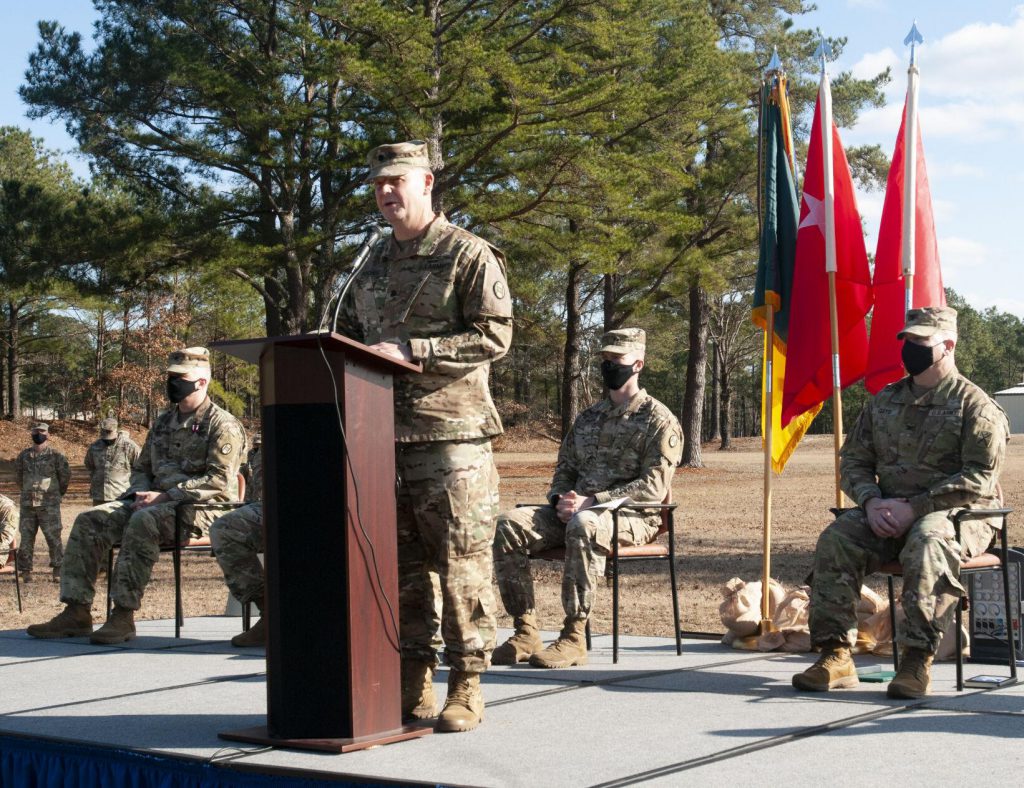 A College Park Middle teacher has climbed the ranks to now lead an infantry battalion in the National Guard in the upstate.

Bulwinkle relinquished his command to Pitcher after nearly five-year post as commander.

Pitcher is a seventh and eighth-grade science teacher at College Park Middle. This is his first year at the school. He has served in the National Guard for 25 years.

Pitcher said this milestone achievement is “huge” and something he has been working toward during his career with the National Guard.

The Change of Command went into effect this month.

According to his bio, Pitcher is a graduate of the College of Charleston with a Bachelor of Science in Biology and holds a Master’s Degree in Educational Leadership from the Citadel College of Graduate Studies. Pitcher has served as a teacher and school administrator for more than 29 years in the Berkeley County School District and Dorchester School District Two; he retired as Oakbrook Middle’s principal last year and desired to head back to the classroom, and came to College Park Middle.

Pitcher lives in Summerville with his wife, Susan, and their daughters, Brettan, and Graycen, and son, Colton.