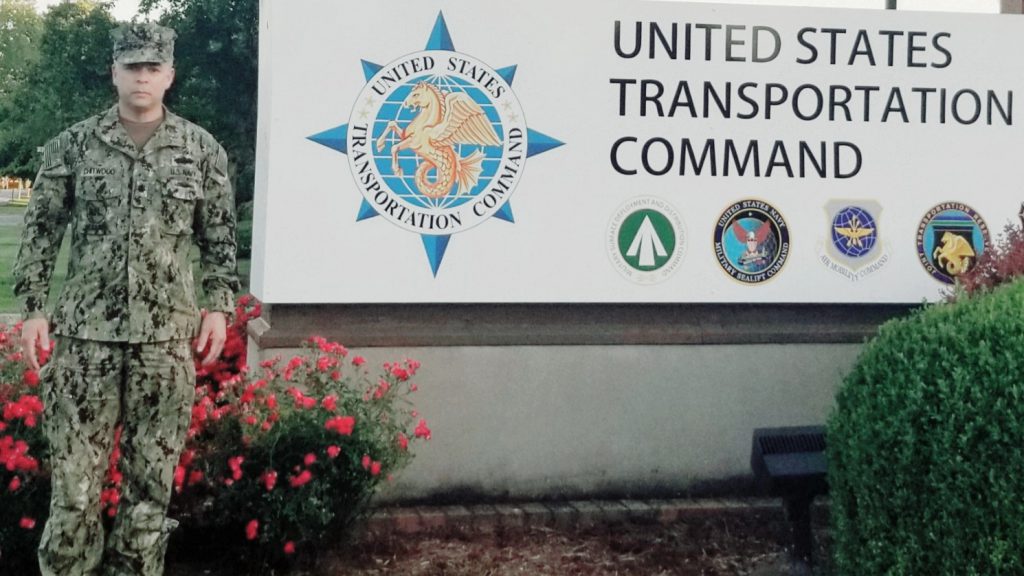 Note: CDR Eric Chitwood earned a Master of Science in Leadership from The Citadel in 2018

Because of his special skills and experience, Chitwood was hand-selected from the Joint Transportation Reserve Unit (JTRU) for this mission. He is one of approximately 40 JTRU members who will augment their active duty counterparts inside USTRANSCOM’s 24/7 Global Operations Center. Chitwood has a total of 16 years of uniformed service.

“Our nation’s response effort requires a true whole-government approach, and USTRANSCOM’s role is to coordinate and oversee the operations and transport of personnel, critical supplies and protective gear worldwide,” said U.S. Air Force Brig. Gen. Kenneth Council, commander of the JTRU. “Without our reservists like Cmdr. Chitwood, we would not be able to accomplish our mission.”

The JTRU augments USTRANSCOM as a warfighting combatant command to project and sustain military power at a time and place of the nation’s choosing. Powered by dedicated men and women, USTRANSCOM underwrites the lethality of the Joint Force, advances American interests around the globe, and provides the nation’s leaders with strategic flexibility to select from multiple options, while creating multiple dilemmas for our adversaries.