Citadel Board of Visitors announces selection of college’s 20th president 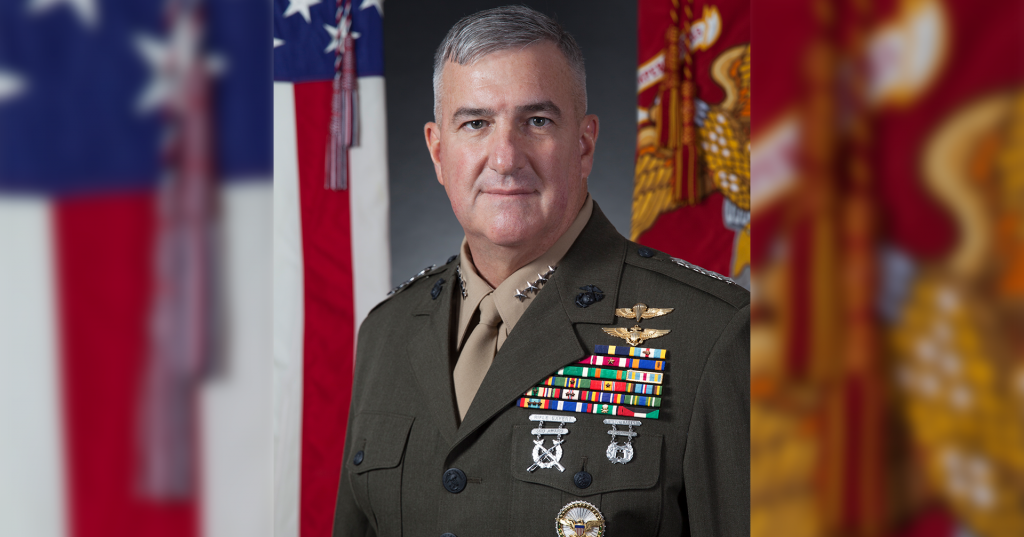 The Citadel’s 20th president will be Gen. Glenn M. Walters, USMC, who is currently serving as the 34th Assistant Commandant of the United States Marine Corps, the Corps’ second highest ranking officer. The Citadel Board of Visitors apprised the campus community of their selection April 12.

Walters, a Citadel alumnus and a career aviator, was one of four highly decorated military leaders who were finalists for president. As the Marine Corps assistant commandant, he oversees a budget of more than $42 billion and approximately 184,000 active duty, and 38,000 reserve Marines.

“I’m delighted with our selection of Gen. Glenn Walters as 20th President of The Citadel,” said Col. Fred L. Price, chairman, The Citadel Board of Visitors. “His extraordinary 39-year career serving our country as a principled leader, aviator, and Marine Corps officer prepared him perfectly to serve his alma mater as successor to John Rosa. Gen. Walters’ experience devising high-level strategy, securing and allocating resources, and developing relationships with stakeholders made him the ideal choice.”

Walters’ current duties include representing the Marine Corps at the Department of Defense and leading decisions about defense policy and resourcing in alignment with National Defense Strategy. His positions have included serving as Deputy Commandant for Programs and Resources; Commanding General of the 2nd Marine Aircraft Wing; Commander of the 2nd Marine Aircraft Wing (Forward) in Helmand Province, Afghanistan; and Deputy Director of the Joint Staff J-8.

“It is an honor and a thrill to be asked to lead one of America’s great institutions of higher education as the 20th President of The Citadel,” said Walters. “I have always been impressed with the passion and commitment of my alma mater’s alumni, faculty, staff, cadets, students, and friends who have been so generous with their support. Gail and I look forward to returning to Charleston and continuing the superb work that John and Donna Rosa have done to advance our beloved institution. I feel like I’m coming home.”

In 1979, upon graduating from The Citadel with a Bachelor of Science in Electrical Engineering, Walters was commissioned as a second lieutenant in the Marine Corps. After initially serving as an infantry officer, he attended flight training in Pensacola, Florida, and was designated a naval aviator in 1981. Walters trained and served as a test pilot, and also deployed overseas on numerous occasions in the Pacific and Central Command theaters, including Korea, Iraq and Afghanistan. Walters deployed in support of Operation Earnest Will, the U.S. military’s mission to protect Kuwaiti tankers from Iranian attacks, and served on land and at sea in the Asia-Pacific region.

The president of The Citadel, Lt. Gen. John W. Rosa, USAF (Ret.) will retire June 30. He announced his retirement in June of 2017, after serving as president since 2006. Walters must retire from active duty to assume the role of president. In accordance with The Citadel’s presidential succession plan, an interim president will be named at the April Board meeting.

Watch a Marine Corps produced interview with then Maj. Gen. Glenn Walters from 2012 during his time as commanding general of the 2nd Marine Aircraft Wing at Camp Leatherneck, Afghanistan here, and a Memorial Day speech made by Walters in 2017 at Belleau Wood in France here.