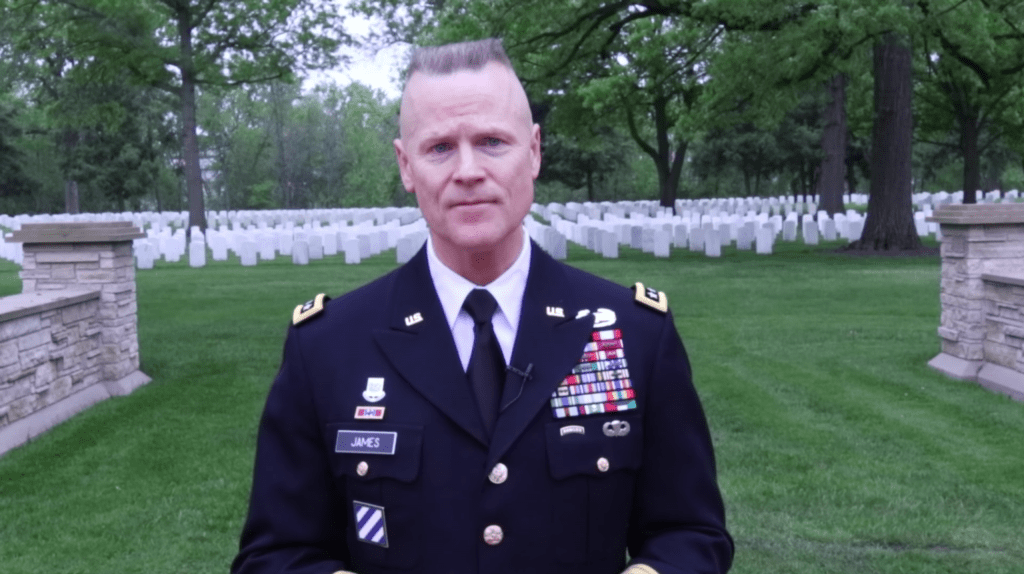 Note: Lt. Gen. Thomas James Jr. is a member of The Citadel Class of 1985 and the commander of First Army. First Army is the oldest and longest established field army of the branch.

From the First United States Army

First Army remembers Memorial Day by highlighting a World War II-era Soldier from the Quad Cities who was killed in action during the last days of the war. It is narrated by First Army’s Commanding General, Lt. Gen. Thomas James Jr., and filmed in the Rock Island Cemetery located on Rock Island, Illinois.