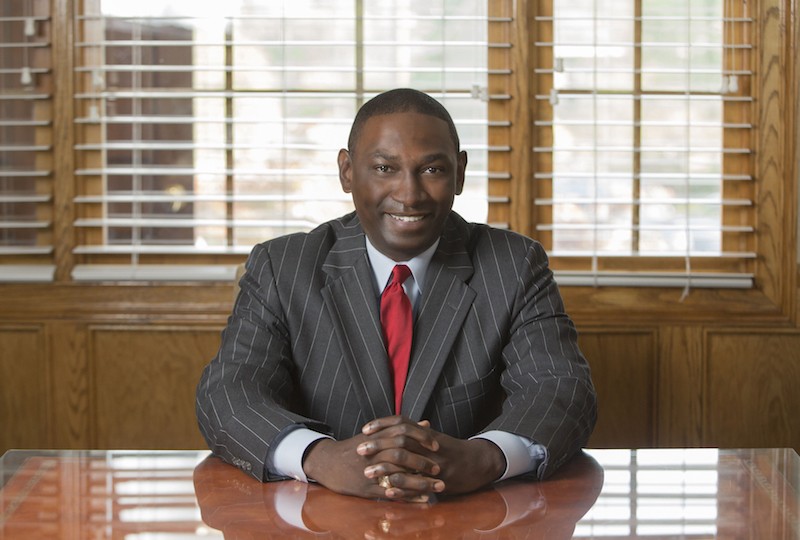 Myers was commissioned as an Infantry Officer out of The Citadel. He became a Judge Advocate General upon successful passage of the South Carolina Bar. As a judge, he serves many roles in the military, including presiding over trials, interpreting military law, assessing the presentation of presenting evidence and controlling hearings and trials in the courtroom.

“To hold this role for the military is a dream come true and something I have been working for since becoming a JAG Officer,” Myers said. “I had no idea about being the first African-American judge. I learned after graduating that someone posted it online. You cannot have many until you have the first, and I take a great deal of pride in being a leader in this arena.”

Being first is nothing new to Myers. A 1998 graduate of The Citadel, Myers set several records as a four-year starting quarterback for the Bulldogs football team. In addition, he is the Regional Defense Counsel and supervises young Judge Advocate Generals (JAGs) in South Carolina, North Carolina, West Virginia, Delaware, and Virginia. He deployed as a Captain to Afghanistan from 2007-08 with the 218th Infantry Brigade to support Operation Enduring Freedom.

Myers, a Swansea, South Carolina native, began practicing law with MBM after he graduated from the David A. Clarke School of Law in Washington, D.C., in 2004. His focus areas include criminal defense, personal injury and workers’ compensation.

He has been named a South Carolina Super Lawyer, a Midlands Legal Elite, a member of the American Bar of Trial Attorneys, and licensed to practice in state and federal courts. He is the founder of the Swansea Mentoring Program and a member of The Citadel Board of Visitors. He is married with two children.

About Moore Bradley Myers: Our firm has represented government agencies, businesses large and small, and individuals across South Carolina since 1971. With more than 40 employees working as support staff, paralegals, and attorneys with offices in both Saluda and Columbia, our firm has served as Counsel for generations of families and businesses. Find out more by visiting our website at mbmlawsc.com or following us on Facebook, Instagram and Twitter. 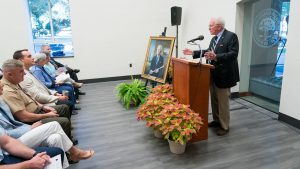