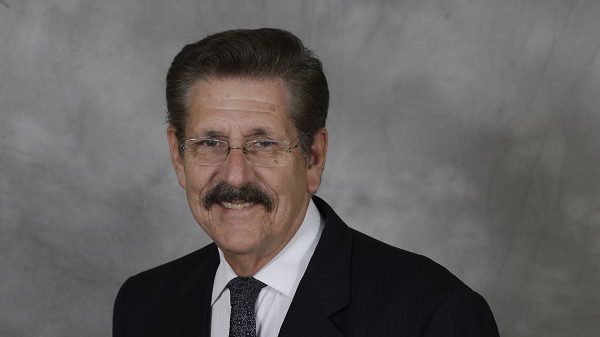 Photo: Richard M. Ebeling, Ph.D., is the BB&T Distinguished Professor of Ethics and Free Enterprise Leadership in the Tommy and Victoria Baker School of Business

As seen in the National Review by Steve H. Hanke and Richard M. Ebeling on July 1, 2020

Thomas Sowell at 90 Is More Relevant Than Ever

Yesterday, Thomas Sowell turned 90. And he is more relevant than ever. Sowell, a frequent contributor to National Review and prodigious scholar, has delivered yet another insightful and accessible book, Charter Schools and Their Enemies. It was released on his birthday — a gift from Sowell to the rest of us.

In his new book, Sowell puts primary sources and facts under the powerful microscope of his analysis. His findings are, as is often the case, inconvenient, not to say explosive, truths. Indeed, Charter Schools and Their Enemies documents how non-white students thrive in charter schools and close the performance gap with their white peers. It’s no surprise, then, that there are long waiting lists to enter charter schools. So why aren’t there more of them? Well, public schools and their teachers’ unions don’t like the competition. This, of course, traps non-white students in inferior public schools.

Just who is Thomas Sowell and why is he a larger-than-life figure in today’s world? Sowell was born on June 30, 1930, in North Carolina. He grew up in New York City’s Harlem neighborhood and served in the Marine Corps during the Korean War. He earned three economics degrees, one from Harvard (1958), one from Columbia (1959), and a Ph.D. from the University of Chicago (1968). After holding down faculty positions at prestigious universities, Sowell settled at Stanford’s Hoover Institution, where he has been for the past 40 years.

As Sowell recounts in his autobiography, A Personal Odyssey (2000), he considered himself a Marxist during most of his student years. Chicago put an end to that infatuation. But Sowell’s study of classical economists included the works of Marx, and in 1985 he published Marxism: Philosophy and Economics. As anyone steeped in Marx knows, all symbols of the capitalist, exploitive past must be uprooted and destroyed before a workers’ paradise can be constructed. It turns out that Marxism is of the moment: Yes, the removal of statues and the changing of street and building names is straight out of Marx’s playbook.

But for those who find Marxism too general and abstract to be relevant for the events of today, we direct you to a treasure trove of books in which Sowell has focused his attention on the problems surrounding race and discrimination both in the United States and around the world. To name just a few of his many works specifically on this theme: Race and Economics (1975), Markets and Minorities (1981), Ethnic America: A History (1981), The Economics and Politics of Race (1983), Preferential Policies (1990), Race and Culture (1995), Migrations and Cultures (1996), Conquests and Cultures (1998), Affirmative Action Around the World (2004), Black Rednecks and White Liberals (2005), Intellectuals and Race (2013), Wealth, Poverty and Politics (2016), and Discrimination and Disparities (2018; rev. ed., 2019).

When analyzing race and discrimination, Sowell relishes going after one of his favorite targets: the intellectual elites, or as he refers to them, “the anointed.” The heart of his message is that men are not born with equal abilities. Contrary to the assertions of the anointed, Sowell argues that “empirically observable skills have always been grossly unequal.” Sowell also argues that not all cultures are equal contributors to world civilization. Indeed, he observes that “differences among racial, national and other groups range from the momentous to the mundane, whether in the United States or in other countries around the world and down through the centuries.” Sowell concludes that the world is culturally complex and filled with variety. We still have little understanding of the causes and consequences of that complexity. But markets tend to harmonize the interests of, or at least minimize the friction between, various peoples and cultures, while politics creates conflict, with advantages for some at the expense of others.

Much of what Sowell has to say about race is contained in his undeniably controversial Black Rednecks and White Liberals, a collection of essays. In the course of a lengthy examination of identity, culture, and its socioeconomic effects, he looks, among other issues, at what he refers to as “black ghetto culture” (something, he stresses more than once, of which “most black Americans” are not a part) and its particular language, customs, behavioral characteristics, and attitudes toward work and leisure. Sowell argues that it has been heavily influenced by earlier white southern “redneck” culture, although, as he is careful to note, this is not a matter of “simple linear extrapolation.” And indeed it is not.

Sowell traces this culture to several generations of Americans mostly descended from immigrants from “the northern borderlands of England . . . as well as from the Scottish highlands and Ulster” who arrived in the southern American colonies in the 18th century. The outstanding features of this redneck or “cracker” culture — as it was called in Great Britain before and during the emigration years — included, Sowell writes, “an aversion to work, proneness to violence, neglect of education, sexual promiscuity, improvidence, drunkenness, lack of entrepreneurship, reckless searches for excitement, lively music and dance, and a style of religious oratory marked by rhetoric, unbridled emotions, and flamboyant imagery.” It also included “touchy pride, vanity, and boastful self-dramatization.” The point to be drawn, he writes, “is that cultural differences led to striking socioeconomic differences among blacks, as they did among whites. In both races, those who lived within the redneck culture lagged far behind those who did not.”

Most of the commercial industriousness and innovation in the South in the late 19th and early 20th centuries, Sowell demonstrates, were introduced by businessmen, merchants, and educators who moved there from the North, and especially New England. The culture of work, savings, personal responsibility, and forethought that flourished in the North left the southern United States lagging far behind — a contrast often remarked on by 19th-century European visitors.

Sowell’s tracing of these past differences brings us back to today. On June 5, the American Economic Association (AEA), the premier professional association for economists since its founding in 1885, issued a statement saying that it was time for officers and governance committees within the association to look into racism and racist practices and presumptions within the profession. To that end, the AEA compiled a recommended reading list on race and discrimination. Sowell is nowhere to be found on it. Neither is the late Gary Becker, former president of the AEA, who won a Nobel prize in 1992 for, among other achievements, his pathbreaking work on the economics of discrimination. This is the blinkered world we live in today.

Steve H. Hanke is a professor of applied economics at the Johns Hopkins University and a senior fellow and director of the Troubled Currencies Project at the Cato Institute. Richard M. Ebeling is the BB&T Distinguished Professor of Ethics and Free Enterprise Leadership at The Citadel. 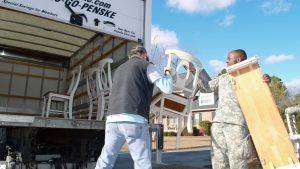 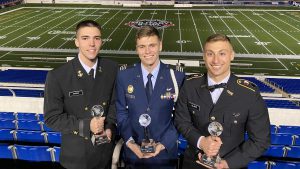 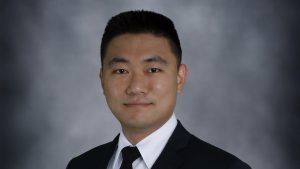