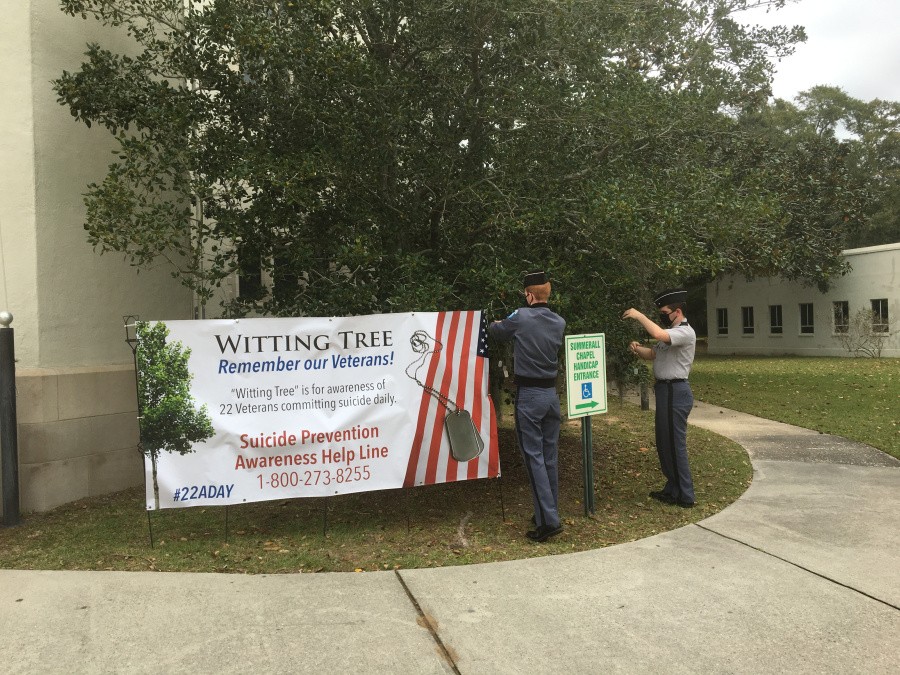 As seen on WCBD-TV by Antonio Stinson

This tradition is called the Witting Tree, which has several dog tags hanging from its branches to represent a veteran that has committed suicide.

“This has helped me to have a better sensitivity as to those conversations so that I may be aware that if they put something out there that I need to follow up on.”

“I think it’s very effective because when you see these tags you understand, truly, the sheer scope of the problem. Each tag represents a person and it’s an issue that is not getting better with time,” said Ashley Towers, President of The Citadel Student Veterans Association.

Towers said she hopes when people see the tree, they’re even more motivated to help veterans in need.

According to Army officials, military suicides have risen 20% during the COVID-19 pandemic.

Towers believes the rise is due to the lack of interaction with other people.

“Loneliness and isolation that’s already a contributing factor to veteran suicide, I think is exacerbated given the current climate and the social distancing.”

After doing some of their own research, some people on campus feel even more informed on the issue of military suicides.

Chaplain Molina hopes just having a simple conversation could end up saving a life.

“I am there for him or her on an unconditional level and…as we engage in that conversation and encourage them in a very direct and user friendly way to seek help and that I will walk with them in seeking that help,” he said.

Click here for resources that can help if you or anyone you know needs some mental health assistance.

Watch the video report on the News2 website below.