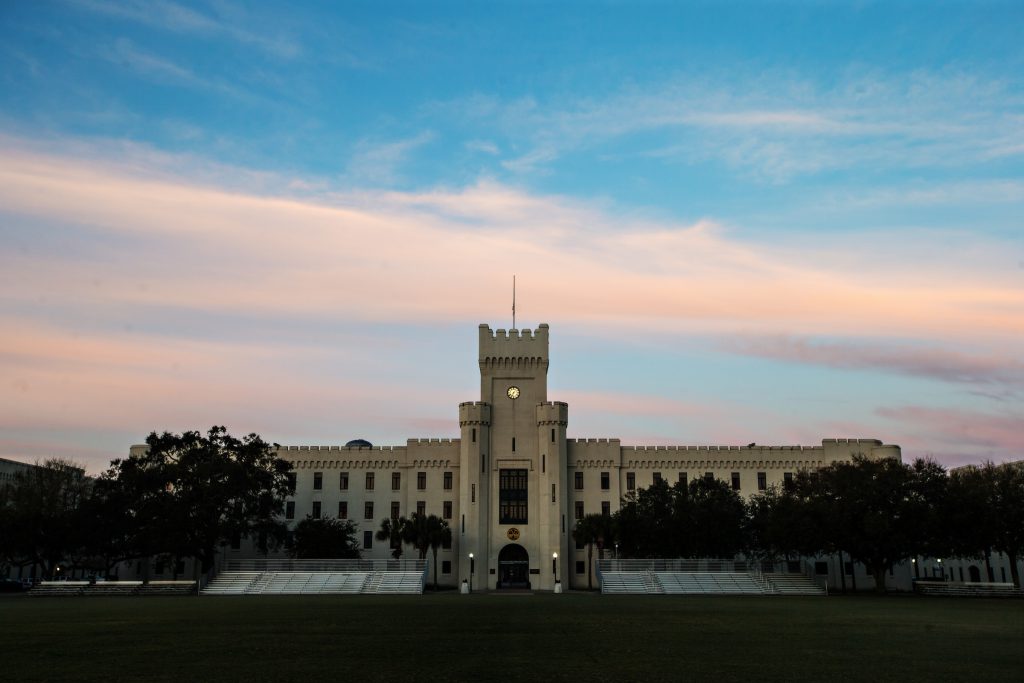 As seen in Charleston Regional Business Journal, by Patrick Hoff

An economic impact analysis released by The Citadel found that the military college generated an estimated $3 million per year in net local government revenue for Charleston County between 2014 and 2016.

The impact was estimated based on the school’s operational spending, including wages and salaries paid to employees, output by outsourced activities such as food service, spending by students in the local economy, and spending by visitors to The Citadel for admissions visits and sporting events.

Jobs were in education, hospitality, retail, health care and transportation.

The analysis was commissioned by Charles Cansler, The Citadel’s vice president of finance, who started in December; it was put together by Robert Carey, director of Clemson University’s Regional Economic Analysis Laboratory.

“As a public institution, a state institution, we’re very cognizant of how we’re partners in the community, and the reason we commission studies like this is to see what the economic impact is that we have and how we’re doing as stewards of public dollars,” Cansler said.

Carey said he didn’t include spending by Citadel students who were originally from the Lowcountry because they likely would’ve spent money in the region even without attending the college. The analysis also didn’t include the economic impact of Citadel alumni who live in South Carolina.

Carey said his analysis of The Citadel is unique because, unlike other schools he’s analyzed, such as Clemson, most students are required to live on campus and their time spent off campus is restricted. Carey said he didn’t have an exact comparison of Citadel students’ spending versus Clemson students’ spending, but he said it was “a good bit smaller.”

“When you spend money on higher education, it’s not like throwing money in a hole,” Carey said. “You actually are generating — in addition to generating the actual education, you’re actually generating economic effects that feed back into your tax revenues.”