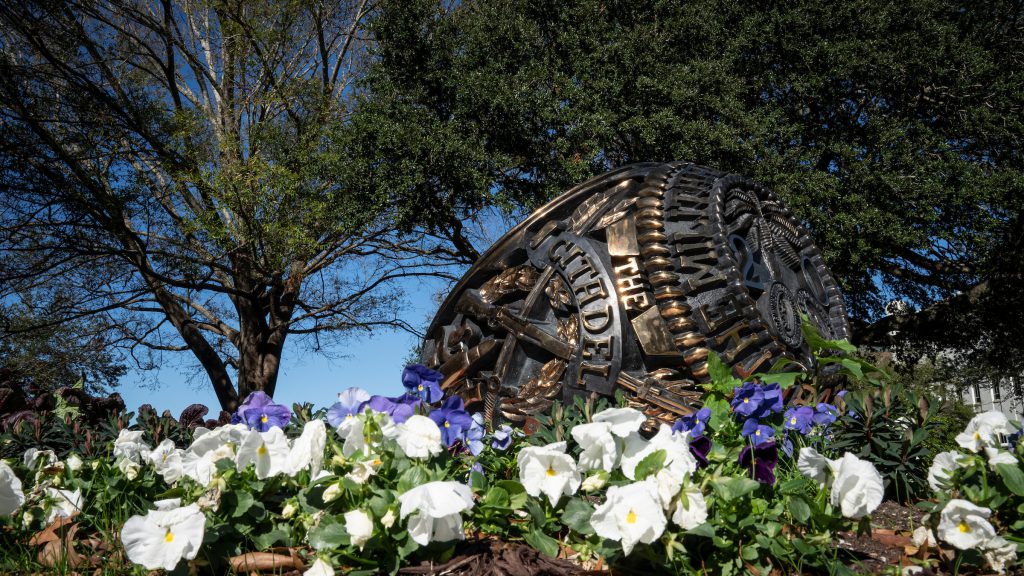 Attending the 177-year-old Military College of South Carolina is a family tradition that, for some, dates back generations. And with that comes a legacy of values and tradition that a pandemic could never change, despite the effect it’s had on commencement activities.

Graduation usually presents a special opportunity for cadets to receive their diplomas on stage from a parent or another close family member who is a Citadel graduate. But the meaning goes beyond simply being handed a diploma.

“My family has a long tradition of attending The Citadel, dating all the way back to 1932,” said Cadet Andrew Benton. “Being the 8th member of my family to graduate from The Citadel has helped me appreciate the institution’s purpose, history, and has made these last four years of my life incredibly special.”

Each legacy graduate was invited to submit photos of themselves, along with their legacy presenter.

“Ever since I was young I always looked at my father’s diploma and his ring with envy,” said Cadet Griffith Gaillard. “I remember wanting those things as a child and wanting to follow in the footsteps of my father. Now I have reached that moment I have always been waiting for. It’s an emotional feeling to share those things with my father and to have that bond that is beyond just being a father and son.”

With a virtual commencement being held this year, this presents an opportunity to recognize both the cadets who earned their degrees and the alumni who helped set them on their path in a new and special way.

“Joining the other members of my family who went before me and the entire Citadel family as a whole means much more to me as a legacy as I was raised coming to football games, open barracks, and most major events on campus,” continued Benton. “Being a legacy gave me a purpose larger than myself and a standard to live up to in order to make my family proud, and I know that the tradition of my family attending The Citadel will not end with me.”

The South Carolina Corps of Cadets Class of 2020 has 58 legacy cadets who invited special presenters to their commencement. The names of both cadets and the alumni, as well as self-submitted photos, are as follows:

“Carrying on not only the Citadel’s legacy but my own family’s is very important to me. I would change nothing about my college choice or how I spent my time here.”

Graduate: Jacob Stewart Best
Alumni: Col. David Stuart Best, USA (Ret.), ’62 and Steven Edgar Best, ’98
“My family is proud regardless of what company I am in, but being in the same company as my uncle is a great honor in my opinion.”

“Being a legacy is such a great experience because it allows you and whoever you are a legacy for to develop an even greater bond than before.”

“The coolest thing I could have ever done.”

“It’s pretty cool to keep up the family tradition.”

“It meant more to me then what I can put into words for the past four years to have been walking around Bravo Company and knowing that my Dad and I both went through similar challenging times and lived through it all to be able to talk about our times at The Citadel together.”

“I think the most special part of being a legacy is wearing the same ring as my father and making my family proud.”

“I’m proud to be a legacy graduate, especially since both of my younger brothers are legacy cadets right now and they’re doing Army ROTC like I am.”

“Being a legacy gave me a purpose larger than myself and a standard to live up to in order to make my family proud, and I know that the tradition of my family attending The Citadel will not end with me.”

“It’s been an absolute privilege to be the second graduate of the Citadel in my family.”

“Being a legacy means more since you have a family history at the school and in the same company.”

“To follow in the footsteps of my grandfather, father, and two uncles, cannot be described in words, but a connection that I will be able to cherish for years to come, and hopefully pass down to my children.”

“It’s an emotional feeling to share those things with my father and to have that bond that is beyond just being a father and son.”

“I am proud to be joining not only the Long Gray Line, but the long line of Citadel graduates in my family that came before me. In every sense of the word my father was with me every step of the way, and I could have never done it without him.

“To graduate from the same college as [my father] as well as the same company is something that will forever be special to my college experience and hold meaning to my band of gold.

“In a letter my father wrote to me on matriculation day, he told me to forge my own path during my time at The Citadel, and despite the many similarities I know I have accomplished this goal.”

“Coming into the Citadel I felt like I had a complete understanding of what the school was and what my experience would be like over my four years. I was immediately proven wrong, but that’s what The Citadel experience is supposed to do.”

“I’m just honored to follow in the footsteps of men better than myself, it’s a special thing. My father is the man I hope to be one day.”

“I am glad that I had the privilege of being a legacy cadet.”

“I am extremely proud to be a legacy graduate and carry on a tradition that is held very dear to our family.”

“Having my dad and his three brothers as graduates makes The Citadel an important part of my family.”

“It means a lot to me to know I can carry on my Dad’s torch and provide a solid foundation for my future family by going to The Citadel.”

“I made my decision to come to the Citadel not because I wanted to follow in my father’s footsteps but because I saw how the school made him into the man that he was and the people that he surrounded himself with. “

“It was definitely cool being a legacy and following in my father’s steps but I really did get to write my own legacy at the school.”

“I am extremely honored to be a legacy graduate of the Citadel and hope to improve upon the example set by those before me.”

“Being able to follow my father’s path has been a great opportunity.”

“It feels like a rite of passage within the family and our connections have grown stronger.”

“My grandad graduated in 1963 so it was practically a different school compared to present day. However I am proud to have walked the same grounds as him and wear the ring as a fellow graduate.”

“We are all very proud of the man that you have become. Leave nothing on the table and leave nothing up for interpretation. Gas it up, Stud!”

“I bet my daddy never thought when he took his daughter to his five year reunion that she would walk on as a cadet sixteen years later. I am forever grateful that we share this bond and that he introduced me to this amazing school.”

“My ring and diploma mean so much more to me knowing that they have carried on the third generation of Citadel graduates in my family.”

“I found valuable lessons about myself.”

Note: For legacy cadets or alumni wishing to add their photos to this list, we’re happy to add them; please send your photos to zwatson2@citadel.edu to be included.