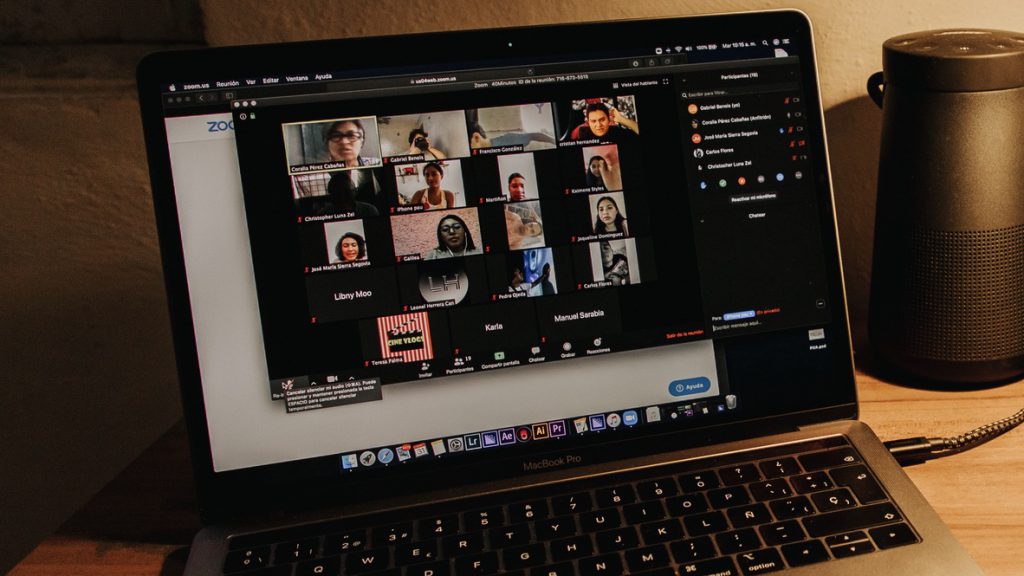 What was supposed to be a calm and reflective educational event hosted by the Avery Research Center for African American History and Culture quickly took a sinister turn after anonymous internet trolls hijacked the video conference call and began spewing racist threats and violent hate speech.

In recent weeks, as businesses and schools turn to the video platform Zoom.com to connect remotely, reports of “Zoombombing,” a phenomenon where uninvited guests join video calls, have increased across the United States.

Originally thought of as simple pranks orchestrated by internet trolls, some Zoombombing incidents, including what happened to the Avery Research Center, have escalated to the level of organized online abuse.

On April 13, the center attempted to host a virtual screening of “While I Breathe, I Hope,” a documentary following Bakari Sellers’ 2014 bid for lieutenant governor. Many community elders were tuning in virtually, said Daron Lee Calhoun II, the Avery Center’s director of public programming and outreach.

The screening was ultimately canceled after the Zoom meeting was twice hijacked.

During the first incident, a hacker took control of the livestream and drew swastikas on the screen, Calhoun said. The event organizers immediately shut the meeting down and then re-added guests individually. Another intruder somehow managed to join the event for a second time a few minutes later and spammed the chat room with violent, offensive language and racial slurs.

“They don’t scare us at all. It’s just unfortunate that we have to go through this,” Calhoun said.

Once schools and colleges across the state were closed to prevent the spread of the coronavirus last month, the Avery Center worked to quickly transition all of its public outreach events and materials to a digital platform. Prior to the documentary screening, the center had hosted a handful of virtual events that went off without any problems, Calhoun said.

“We are investigating now how we can move forward because we’re not going to stop our events. That’s what we do,” he said. “But we are just looking at other platforms that we can use to keep everyone engaged.”

As educators and students adjust to teaching and learning from home as a result of the COVID-19 global pandemic, video streaming technology tools such as Zoom have become more and more popular. Zoom usage has ballooned recently, shifting from 10 million active daily users in December 2019 to more than 200 million daily users in March, the company reported.

But as the popularity of Zoom has increased, so have reports of targeted attacks from uninvited guests.

According to an analysis by The New York Times, there are dozens, if not hundreds, of social media accounts and message boards dedicated to sharing Zoombombing strategies and organizing Zoom “harassment campaigns.”

“We have been deeply upset to hear about these types of incidents. Zoom strongly condemns such behavior and recently updated several features to help our users more easily protect their meetings,” a Zoom spokesman said in an email to The Post and Courier.

In the wake of increased Zoombombing attacks, the company had implemented new features, such as adding meeting passwords and virtual waiting rooms automatically to new meetings.

She was terrified that an uninvited guest “could hack the Zoom account and ruin the whole program,” she said.

The federation took steps to try to reduce the risk of Zoombombers, Krantz said, and used standard security procedures advised by its national partners and the Anti-Defamation League.

Thankfully, the event went off without a hitch, she said.

“I think all the security precautions we took ended up paying off,” she said. “There are so many things that could have gone wrong with doing an online event, and we’re so happy that it went well.”

“With anti-Semitism on the rise, we always have to be careful,” she said.

Zoom meetings are designed to be used for small groups of people and not for large-scale public events, said Mark Staples, College of Charleston’s chief information officer. In addition to the incident at the Avery Center, there have been two other known Zoombombing attempts at College of Charleston, Staples said.

“This is new for a lot of us. This is unprecedented, what we’re all going through. … We’re using tools that generally we’ve not had a lot of time to train people on how to use effectively,” he said.

The Avery Center will no longer use Zoom to host public events, Staples said.

“They will not have this problem going forward,” he said.

At the University of South Carolina, spokesman Jeff Stensland said he wasn’t aware of any Zoombombing attempts.

“That said, we are advising faculty not to use Zoom for classroom instruction because of security concerns,” he said.

A Clemson University spokesman said there have been a few incidents of reported Zoombombing at the college after the transition to online-only instruction. Since then, the college has changed several security features to make its virtual meetings safer, he said.

Cory Nance, a visiting assistant professor of cybersecurity and computer science at The Citadel said that hackers are able to take control of Zoom meetings a few different ways. Some gain access if they find a link with the meeting ID posted on social media.

Another strategy, known as “war dialing,” is when hackers randomly try different strings of number combinations to try and find an active Zoom meeting.

“With it only being numeric values between nine and 11 digits, it’s pretty easy for them to find a few that are open and meeting presently,” Nance said.

There’s no real threat of physical or financial motive behind Zoombombing attacks, he said. Instead, their goal is simply to be disruptive.

To reduce the potential risk of Zoombombing attacks, Nance recommended that organizers always set a meeting password and don’t share the invite link publicly on social media if it can be avoided.

Staples said the College of Charleston will continue to use the Zoom software for small meetings. For larger-scale events, it will primarily use Microsoft Teams live events, which gives event organizers more control.

“If the risks begin to outweigh the benefits, we’re pulling the plug,” Staples said. “At this point in time, most of the risks are because we’re not using the product as it was designed.”