Researching the fundamental particles of matter 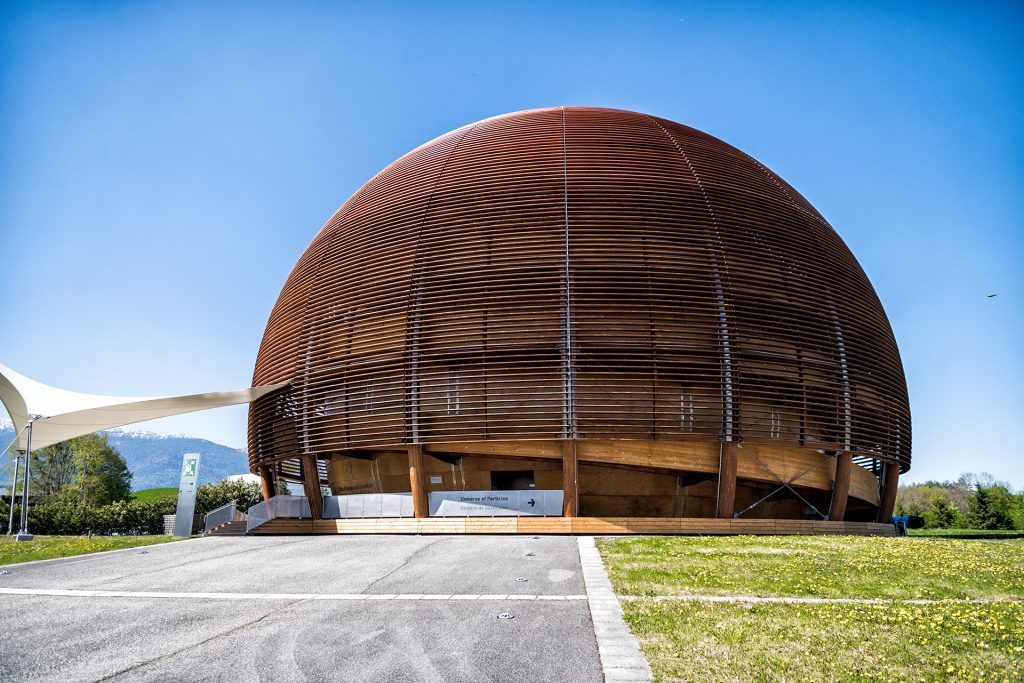 As Scott Yost describes it, the program he developed permits “the analysis of electroweak interactions in collisions producing Z bosons, the neutral carrier of the weak interaction, at a precision not previously possible.” That is The Citadel professor’s nuclear physics talk for, “I’m helping lead some exciting global research and discovery in the world of nuclear physics.”

Several times a year, Yost travels to destinations where he continues his research into the interactions of the fundamental particles of matter. He is an elementary particle theorist who specializes in the precision of calculation processes at high-energy colliders around the world, including at the Large Hadron Collider (LHC) where he works through a Visiting Scientist affiliation he earned in 2014.

Yost has developed a program for analyzing collisions at LHC, and he is sharing that work with cadets at The Citadel who are helping test it, as well as with other scientists.

“My work applies to high energy physics colliders,” said Yost. “The LHC at CERN is presently the world’s only particle beam collider probing the high-energy frontier which is why it is I work there as often as possible.”

CERN is the European Organization for Nuclear Research in Geneva, Switzerland.

“The goal of our program is to add precision to the analysis of data from the LHC to maximize its use in refining our knowledge of the fundamental interactions between elementary particles. This could facilitate the discovery of new particles,” Yost explained.

His summertime travels include visiting the Institute of Nuclear Physics IFJ-PAN in Kraków, Poland, to meet with his collaborators.

Yost developed the program in collaboration with Stanislaw Jadach and Zbigniew Was, from the Institute in Kraków, and B.F.L. Ward of Baylor University. Yost spent a sabbatical in 2015-16 bringing the project to completion. They continue testing it and presenting it to other nuclear physicists.

“I initiated this project in 2008 at Princeton just before coming to The Citadel, and my collaborators are people I have worked with since 1991,” said Yost.

Following Kraków, Yost will be back at CERN for several weeks. He will participate in a workshop to determine how “our calculations affect a precision measurement of one of the Standard Model parameters.” According to CERN, the Standard Model of particle physics is a decades-old, well-tested theory about how the particles comprising the fundamental structure of matter, and the fundamental forces in the universe, such as electromagnetic force, relate to each other. Yost and his colleagues will share the findings from their workshop with nuclear physicists from around the world via video link.

In 2017, Yost presented his program at the RADCOR Conference on Applications of Quantum Field Theory to Elementary Particle Phenomenology in Salzburg, Austria. He brings all of these experiences and his zeal for nuclear physics back to his classroom at The Citadel.

“I was fortunate for the rare opportunity to be visiting an experimental hall at CERN when the LCH was stopped for a short time. I was able to enter a chamber usually closed due to radiation when the collider is running,” said Yost. “I took a photo with the Compact Muon Solenoid detector behind me to show to my physics classes at The Citadel.”

Yost explained that as a theorist, he is normally working at a desk with a computer. “When we take our work to facilities where it can be tested, and observe the work of other physicists, it is exhilarating.”