As seen in the Charleston Chronicle, by Barney Blakeney

Montray Robinson, a Goose Creek High School graduate, is the first recipient of the PFC Ralph Johnson, USMC, MOH Scholarship. Robinson graduated last May in the top third of his class. While in school, he played soccer and was a member of the school’s band. He reported to The Citadel March 11 where he was assigned to the Regimental Band and plans to pursue a degree in Mechanical Engineering.

The Ralph Johnson Scholarship was established this summer for the amount of $5,000 per year. The scholarship honors the service and sacrifice of Private Ralph H. Johnson, United States Marine Corps and Medal of Honor recipient. A native of Charleston, Johnson sacrificed his life to save the lives of his fellow marines while serving in Vietnam. His sacrifice forever changed the lives of those with whom he served, said Capt. Taylor Skardon, USN (Ret.), The Citadel.

Johnson posthumously received the Purple Heart and the highest U.S. military award, the Medal of Honor. In 1991, the Charleston VA Medical Center was renamed the Ralph Henry Johnson VA Medical Center in his honor. In 2012, the Secretary of the Navy recognized Johnson’s sacrifice and designated a new destroyer as the USS Ralph H. Johnson (DDG 114). The destroyer is one of the most technologically advanced in the Navy’s fleet. March 19, the USS Ralph H. Johnson (DDG 114) cruised into Charleston harbor and moored at the Columbus Street Terminal. The newly built Arliegh Burke-class destroyer officially was commissioned March 24. 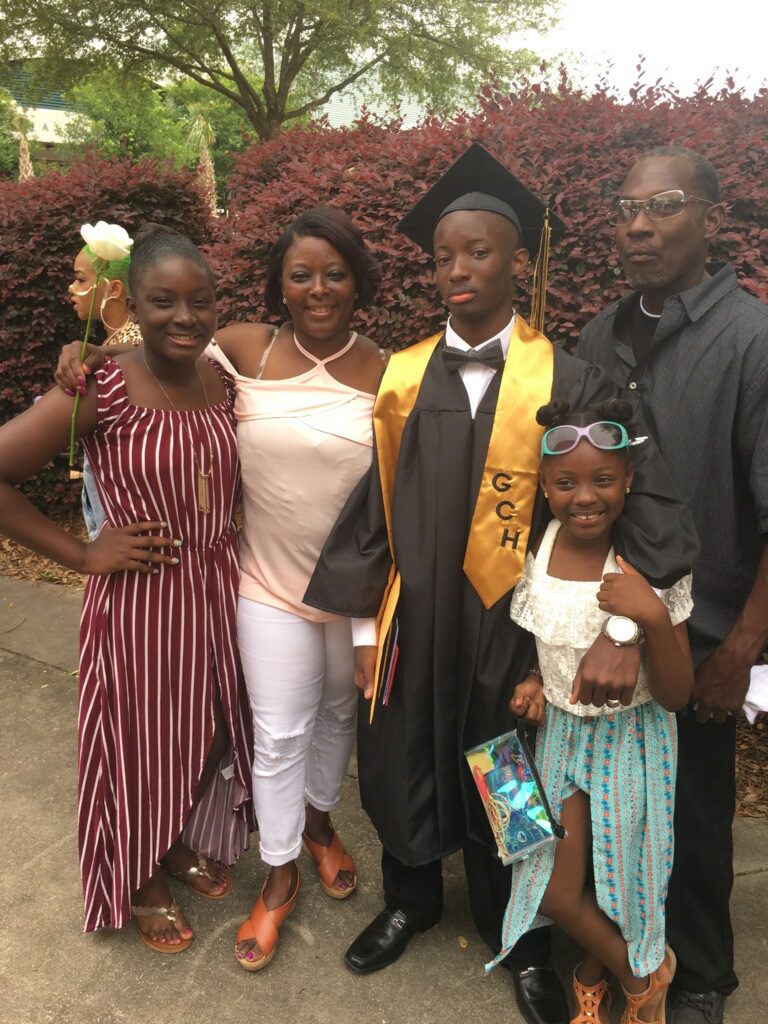 During the process of planning the commissioning ceremony, members of the committee were struck at how many people in our community did not know the story behind Johnson’s service and sacrifice. They wanted to continue Johnson’s legacy of “changing lives” which can best be done through education. Awarding a scholarship in his name provides the opportunity to remember Johnson’s story each year. That drives the criteria of selecting someone from the local area who lacks the financial resources, but has the desire and skills to attend The Citadel pursuing a degree in one of the STEM fields. Their preference is someone from the African American community.

Robinson is the son of residential and commercial painter Montray Robinson, Sr., owner of “Above and Beyond” and LaTarsha Robinson, a Burke High School graduate and headstart teacher in Berkeley County School District. He has two sisters, Montasia and Taraji Robinson.

LaTarsha Robinson grew up in the North Central peninsula neighborhood where Johnson’s sister, Helen Richards lived. “We thank God for this opportunity,” said LaTarsha Robinson. “Knowing Mrs. Helen and her daughters, I know my son will make her brother proud.” She noted her son only missed one day of school in 12 years due to an asthma attack.

Robinson said her son’s bond with family made the transition to The Citadel challenging especially for his ‘best friend’, his eight-year-old younger sister. But his focus which made him one of two ‘knobs’ to make The Citadel’s drumline, is helping him overcome that challenge. And the scholarship award helps his family overcome the financial challenge tuition presents, she said.

Skardon said normally it takes five years to establish a scholarship, but due to the overwhelming response from the local community, the committee was able to start the scholarship this year. Currently there is enough in the endowment to award $5,000 in perpetuity. “We aren’t satisfied with that amount, so we will continue our fundraising efforts in hope we can raise enough to award a full four year scholarship,” he said.

Those interested in donating to the scholarship can do so by going to The Citadel Foundation’s website at foundation.citadel.edu or contacting the committee by e-mail at ddg114cc@gmail.com. 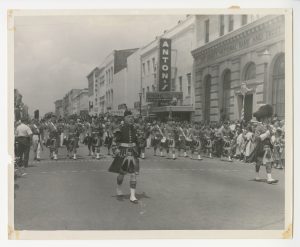 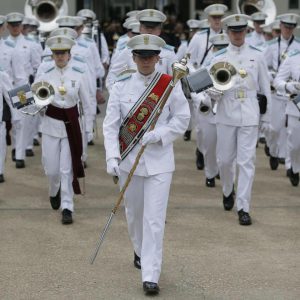 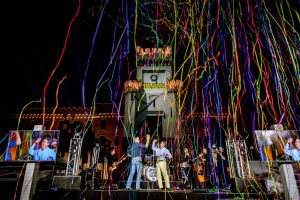