Oikos, economics, and our coastal ecosystems 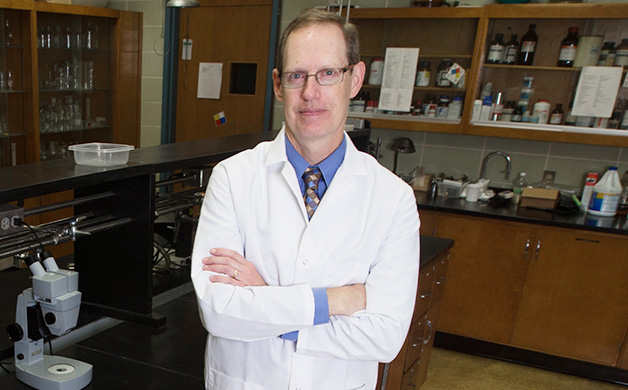 As seen in Charleston Business Magazine, by John Eric Weinstein, Ph.D., professor at The Citadel

As disciplines, economics and ecology are largely thought of as distinct and separate from one another, often taught on opposite ends of campus. However, both terms are derived from the same Greek word “oikos,” which means one’s place to live, or household. Economics deals with the management of the “household,” referring to the production, distribution, and consumption of material wealth, much of which are derived from our natural resources. Ecology, on the other hand, is the study of the “household” (where household here refers to nature), and concerns the interrelationship of living things to the environment. Aside from the Greek lesson, it’s worth noting that these two disciplines are more closely related than is generally thought, and as I hope to illustrate, the two are fundamentally intertwined.

Our coastal ecosystems provide us with goods and services that have not only defined our early history and culture, but also fuel today’s local economy by generating material wealth. These ecosystems provide us with seafood, tourism, recreation, flood control, protection from storm surge, shipping routes, and one of the busiest ports on the East Coast. And, with their scenic vistas, our coastal waterways are alluring and highly desirable places to live, resulting in enhanced property values and a high quality of life. According to Drs. David Willis and Thomas Straka of Clemson University, the total impact of coastal tourism alone on the South Carolina economy is nearly $9 billion per year, providing 100,000 jobs. Commercial fisheries contribute another $42 million per year to our economy, providing 840 jobs. In fact, the total economic output of our state’s coastal resources has been estimated to be $40 billion per year and accounts for 25 percent of the state’s employment growth.

What are the greatest threats to the goods and services that our coastal ecosystems provide? At the top of that list is coastal development. If not managed wisely, development, in the form of urban sprawl, can lead to habitat degradation and impairment of ecosystem services. Poorly planned development creates large amounts of paved surfaces, including roads, parking lots, and roofs. These impervious surfaces prevent rainfall from slowly penetrating into the soil. Instead, runoff is quickly flushed into our waterways, carrying chemicals (such as fertilizers, pesticides, and oil) and pathogens (such as fecal bacteria). Following more than 20 years of research, Drs. Fred Holland and Denise Sanger (and associates) at the S.C. Department of Natural Resources found that watersheds surrounding tidal creeks and salt marshes with more than 10 percent impervious surface (typical of older subdivisions on James Island with narrow streets and larger lots) have increased chemical and bacterial pollution. Watersheds with between 20 and 30 percent impervious surface (typical of newer subdivisions in West Ashley and Mount Pleasant with wide streets, smaller lots, and retail stores) have levels of chemical pollution that are toxic to living organisms, resulting in altered species abundance and ecological processes. Beyond 30 percent impervious surface (typical of high density areas of Mount Pleasant and the urban peninsula of Charleston), these researchers found all of the above, as well as an increased risk of flooding and an increased risk to public health, all of which have profound economic consequences.

Other forms of pollution also threaten our coastal ecosystems. Pollution impacts the local economy through declining abundance and quality of seafood, decreased tourism, depreciated real estate values, and increased clean-up costs. Sixty years ago, untreated sewage and legacy industrial waste were the major pollution concerns in Charleston Harbor. Largely through federal and state efforts, these problems were effectively mitigated. Today, plastic debris is one emerging threat. Studies conducted by my research laboratory have estimated that there are 7 ½ tons of plastic litter on the shoreline of the Charleston Harbor. We also found that plastic debris in the harbor begins to break down much more quickly than was generally thought, in as little as 4 weeks. As plastics break down, microscopic plastic particles, referred to as microplastics, are emitted from their surface. In fact, we estimate that one single 9-inch foam plate discarded in a salt marsh will produce more than 46,000 microplastic particles while it breaks down. That’s enough to pollute each mile of shoreline in the harbor with 150 particles! Now imagine the enormity of the microplastic problem if there’s 7 ½ tons of plastic debris in the harbor and more entering every day. Microplastics threaten our local seafood since these particles are ingested by shrimp, fish, and oysters, blocking their digestive systems. The human health risks associated with microplastic particles in seafood are not yet fully understood, but concerns over the leaching of harmful chemicals, including bisphenol A, have been expressed. Solutions to the plastic pollution problem include better managing their use and disposing of and cleaning up the existing litter.

Another emerging threat that we’ve identified in coastal waterway sediments are the microscopic particles produced as car and truck tires wear down on road surfaces. Over the lifetime of a tire, about 30 percent wears down and is deposited on the roadway surface or in adjacent areas. In fact, it has been estimated that 1 gram of microscopic tire material is emitted from the average car every 4.7 miles. And just like microplastics, tire particles can be ingested by the creatures living in the harbor, including our seafood. A better understanding of the pathways by which these particles enter our coastal waterways is required before management solutions can be proposed.

The goods and services provided by our coastal ecosystems contribute billions of dollars to our local economy and provide a high quality of life for our residents. Ensuring that these ecosystems are well-managed is essential for the economic well-being of our “oikos.”

John Eric Weinstein, Ph.D is a professor of physiology for The Citadel School of Science and Mathematics whose current research interests are in the area of aquatic toxicology.

Department of BiologySwain Family School of Science and Mathematics