Michael Brady, a 1990 Citadel graduate and current fellow of Intelligence and Security Studies, served in the Army for 20 years.

During his service, Brady performed a wide variety of tactical and strategic intelligence functions including long-range surveillance, interrogation and predictive analysis. Additionally, he served as the director for the Presidential Emergency Operations Center in the White House during the 9/11 attacks. 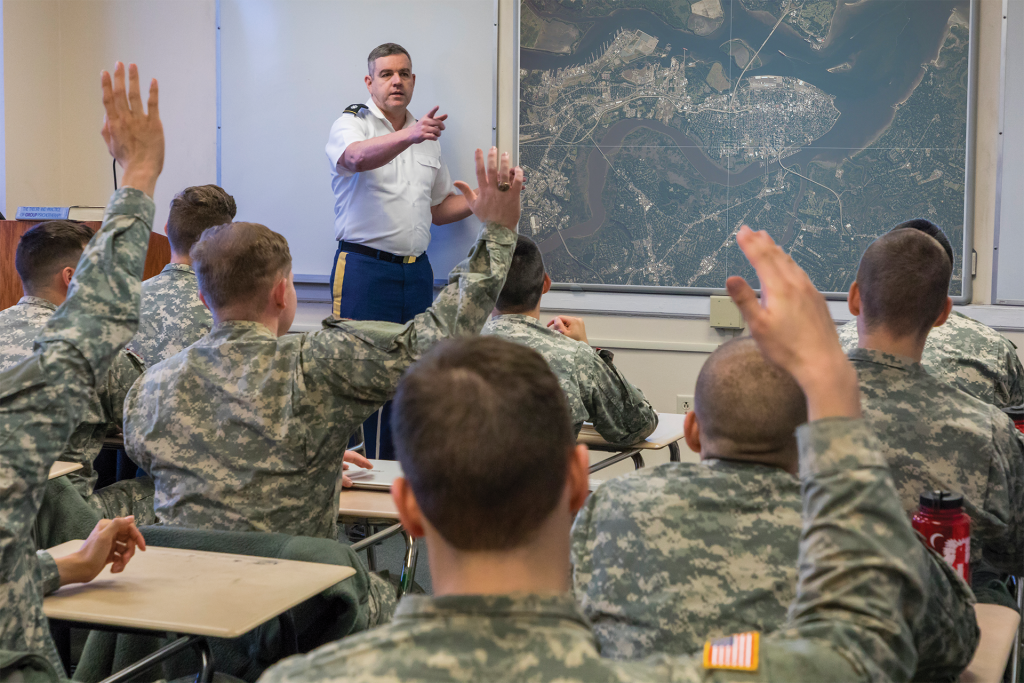 Brady discusses what inspired him to join the military and what leadership skills he gained over the years.

Current role at The Citadel: I am the Citadel fellow of Intelligence and Security Studies.

What year did you graduate from The Citadel? I graduated in 1990 and studied history.

Why did you join the military? I joined the Army because I wanted to serve my country and be a part of something greater than myself.

Why did you choose to work at The Citadel? I actually lost my wife to breast cancer many years ago and relocated to Charleston on a compassionate assignment. I’ve been working at The Citadel since 2006.

What leadership qualities did you learn in the military that have helped guide you through your career/life? Give the men and women you work with clear goals with the resources they need, then stay out of the way.

ArmyDepartment of Intelligence and Security StudiesSchool of Humanities and Social Sciences