Drilling down into the details; freshmen cadets compete in Kelly Cup 2020 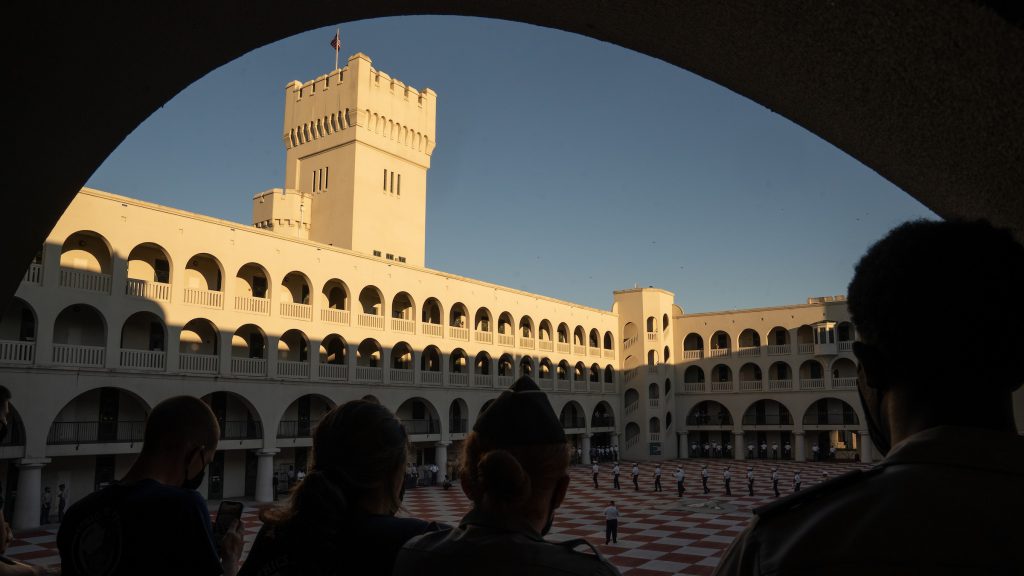 One of the primary responsibilities for upperclassmen at The Citadel is to provide military instruction to the freshmen class. And now, one company on campus can spend the year bragging about the quality of their training.

Just before the clock on the tower of Padgett-Thomas Barracks struck 7 p.m., the cheers from Echo Company, the winner of this year’s Kelly Cup, reverberated off the walls.

One of the annual traditions at The Citadel is the drill competition. This year, under a Citadel-blue sky as clear as the knobs’ stripe-less shoulder boards, was no different.

“Even with the obstacles that COVID-19 has brought us, we were still in it to win it,” said Cadet Sergeant Aaron Daninger, Echo squad’s leader. “Every single person on the squad had a hunger to win and to be the best they could possibly be.”

The Kelly Cup usually occurs on the Saturday during Parents Weekend — but, as with most everything else in the world, the pandemic forced the college to make adjustments.

However, like every year before, each of the college’s companies chose their ten best-drilled freshmen cadets for their squad. The 21 companies participated in a preliminary competition; four of those moved onto the finals, held on Wednesday, Sept. 30.

After Echo, in order of their final scores, the other competitors were Golf, Lima and Charlie Companies.